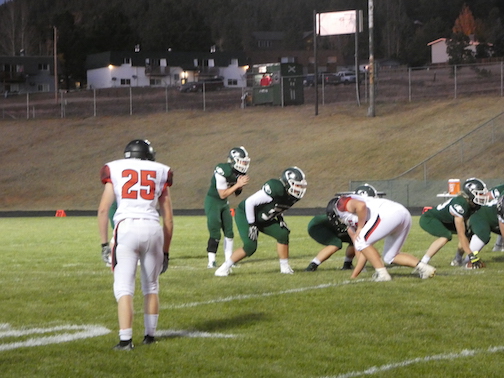 Maybe the Denver Broncos should get some inspiration from the spiraling Woodland Park Panthers, who are off to one of their best starts in nearly 15 years. 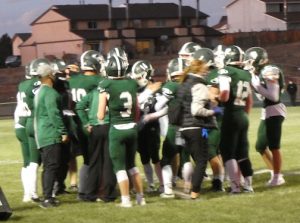 Last Saturday, during a rescheduled game, the Panthers came out and dominated  pigskin play in their first home match. The boys looked tough right from the start and they stayed in control the entire game that ended up in a 34-0 shutout victory for Woodland Park over the Elizabeth Cardinals.

The Panthers played their first game at their home stadium with coronavirus restrictions in place after it was rescheduled from Friday night to Saturday. This occurred because the Elizabeth team missed practice this week after some of their players came down with an ailment that wasn’t attributed to the COVID-19 epidemic. The Panthers were well prepared after winning their first match of 2020 in Alamosa, and the fact that their coach, Joe Roskam, was given the Denver Broncos High School Coach of the Week award last week.

The Panthers looked great all across the board as stellar plays were made offensively, defensively and on special teams. Their recent victory puts the team at a 2-0 start for the first time since 2006.

The Panther boys were quick to score and they were up 10-0 early in the second quarter. Then when the Elizabeth Cardinals got the ball back the Panther defense stopped them and forced the Cardinals to punt. During the punt, Caleb Graves got through the Cardinals line and blocked the punt and Gilbert Ramirez took the ball in for special teams’ touchdown.

From that point on, the Panthers stayed in absolute control of the game. Many of the team’s players had great games and put up amazing stats. Running Back Braden Roskam led the team offensively with 155 rushing yards with 21 carries.

Both of the Panther  quarterbacks, Colin Kucera and Mason Pyles, passed for more than 100 yards apiece and threw a total of three touchdown passes. Their favorite target during the game was Bryson Cox with six receptions for 55 yards. But, as far as long passes went, Andrew Harper came in clutch with three receptions for 108 yards and two touchdowns.

The team’s senior kicker, Alex Vonderharr, had a great game and was one of the Panthers’ top scorers. The star kicker had long kickoffs every time, two field goals and four extra points.

Defensively Braden Roskam leads the team as he has gotten a total of 10 tackles with three assists. Junior Andrew Harper also got the team’s first interception last week, which helped reinforce their defensive dominance throughout the game.

According to Coach Roskam, the team’s defense was a major factor in their big win. “We had an unbelievable defensive effort, we really shut them down,” the coach said. “I don’t know if they had very many first downs, maybe five total, for the game. Defensively we were real good. In special teams we were exceptional. And offensively, we only punted once but we did have a couple turnovers and those are some things we need to clean up. It was a really, really good team win we played really well in all three phases of the game.”

However, this week the Panthers face probably their biggest challenge of the 2020 season when they play at home against the Delta Panthers. Currently, Delta is also 2-0 but they are ranked in first place in the state in the 2A league.

Roskam said that the team will be focusing on a number of key areas this week to prepare for perhaps their biggest and most important match of the year. “We need to take care of the ball,” he said. “And we need to play really great on defense. We have to score more touchdowns when we are in the red zone, we had to kick two field goals the other night and we really need to score touchdowns. And we need to keep our special teams winning because our special teams is a weapon right now. So we really need to play well in all of those phases.”

This week the Panthers will have home field advantage and they will be playing a team that will have to travel over four hours to get to the game. If the Panthers can pull it off this Friday, not only will they have beat the one of the best teams in the state, but they will have won half of their regular season games.  More importantly, this will brighten up their playoff prospects in a shortened coronavirus season.