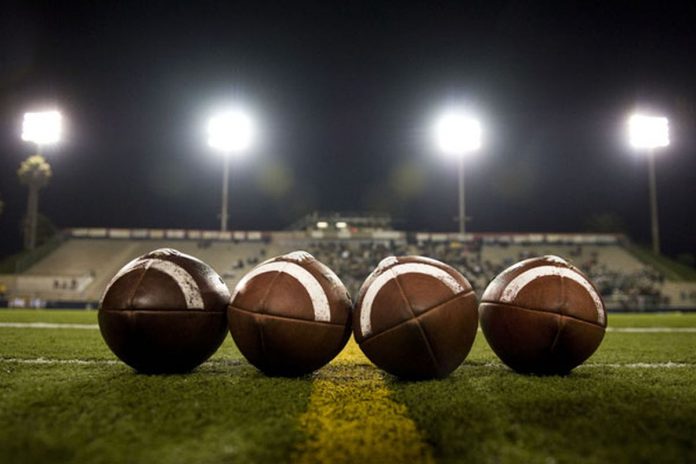 After several weeks of contested debates, the Colorado High School Activities Association (CHSAA) last week granted the green light for a fall football season, instead of forcing districts to wait until the spring for the return of a popular tradition.

With this verdict, “Friday Night Lights” will return to Woodland Park shortly, but it will be far from a business as usual pigskin scenario. In fact, the big question of live fan participation is still up in the air.

At first CHSAA only allowed golf, softball, and cross country to take place, and all other fall prep sports players had to wait until spring to show off their athletic abilities.

But after scores of parents spoke out against the state’s decision, specifically to not have football this fall, the CHSAA board met again. This followed Colorado Governor Jared Polis publicly declaring that he would be open to approving a plan for high school football. The CHSAA board first met and voted down the decision to hold football, or change any of their fall sports restrictions.

This vote prompted an outrage from a group within the state. The pro-fall football group even gathered at the CHSAA office in Denver and protested the fact that the board’s initial decision.

And then last week, the CHSAA board met again and officially approved football to start this fall season. The approval came after the Colorado Department of Public Health and Environment (CDPHE) accepted a variance submitted by CHSAA. The variance approval sets out specific guidelines that must be followed in order for schools to have football commence this fall, instead of waiting until the early spring season.

The guidelines also state that each individual school has the option of choosing to play football this fall season or waiting until spring. The state sports organization gave the schools a deadline of September 28 to choose whether they would be playing football this fall or next spring.

According to Woodland Park RE-2 School District Superintendent Steve Woolf, the local high school will be planning on playing this fall, so the Panthers will be seeing Friday Night Lights during 2020.

But Woolf did say that there might be several schools the Panthers normally play that will not participate this fall, opting instead for a spring return to pigskin action. Woolf said that The Classical Academy (TCA) had opted to play next spring, and that he was hoping the Manitou Springs High School, one of Woodland’s favorite regional rivals, will favor a return to fall football.

However, even though football will be allowed to commence in fall 2020, the season will be shortened and the regulations will drastically change the way the games are played. Under the new rules, high school football players can start practice this Thursday, and then all games are slated to begin on October 8.

The season will be shortened to only six regular season games on the gridiron. After the sixth game, those that make the playoffs will play their seventh game of the season on November 21 as a round of post-season play. Only the top eight teams in a class chosen by the four data points system will be invited into the first round of playoffs.

The winners of the first round  will then proceed to the semi-finals, which will take place on November 28. The state championships are slated for December 5.

Under the new policies, the teams that do not earn the top eight in their class still have the option of scheduling a seventh game. Even if a school’s football team is not elected into the post season, they can play a seventh game as a “Turkey Bowl” perhaps against one of their rival teams.

In order to allow high school students to hit the gridiron, the state health department has imposed of number of regulations on how games and practices must take place. However, 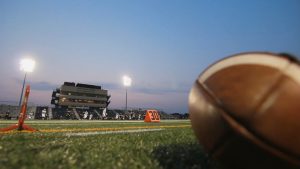 it has not yet been decided if locally fans will be allowed at the stadium to cheer on their hometown team.

According to Woolf, a group of school officials is meeting this week to officially approve the school district’s move into Phase Four, which is the loosest stage as far as school-related COVID-19 restrictions. If the district approves moving into the next phase then it is likely that fans will be allowed at the stadium, but at a limited capacity with face masks and social distancing guidelines in place.

The guidelines that are in place have to do with the players and support staff that  are out on the field during practice and game day. During practices, face masks are recommended and coaches must stay six feet away from the players. The players’ gear must be cleaned and sanitized weekly and any equipment used during practice must be sanitized after each use.

During games, the teams are only allowed a roster of 50 making a total of only 100 people on the field at one time. Anyone standing in-between the white lines in play must be wearing face masks that cover their mouth and nose. The guidelines also say that some local health departments may require players to wear masks while they are playing.

The rules also say that coaches and players must maintain a distance of three to six feet between each other. Therefore, the players’ box on the sideline will be extended from each 25-yard line to each 10-yard line to allow room for social distancing.

The regulations also limit the number of non-playing students such as managers and trainers to a maximum of four. However, cheerleaders will also be allowed to participate in their normal area off of the sidelines, but they will be required to stay six feet away from each other and wear face masks.

The days of having one large jug of water and players sharing water bottles also has to come to an end. There will be no shared water bottles allowed, so water stations will have to be spread further apart so that each player can have their own water bottle. It is also now required that hand sanitizer stations must be set up on each side of the field. The players and coaches are encouraged to use the hand sanitizer frequently during the games.

Other traditions will be spoiled during the coronavirus pandemic era of 2020, including the practice of going to the locker rooms before and after each game and practice. No locker room use will be allowed whatsoever including going to the locker room at halftime. Therefore, the players will now have to change into their gear before they go to games and practices, and they will not be able to change out of their football uniforms until they get home.

Another tradition that will be discontinued is that of the coin toss, determining  which team gets the opening kickoff. Under the new COVID-19 rules, there will be no pre-game coin toss allowed, but the kick and receiving teams will be chosen in a similar fashion, leaving it up to chance.