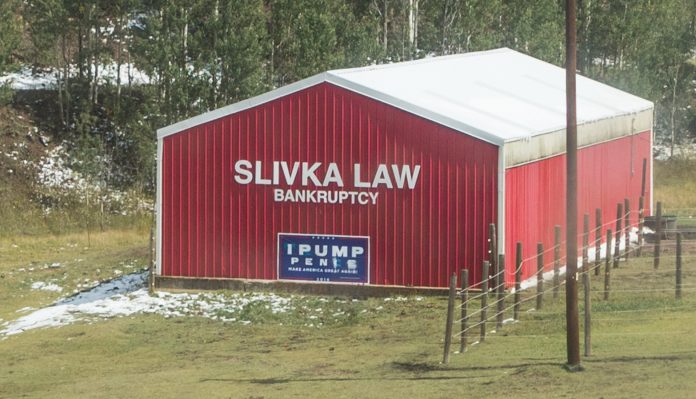 Teller County is Trump Country, based on local signs and campaign fever.

But apparently a few critics don’t agree and are resorting to vandalism to prove their point.

Last week, the vandalism of several signs supporting President Donald Trump on private property across the county generated much concern. Many signs that displayed “Vote Trump/Pence in 2020,” were destroyed, removed or visibly ruined with spray paint.

Social media posts have said that many signs posted on private property across the county have been getting vandalized and defaced for the past few weeks. Some of the posts on social media sites claim that certain signs have been the target of vandals more than one time, meaning that once a sign gets repaired or replaced, it quickly gets defaced again.

Most of the signs that have been destroyed are located on private property, so the culprits had to illegally trespass and, in some cases, jump a tall fence in order to commit the vandalism. Many people on social media have speculated that due to the rather high number of reported cases of trespassing and property destruction that the perpetrators could be facing federal felony charges based on the costs of the damage incurred.

According to Erik Stone, a newly-elected Teller County commissioner and former head of the Teller County Republicans, more than half a dozen signs have been attacked, and most of them had been defaced within a short time period. Stone said that it has been reported that eight signs in total have been vandalized, and six of the Trump signs in the county were struck in a 72-hour period.