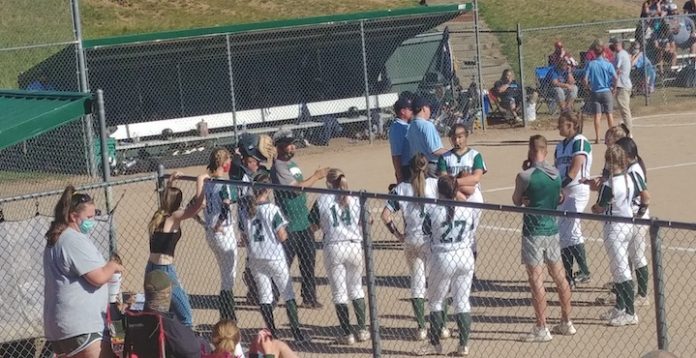 Girls’ softball is another sport spared from the COVID-19 fall axe due to pandemic concerns, and the Woodland Park Lady Panthers have hit the diamond-hard.

The ladies had an impressive start to their 2020 season as they came out swinging and won their first game in a dramatic fashion, which even garnered attention by a Colorado Springs television station.

But then ever since, the team has been hit or miss as all of their games have been either won or lost by a large margin. And they are currently hovering right around a .500 league record. But unfortunately, their overall record is not as successful at 3-6. According to the team’s new coach Richard Krause, the ladies need to win the rest of their in-league games in order to play in the state tournament since there will not be a regional tournament due to COVID-19.

Last Tuesday, the girls had another successful game as they beat Harrison on the road by a whopping 24 to 3 score. But then last Wednesday, the Lady Panthers played their rivals from Widefield at their home field at the Woodland Park Middle School and lost by a 13-2 score. The Panthers’ win last week did pull them out of a four game losing streak as the team lost all of the games they played the previous week.

According to Coach Krause, the team’s main strength this season has been their hitting. Many of their young stars have been able to come out and make some good plays offensively this season.

However, the coach did say that most of the players could work on their fielding skills in 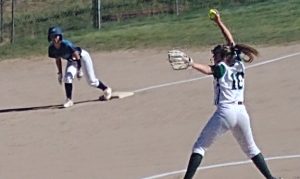 order to be successful for the rest of the season. He said that the players need to work on being able to catch more fly balls and making less errors while out on the field.

Krause said that two players, Junior catcher and shortstop Sierra Hilgner and Freshman 3rd base player Kinley Cargill have stood out above the rest when it comes hitting the ball. He also said that the team’s two pitchers Juniors Courtney McKee and Shaylee Schoendaler have played well on the mound so far this season.

The coach also said that he hopes the team can win the rest of their in-league games this year so that they have a chance at the state tournament. “At this point now all of our conference games need to be wins,” Krause said. “Because this year they are only taking the top 16 teams in the state. Since we don’t have regionals this year you have to be in the top 16 in the state to qualify. It is a change from last year because due to COVID there are no regionals and all of the teams will be going straight into the state championship tournament. So, at this point every game is important.”

Even though the coronavirus regulations have changed things, fans are still allowed to come cheer on the Lady Panthers when they play at home. The only stipulations are that when inside the fence watching the game, spectators must all wear face masks and stay six feet away from others.

During last week’s home match, several spectators could be seen in the stands and sitting outside of the fence watching the girls play. Coach Krause invites anyone who has missed live sports events since the pandemic struck to come out and cheer on the Lady Panthers.

“We have done a few improvements on the field, we have put some new dirt on there so we are making that field look a lot better,” Krause said. “It makes it nicer for the kids and nicer for the fans. Have the fans come out and watch and hopefully we will give them a good show.”

Coach Krause is new to the Panther softball team this year but he has a vast amount of experience coaching softball in competitive club teams. Krause first coached softball when he was stationed in Japan with the Marine Corp. and then continued coaching competitive 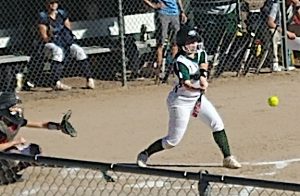 teams for the last 10 years before joining the staff at Woodland Park High School at the start of this school year.

Krause said that this year has been a challenge for him because he has had to teach more people the ins and outs of the game than he had to do in the past. But, the coach said that he enjoys his new challenge and hopes to bring success to the team.

This week the Lady Panthers play two conference games that they need to win in order to stay contenders in their league. This Tuesday at 6 p.m. the ladies travel on the road to take on the 3-2 Canon City Tigers. Then on Thursday, the Panthers have another road game against the 4-1 Coronado Cougars.