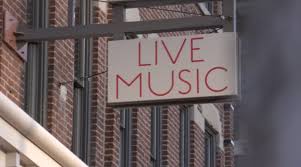 After getting muted during the coronavirus pandemic, live music is slowly making a comeback in the Ute Pass region, but with several key restrictions.

In the last month or two, many local venues have started putting performers and bands back on the stage, but some are still waiting until the regulations loosen up more.

State regulations started allowing live music performances last June when they changed the restrictions to level two: Safer at Home and in the Vast Outdoors. Locally, the variance that was approved for the county around the same time does allow live music to be held in 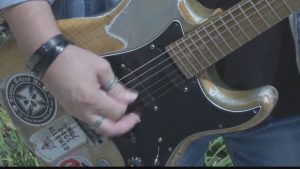 bars, restaurants, and other venues. However, some of the venues waited until confirmed case numbers were on the decrease, and just started having live music back in the last month or so.

According to state regulations, bars and restaurants can only operate at 50% capacity or 50 people whichever is less. Therefore, any local venues that choose to have live music or other performances must limit their capacity to abide by state guidelines.

Currently, bars are only allowed to operate if they serve food. As a result,  any place that wants to host a live performance must be an establishment that serves food and operates as a restaurant as well. And, statewide restrictions require all bars and restaurants to be closed at 11 p.m., so any live shows must be over before 11. However, some rumors are persisting that this “last call” deadline may get extended.

The public health order also requires all band members (including singers) to wear face masks that cover their mouth and nose while performing. The performers must also all be checked for symptoms before getting on stage and if they have any symptoms they must not perform and are asked to self-quarantine.

The health order also asks that venues install barriers like Plexiglas to prevent the travel of aerosolized particles from the performers. All members of the band performing must also all be seated six feet away from each other.

The law also encourages venues to have it set up where performers go into a separate entrance and exit than the patrons. The performers are also not allowed to touch the audience and they are to remain in their designated performance area throughout the duration of their show.

However, if the performers do not go into the audience area, then they are not counted towards the allowed capacity in the building. The health order also requires all high touch 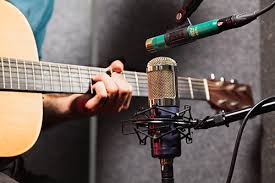 areas and equipment such as microphones, instruments, and props be disinfected between each use.

Despite the stringent regulations, though, several famous places to listen to music in the Ute Pass region have started to have live shows once again. And, more have said that they are working on coming up with a plan to start having different types of live performances.

The Blue Moose Tavern in Green Mountain Falls started having live bands and musicians play mainly on weekends, but they discontinued their shows after Labor Day. The local venue does, though plan on getting more live acts this fall and winter.

Crystola Roadhouse was one of the first live music venues to bring shows back on their stage. They started around the time of the motorcycle rally, and now live music has returned to their stage every Friday and Saturday night.

Another favorite local hangout spot in Woodland Park, The Country Lodge also started having live musicians play for their patrons for the last two months. The pub inside the lodge currently features live musical acts every Friday and Saturday evenings.

Heading further west to Divide, Russ’ Place Sports Bar and Grill was never known to be a place to listen to live music, but after the coronavirus shutdown, they decided to bring musical acts and a trivia night on Tuesday to their event schedule. On certain weekend evenings, the bar brings musicians such as local favorite Cari Dell to play to their patrons outside on the patio.

Another favorite spot on the west side of Teller County to listen to live music is the Thunderbird Inn located in Florissant. The Thunderbird went back to hosting their open mic night every Thursday night and they have other live performances on certain Saturdays and Sundays.

One of the newest eateries and water holes in the area, Peak View BBQ located in Woodland Park, is making plans and trying to figure out how they can have live acts. According to restaurant management, they have an idea of where in their building they would have live music set up, but they are waiting until they devise a plan that will follow all state regulations.

However, another famous spot to listen to music in Woodland Park, the Historic Ute Inn has not yet brought back live acts to their stage. According to the owner Elijah Murphy, the regulations make it tough for him to have any sort of performance inside his building.

“If I set up my bar area to where the audience sat 25 feet away from live performers, I would lose over half of the space that I have in my building,” Murphy said. “Therefore, I would only be able to have about ten customers in the bar during a live performance.”

Murphy did say though, that as soon as the state regulations loosen up more and become less stringent, the Ute Inn will bring back live acts.