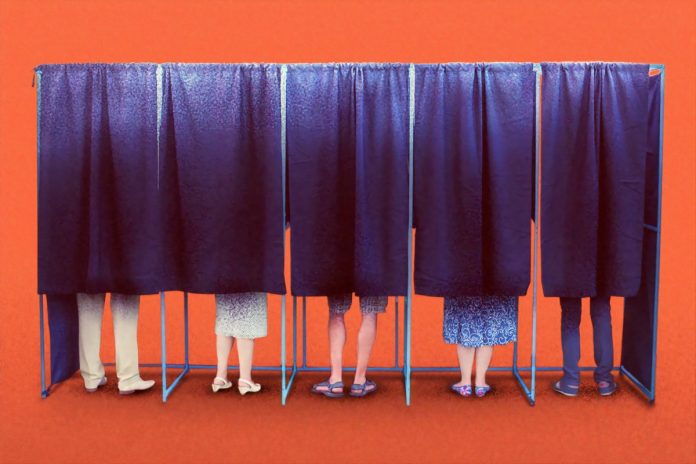 The town of Green Mountain Falls takes pride in charting its own course and securing a niche as a scenic hideaway in the Ute Pass, devoid of national politics.

In a somewhat surprising move and one running counter to actions taken by neighboring jurisdictions and business groups, the Green Mountain Falls Trustees refused to support a 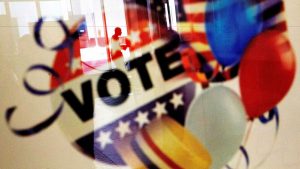 resolution opposing the   National Popular Vote Compact proposition. The Compact would set the future stage for all of the state’s electoral college votes to go to the winner of the national popular vote in a presidential election, regardless of the state verdict.

At issue is a state ballot proposition in November that gives Colorado voters the chance to decide the fate of this matter that has stirred much debate.

But the National Popular Vote effort has garnered strong opposition from Republicans in Colorado, and even by many Democrats and local civic and business leaders, who have cried foul. They say this movement would amount to denying citizens a voice and would give away their votes to the big states of  California, Texas and New York.

On the other side of the spectrum, proponents of the National Popular Vote movement argue that the electoral college system needs to be reformed.  They also say this is the best way to assure that everyone’s vote in a presidential contest really matters. 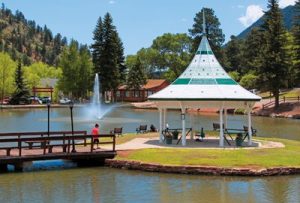 In any case, mot GMF trustees want the town to stay out of this political conflict, and to concern itself with more local issues, such as parks and trail beautification.

Despite a strong plea from Mayor Jane Newberry, most elected leaders declined to support the resolution that is being addressed by political leaders in many communities and counties in the region.

At last week’s meeting, Newberry spoke in favor of the resolution that adamantly opposes the National Popular Vote Compact, citing the need for checks and balances. She said she was approached earlier by Monument Mayor  Don Wilson, who helped spearhead the citizens’ initiative last year that forced this issue to a statewide vote in Nov. 2020.

“This is really protecting Colorado’s vote,” said Newberry. Moreover, she supported efforts to oppose the National Popular  Vote Compact, touting this as a  way to assure that “we are not going to throw away our votes to the large players.”

Under the National Popular Vote measure, Colorado’s nine electoral college tallies would be allocated to the winner of the national vote count in a presidential contest.   Currently, under a winner take all system, they are all given to which presidential candidate receives the most tallies across the state.

In making her comments, Newberry made it clear that the anti-National Popular Vote effort would give the state more clout, and wouldn’t matter which side of the political aisle you are on. “It gives Colorado some footing in the national arena,” said the mayor.

As noted in the resolution, the National Popular Vote plan would “relegate Colorado’s electorate to a mere bit player in presidential elections.”

This same theme is stressed by many civic groups in opposing the National Popular Vote effort.

The mayor’s comments, though, didn’t get a warm response by her fellow elected leaders.

Trustee Dyani Loo questioned why the town has to get involved in state and  national politics like this. “It really is an individual issue,” said Loo.

She said she would prefer that the town concentrate more on local improvements.  “How does it benefit the town?” questioned Loo.

“It is not binding,” replied Newberry, who hinted that this is more of a symbolic gesture.

The other trustees didn’t express any enthusiasm in getting behind the anti-National Popular Vote effort either. Trustee Kathryn Guthrie even indicated that the opposing resolution appears to support the status quo electoral college system, a process that she  believes needs to be reviewed. “There are some things that need to be changed (with the electoral college system),” said Guthrie.

Trustee Margaret Peterson cited the desire for more information, prior to getting behind the anti-National Popular Vote resolution.

But in the final vote, she joined the majority members in casting a no tally in the effort to support the anti-National Popular Vote resolution.  Newberry, though, voted to endorse the measure.

Later in the meeting, resident Rocco Blasi, a staunch critic of the mayor and Town Manager Angie Sprang, lauded the trustees, and especially Loo, for the position they took. He emphasized that the town should concentrate on more local issues, such as beautifying the town.

Oddly enough, GMF is one of the few towns and entities in the Pikes Peak region to not support the anti-National Popular Vote  resolution.  The Woodland Park City Council approved the resolution with no debate.

The Teller County commissioners are expected to follow suit.

Due to the region’s strong preponderance of Republican voters, this issue has commanded much attention.   The state’ GOP Party has strongly opposed the National Popular  Vote 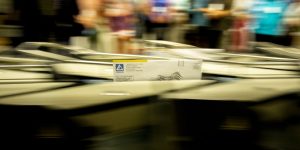 effort, saying it amounts to sour grapes over the successful election of Donald Trump in the 2016  presidential election, even though he fell fall short of winning the national vote.  The county’s GOP Party leaders heavily lobbied for opposing the National Popular Vote Compact,

And in recent months, more opposition has been mounted by business and chamber groups, who say the Popular Vote Compact clashes with the spirit established by our founding fathers, and really would take Colorado out of the presidential contest.

Any future changes would not go into effect until the following presidential election, slated for 2024. In order for the change to be implemented, a number of states, equivalent to a  minimum of 270 electoral college votes, must give the okay. To date, about a dozen states have said yes to the National Popular Vote Interstate Compact.