Last Thursday evening, the Woodland Park City Council held a work session on a proposal to eliminate business license fees and to bring back vendor “tax credits” in an effort to assist local retailers.

The Downtown Development Authority (DDA) has been trying to get council to take up these issues for almost a year now, but the council keeps kicking it down the road. Now council has decided to table the issue again until next year’s budget talks begin.

The vendor’s fee took up most of the discussion at the meeting. Mayor Val Carr began the 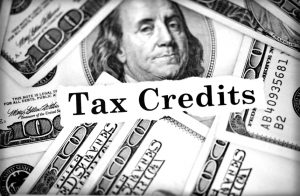 discussion with a brief introduction of what the vendor’s fee represents. He said, “Vendor’s fee is actually a tax credit.”

Essentially, the vendor’s fee reimburses businesses for the work they do in order to submit sales taxes to the city. The city used to have a vendor’s fee in place but in 1994 the council voted to remove the fee in order to put more money back into improving the downtown infrastructure.

According to DDA Treasurer Tanner Coy, “The money does not get used for what it was intended. The requirement to use those funds downtown was forgotten over time and the funds have simply been added to the city’s general fund under a special line item in the fund, and used for anything required by the city budget,”

When discussion got under way, City Manager Darrin Tangeman spoke on the impacts of reinstating the vendor’s fee for the city and the tax entities which rely on this revenue. Those entities include the school district and the ambulance service. Tangeman estimated the impact to the city’s coffers would be in the area of $321,000.

Tangeman suggested that if council decided to reinstate the vendor’s fee that it be phased in over two to three years. His rational for that recommendation is that the city needs the tax revenue now to pay down the city’s debt, which is a major concern of the council.

Councilwoman Kellie Case offered her opinion on the issue. Case argued that with current technological advances in tax preparation software and computers, businesses are able to calculate sales taxes owed to the city with little effort. Case said, “I would suggest that the 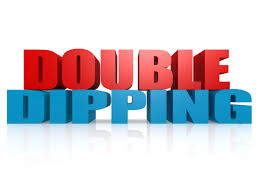 position that this is cumbersome to retailers, I just don’t see it.” She cited the fact that retailers are compensated with a state vendor’s fee and believes businesses are therefore “double-dipping.”

Councilman Rusty Neal agreed to a point, stating the labor involved is “negligible.” Moreover, he suggested that reducing the city’s debt is more important at this time.

However, Councilman Robert Zuluaga staunchly disagreed. He argued that the city has been holding this money for years, and that businesses are better suited to use the money efficiently than the government. He said, “We are holding their funds in my eye that are not rightfully ours.”

When the floor was open to the attendees, Coy spoke in favor of reinstating the fee. He began by stating that remitting sales tax is not as simple as it looks. Coy presented an Excel spreadsheet that disputed Tangeman’s assessment of how much the city would be impacted financially. Coy based this analysis by including a cap on how much a retailer could receive through the vendor’s fee reimbursement.

After Coy’s presentation, Councilman Jim Pfaff, who had been waiting to air his opinion, spoke up. Pfaff embarked on an anti-tax rant and called all taxation “theft” that the people agree to pay.

Ultimately, Tangeman suggested the issue be tabled until budget talks begin. The council agreed with this suggestion.

Council then took up the issue of business license fees. This discussion was much shorter than the debate on the vendor’s fee.

Some on council argued that $50 a year is not a lot of money, while others suggested a one-time fee of $50 for the first year and $10 for ensuing years would be acceptable. This issue too was tabled until budget talks begin.