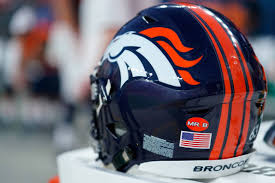 The long-awaited verdict on whether fans will be allowed to attend the Bronco’s home opener against the Tennessee Titans at Empower Field on September 14, has been delivered: No fans allowed.

According to the Bronco front office, the decision, which was made together with the state, maintains the importance of public health as a top priority.

The Bronco’s front office stated, “Working in collaboration with the state and with safety as the top priority, we have made the decision that our home opener against Tennessee at Empower Field at Mile High will be played without fans,” the team said in a statement. “We are grateful for the loyalty and enthusiasm that Broncos fans have shown this year—despite such challenging circumstances—but this is the responsible thing to do right now for our community.

“Our organization remains hopeful that we can host a limited number of fans on a gradually increasing basis beginning early this season. Taking a careful, measured approach with attendance will allow us to evaluate and adjust all COVID-19 safety enhancements before moving forward.

“We will continue to work closely and in collaboration with the state to determine the next steps, ensuring we are doing our part to protect the health of our fans and community.”

Fans are climbing the walls hoping they will be allowed to attend the second home game against the Tampa Bay Bucs on September 27.. We all want a piece of Tom Brady and Gronk.

In other Bronco news, the Broncos have held 11 days of practice. With the elimination of all preseason games, the entire NFL is relying strictly on practice to slim down the rosters to the required 53-man teams.

Having watched every day of practice on the net, I can make some predictions and reveal some revelations as to how things are looking for the 2020-21 Bronco season.

First, in the minds of most Bronco fans is, how is (quarterback) Drew Lock looking? “The answer my friends is blowing in the wind.” What I mean by that is, Lock has shown spurts of brilliance and at other times thrown some rookie interceptions. There is no question Lock has a big arm, it just seems sometimes he tries to fit passes into tiny windows that snap shut in an instant.

The bad news from the rest of the quarterback room is, Brett Rypien, and Jeff Driskel are awful with a capital AWE. You better pray Lock stays healthy.

Arguably second in the minds of Bronco fans, is the offensive line. What I’ve seen so far is 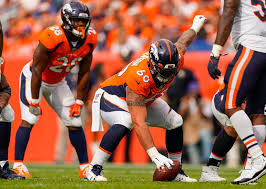 that the line is doing a great job in pass protection, but is failing in the run game. The addition of Graham Glasgow at right guard should help once he gets used to the scheme. With the addition of Melvin Gordon, the eternal favorite Phillip Lindsay, Royce Freeman, and new comer La Vante Bellamy running the ball you would think those guys would be cutting pieces of the field up with their moves. Nope. I’ve seen holes close quicker than a clam.

How About ‘Them’ Rookies?

The jewel of the draft is undoubtedly wide receiver Jerry Jeudy. He’s the real deal. Coupled him with Courtland Sutton and those two are going to light it up this year. KJ Hamler is the Bronco’s answer to Chief’s speed goat Tyreek Hill. He’s got speed. Unfortunately, he is nursing a hamstring pull as of this writing.

The other notable rookies are Lloyd Cushenberry, center, Michael Ojemudia, cornerback, and Albert Okeweugbunam, tight end. All of them are likely to make the final cut.

In the defensive back field, the addition of AJ Bouye, and Bryce Callahan coming off season ending injury last year, things are looking good. Also coming off of injury De’Vante Bausby has had a great camp. Kareem Jackson and Justin Simmons will be the best safety duo in the league this year.

The defensive line and line backers are also looking good with the only weak spot there being inside linebacker. We still need a guy to cover tight ends across the middle. News has it that the Broncos are bringing in Mark Barron, inside linebacker from the Steelers for a tryout in that position. Odd man out this year is local favorite Josey Jewel. During one practice I saw Lindsay take Jewel to the ground on a pass rush. This does not bode well for Jewel’s future as a Bronco.

On the edge, Von Miller will have his buddy Bradley Chubb back. These two are going to be pasting quarterbacks all season long barring injury.

Finally, the tight ends. There’s a big crowd in that room and some of them have to go. There are six guys there and the team will likely cut at least two. On the outs are Troy Fumagalli, and Andrew Beck. Noah Fant is a shoe in and has had a great camp. Rookie Albert Okwuegbunam is a beast but his blocking skills are lacking. The Broncos signed Nick Varnnett from the Seahawks this year. He’s a big dude and will make a good blocker, but don’t look for him to be catching any balls. In my opinion, I’d keep Beck and dump Varnnett, but what do I know.

Any way that wraps up this installment of Broncos Insider. It’s going to be an interesting season. Not having played one game yet, I’m going to say the Broncos go 10-6 this season and make the playoffs as a wildcard.