The Woodland Park City Council has given the preliminary go-ahead for a 16-unit duplex development on controversial ground, located just north of the Walmart center.

Ordinance 1382 grants the preliminary plat and site plan for Brecken Hills, LLC (Mark McNab) and Quaking Aspens, LLC (Gary Edmonds). More specifically, it allows them to develop a 32-unit multi-family project (16 duplexes) including public and private open space, and a public right of way.  The proposed project, which passed a key hurdle last week, is  located at 19569 E. US Highway 24, in the east part of town.

The project was approved at last week’s council meeting with certain conditions. Those conditions include a traffic study to be completed by the Colorado Department of Transportation (CDOT) to determine the safety of access to the development. The safety of the access to the site was a primary concern of citizens who spoke against the project at the planning commission review of the project. The entrance to the project is located directly north of the entrance to the Walmart complex.

Residents are worried that traffic turning left off of Hwy. 24 onto Morning Sun Drive will be faced with traffic backups and delays. Another concern is that people turning left into the 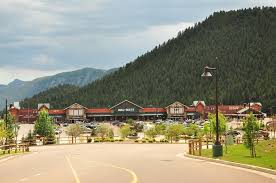 proposed project area will result in an increase in accidents from traffic coming southbound on Morning Sun Drive. The left turn onto the property is very close to a sharp right-hand curve, which residents believe will be a blind spot for southbound drivers.

Other conditions include: no unit will be allowed to have storage buildings, height of the units will not exceed 30’ as per city code, a home owners association must be formed, and wildfire mitigation must be addressed.

The developer, Mark McNab, addressed council on the benefits of the project. He touted the 4.2 acres of open space and walking trails the project will provide and deed to the city for public use. McNab said, “The proposed city park will help tie in the Sun Valley Park Trail master plan hiking trail to connect the north area to complete the loop.”

McNab also stated that the units will provide “attainable” housing for Woodland Park residents. He said, “Our main goal is to offer attainable housing for the Teller County area and specifically Woodland Park.” According to McNab, the cost of the duplexes will be in the “mid $300,000” range.

McNab also told council that he could have constructed up to 108-units on the property, given the zoning regulations, but decided he wanted to build a project that is more intimate and in harmony with the land. The project was approved unanimously by council.

In 2018, the property in question was the subject of great debate and anger by residents, when Quaking Aspen LLC proposed a zoning change to build a gated tiny home community on the land. Scores of residents poured into planning commission meetings to oppose that project. Ultimately, that project was withdrawn be the developers.

It will be some time before this project comes to fruition as it must first adhere to all the conditions established, as part of the  council’s approval process.