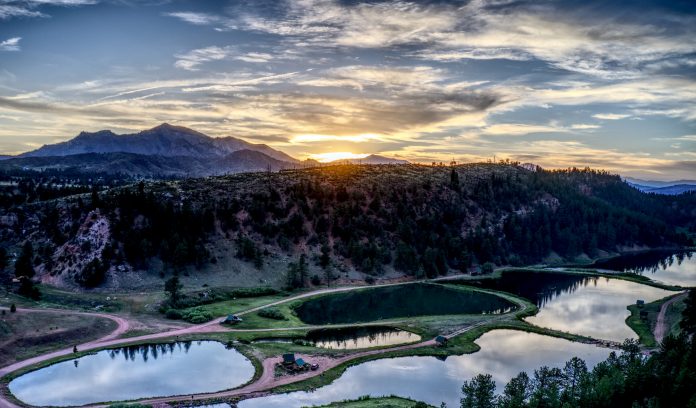 A nearly 30-year dead body mystery, dealing with a person dubbed for years as “Jane Doe,” has partially been solved, although officials are still asking for more information from the public.

Questions still persist, with authorities suspecting the missing person may have been murdered.

In the summer of 1993,  Douglas County Sheriff’s deputies arrived at a makeshift campsite in the Rainbow Falls area about 10 miles north of Woodland Park and found the dead body of a woman.

Due to the severe condition in which the body was found, detectives were not able to identify her and she was known as “Jane Doe” for nearly 30 years.

However, earlier this summer the cold case detective with the Douglas County Sheriff’s Office received new genealogical information in the investigation that would help identify the body. Last Thursday, the Douglas County Sheriff’s office held a press conference to announce that after exhuming the remains and matching DNA to the new genealogical data, it is now known that the body was that of 20-year-old Rebecca “Becky” Ann Rodecker.

During the press conference, Douglas County Sheriff Tony Spurlock (who was a deputy of the department in 1993 when the body was found) described some of what the investigation looked like over the past several years.

“Unfortunately, the way that Becky was found, we were unable to do a facial photograph, we were unable to share that,” Spurlock said. “There was some work done where there was some facial reconstruction. We did do a number of press releases over the years with that to  show it and say ‘hey does anyone recognize this person?’ But again, we were using technology that was of course working in the dark. So, unfortunately it wasn’t until we were able to do the genealogical tie and we were able to connect all of the dots that we were able to locate her family.”

The sheriff said that the investigators believe that Rodecker’s body was found less than 72 hours after she was supposedly murdered. Spurlock also said that the cold case detectives are currently reviewing all of the evidence received in the case back in 1993.

Last week, the sheriff gave Douglas County Undersheriff Holly Nicholson-Kluth, who was the original detective assigned to the case, a chance to comment on the new findings. “As a new detective in 1993, I had no idea that this case would haunt me for 27 years,” Nicholson-Kluth said. “Over the years many, many people were involved in reconstructions of what she may have looked like, of the crime scene, of evidence, examinations, and working with a variety of agencies to try to examine what we had left of Rebecca. And I just have to say that I am just so thankful that this part has been solved and that after all of this time there’s now a family that we know this girl belonged to. And she is someone and is no longer our ‘Jane Doe.’”

The sheriff also said that they were able to identify Rodecker’s remains with the help of Crime stoppers, based out of Denver. Crime stoppers has also offered a $10,000 reward for information leading to the death of Rodecker.

The sheriff’s office asked anyone who knew Rodecker, or possibly went to school with her to notify deputies so they can find out more about her. Investigators also ask anyone with information regarding what Rodecker was doing during the summer of 1993 ,or who she was with to come forward.

“At this time, we are asking that anyone that knew Becky and might have any information about her around the time of her death, please contact Detective O’Harold at 720-474-6298,” the sheriff’s department said in a social media post.