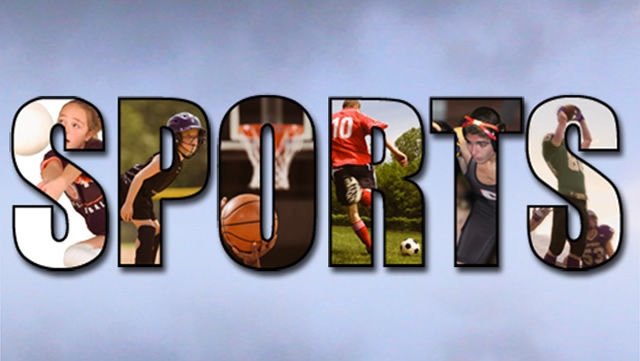 Last week, all local high school sports allowed to play this fall started their seasons. The golf team has now had two tournaments and the cross-country teams hit the hills last weekend for the first time.

The girls’ softball team played their first game last week and came out in force with their new head coach, Richard Krause. On their opening day last Thursday, the Lady Panthers challenged the Florence Huskies on the road in a match that they would end up winning by a whopping 17-3 score.

In fact, the Panthers played so well the game ended in five innings due to the Colorado High School Sports and Activities Association’s (CHSAA) mercy rule that ends a game when one team is leading by a large score. The girls pranced off the field after their shortened game with a taste of victory that should give them positive energy for the rest of the season.

The game stayed close in the first two innings, until the Panthers broke out and started scoring in the third inning. The game changed drastically in the favor of the Lady Panthers when freshmen third base player Kinley Cargill hit one out of the park to make the score 7-2. During the hit, a Huskie outfielder tried to make a play but fell over the fence trying to catch the homerun.

After the girls got ahead in the third, they just kept scoring runs. The ladies sealed the deal later in the game when Junior short stop Lexy Curran got a good hit to the deep right outfield that turned into an RBI triple play.

The Lady Panthers’ pitcher, Shalee Schoendaller, also had an exquisite first game by allowing only three runs. Schoendaller was on the mound for the entire game during the team’s first victory of the season.

All in all, the Lady Panthers were excited and happy to be out playing on the field. “It’s really fun,” Cargill said. “They are a really great team and I love playing with them.”

The girls’ shortened 2020 season continues this week as they play three games. This Tuesday at 4 p.m. the WP softball ladies play their first home game at their field at the Woodland Park Middle School against the Coronado Cougars.

The Lady Panthers continue their season on Thursday at 4 p.m. when they travel on the road to take on the Air Academy Kadets. Then, this Saturday morning at 10 a.m. the girls come back home to challenge the Sierra Stallions.

Last week a controversy started across the nation surrounding college football that even prompted President Donald Trump to make a tweet saying, “Play college football!” However, despite the president’s call to play ball, many college football leagues postponed sports play for the fall season.

So far, the Big 10, Pac-12, the MAC, and the Mountain West have canceled all fall sports until at least the end of the year. These leagues have said that they may attempt to reschedule the sports to next spring but that has not yet been determined.

According to many officials of the leagues, the decision came due to recommendations from the schools ‘doctors to not have sports play this fall. Others have said that the decision could be related to liability issues surrounding the incidence if someone on a sports team got sick from COVID-19.

Some college football leagues though have followed the push from players, coaches, and the president to play ball but with shortened 10 game seasons. Most of the teams will only play conference games and it is not known yet whether or not fans will be allowed to attend the games.

The leagues that have announced a schedule for 2020 include the ACC, the Big 12, SEC, American, and the Sunbelt leagues. Most of the teams won’t start play until September, with the exception of the FCS which will be holding the first football match of the year on August 29.

Locally, the leagues’ decisions to cancel fall sports have left Colorado college sports fans without any teams to follow. The Buffaloes,’ Rams,’ and Falcons’ leagues have all been postponed, so none of those schools will play men’s soccer, football, softball, or volleyball.

Air Force Academy officials did say that they were going to try to play their rival games against the Army and the Navy ,but that those two matches would be the only games played by the team. It is not known yet when or if those rival matches will take place or where they will be played.

Once the Rockies were finally able to start their 2020 season after league play was shut down due to the coronavirus pandemic, they surprised fans as they came out looking stellar.

However, as many predicted, they might do, the team started losing their flair.

At the end of last week, the Rockies had dropped to second place in their NL West league and they are now behind the LA Dodgers, who are sitting in first place. After the Rockies lost their first series of the year against the Arizona Diamondbacks last week, their record dropped to 12-7 as they also struggled against the Texas Rangers late last week. The Rockies are now only two games from being passed up on the ranks in their league by the San Diego Padres.

This week the Rockies have a chance to improve as they start off their week of play in a four-game series against the 9-10 Houston Astros with two home games and two road games. Then this Friday, the Rockies go on the road to take on their biggest enemy, the LA Dodgers, during a three-game series over the weekend. The Rockies have struggled the last few years against the Dodgers, regarded as the Evil Empire in the National League.

But if the Rocks can hold onto second place, they will still earn a spot in the playoffs, based on the adjusted rules for the coronavirus shortened season.

Last week, Av fans heard the official news that their favorite team once again got the green light on the journey to taking home the Stanley Cup. Last week, the Avalanche started postseason play after they lost to the Las Vegas Golden Knights on August 8 in overtime 4-3.

Last Wednesday, the Avs took on the Arizona Coyotes during a home playoff match. The match stayed pretty even during most of it as neither team had scored during the first two periods of play. But then, in the third period towards the end of regulation play, the Avalanche came out and scored a quick three goals to take the win in the match.

But then last Friday, the Coyotes proved that they were not a team to underestimate. The score during the game remained pretty even during the first two period as each team scored a goal apiece in the first and second periods. But then in the third period the Avs came in clutch again as they scored and unanswered goal in the third that led them to their 3-2 victory.

The Avs series against the Coyotes will end sometime this week as soon as one of the team’s win four games. The Avs were leading the series 2-0 at the time this article was written. If the Avalanche wins the first series who they play next will be determined by which teams win in the western conference during the first round. The Avs are currently in second place in the conference sitting behind the Las Vegas Golden Knights.

Even though the Nuggets have not been impressive since they have returned from the  coronavirus pandemic break, their previous pre-COVID-19 record  was good enough to earn them a spot in the playoffs. The Nuggets finished their regular season last week with losses against the Lakers, Clippers, and Raptors giving them a 46-27 record. The Nuggets ended their season in third place in their Western Conference behind the first place Lakers and the second place Clippers.

Therefore, it would be surprising based on how they have been playing lately, but the Nuggets to have a chance at playing in and winning the NBA Finals in 2020. The Nuggets start their journey through the NBA postseason this week as they start a seven- game series against the Utah Jazz. Whoever wins the first four games will move on up the playoff bracket and whoever loses will be packing their bags and heading back to their home state.

This year the NBA has three rounds of playoffs before the final tournament. If the Nuggets are able to take the best of the Jazz in seven games, then they will move on to the semifinals tournament and play who wins the first round between the Clippers and the Dallas Mavericks. A victory during the semifinals’ tournament will advance them to the conference finals and then the winner of the Western Conference will play the winner of the Eastern Conference during the 2020 NBA Finals tourney.