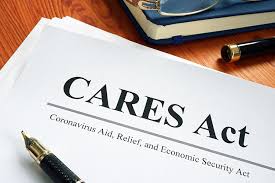 The Woodland Park City Council held a work session last week to iron out the details on a plan to distribute $674,500 promised by the CARES (Coronavirus Aid, Relief and Economic Security)  Act to businesses and individuals impacted by the pandemic.

But unfortunately, elected leaders couldn’t develop a game plan, which could endanger the use of this money, with local officials facing the prospects of having to return the money to the state.

The  CARES Act provides for payments to state, local, and tribal governments navigating the impact of the COVID-19 outbreak. The CARES Act established the $150 billion relief fund on a national basis.

The work session began with Mayor Val Carr reading a lengthy statement on the city’s intentions and goals on how to proceed with the distribution of the money. Carr stated, “Council had the best of intentions to distribute assistance to citizens and businesses with limited bureaucratic processing.” The mayor lauded the efforts of Councilmen Jim Pfaff and Rusty Neal to come up with a plan to distribute the money.

Before the meeting, Carr emailed a series of questions to council members to try and get a feel for where the members stood on what types businesses should be eligible for the funds.

Even with the best of intentions, the council is having a rough time developing a plan. At the last regular meeting of the council, Pfaff unveiled his plan, but was met with a series of questions and pushback by certain elected leaders. But most members  found it be a simple and effective plan that would be implemented in a timely manner.  Others, though, argued the plan did not take into account some businesses.

Ultimately, Pfaff’s plan was defeated and the matter was tabled so that this work session could address all the concerns of the council.

After Carr’s reading of the council’s intentions and goals, he notified council of a rule handed down by DOLA (the state’s Department of Local Affairs). DOLA has the final say on how the money can be distributed and what things are not eligible to receive funds. Carr said, “ We just received preliminary guidance from DOLA on their opinion of our strategy proposals. The conclusions are that our goal of simplification will not fly.”

Carr mentioned that those needing assistance have other options with which to apply for relief from the impacts of the virus. Those other resources will be uploaded to the city’s website at http://www.city-woodlandpark.org/299/COVID-19-Information-Center

Councilman Rusty Neal then gave a presentation on an Excel spreadsheet he developed that would allow greater objectivity in determining who is eligible for funds, and how much each applicant would be rewarded. Neal’s plan would be based on a 100-percent loss-based formula. It would compare an applicant’s revenue from the time frame in 2019 to the time frame in 2020, which the COVID impacts would have occurred.

Carr said, “Unfortunately, since Neal put this presentation together, we’ve had different parameters told to us (by DOLA). We’re going to have to change some of the columns but it is still going to work.” Neal’s formula is “net income” based, while DOLA prefers a strict “need based” approach to the distribution of funds.

Another issue addressed during the work session was the privacy of applicants. Council has developed a “blind” approach to keep applicants’ financial information secret. It will also keep applicants’ identity secret so that there will be no favoritism giving to applicants.

Ultimately, council did not come to any conclusions on a plan. They also noted that this coronavirus relief  money will not make anyone “whole” on the impacts of those affected by the virus. Their goal at this point is to distribute funds in an objective and equitable manner.