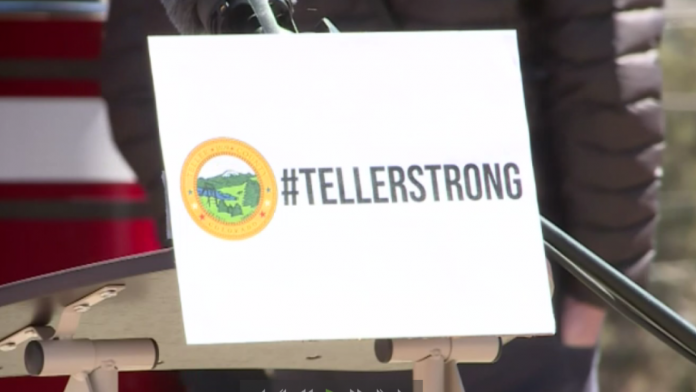 Since early July, Teller County has experienced a drastic 150-plus percent hike in confirmed cases of  COVID-19 pandemic.

The increase in coronavirus activity has been enough to exceed the amount of cases the state allowed when they approved the county’s variance. As a result, the Colorado Department of Public Health and Environment (CDPHE) sent a letter to the county’s health department in late July, informing the agency that the variance, which permitted Teller to reopen practically every local  business, was in jeopardy.

As of the end of last week, Teller County recorded 110 total cases and statewide the number has surpassed 46,000. Last Friday, the state website also showed that Teller County had its first new death caused by the disease for several months, bringing the county’s COVID-19 fatality count to three.

In response to this hike in coronavirus cases, county officials sent a letter to CDPHE early last week, saying that the increases are not due to the businesses being allowed to be open under the currently approved variance. The letter states that the increase is a result of a combination of more testing taking place, along with an outbreak that occurred at the Charis Bible College located in Woodland Park.

In the letter sent to CDPHE from the Teller County Board of Health, county officials point out that no outbreaks have occurred in casinos, or been traced to gaming activity, and that the outbreak at the Charis Family Bible Conference represented a good portion of the recent increase.

“The primary cause of the case count increase is the outbreak at Andrew Wommack Ministries, Inc. (AWMI), which accounts for a 24% of our total case count and 45% of the two-week average,” the letter stated. “Despite the cease and desist letter from the Colorado Attorney General’s Office, AWMI proceeded with a large event on July 4, 2020. The event that caused this large outbreak was reported to CDPHE on June 29, 2020 and TCPHE has been communicating and working with CDPHE since the event and before any positive cases were reported. Since that time, AWMI moved its July 10-11, 2020 event from Woodland Park to Colorado Springs and last week they informed us that they have cancelled the in-person August event and will hold that event online.”

The letter also outlines the fact that testing has increased drastically over the past few weeks. “We believe the secondary cause of the increase in case counts is related to the increased testing in Teller County,” the county’s health department said in the letter. “Prior to the AWMI outbreak, TCPHE was conducting an average of 5.4 tests per week. After the AWMI event was known, TCPHE and the Teller County Office of Emergency Management (TCOEM) coordinated their efforts and increased the weekly testing average to approximately 23.6 per week and currently offers testing five days in four separate locations including all three municipalities. Logically, this would lead to an expected increase of the positive two week case count.”

Teller officials also emphasized the fact that locally, hospitalizations and related deaths due to the disease have been low with a total of 10 hospitalizations and three deaths. Local jurisdictional data also reports that Woodland Park has seen over 50 confirmed cases whereas Cripple Creek has had less than 10.

However, the county health department did outline what they are doing to prevent increases in case counts. The letter mentioned that the county has been stocking up on 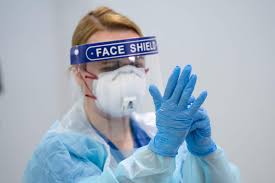 ample Personal Protective Equipment (PPE) supplies for medical workers and that the county currently has one of the largest surge hospitals or Alternative Care Sites (ACS) in the state that can house more than 100 patients if needed in a four-hour notice.

The letter stated that officials meet on a weekly basis to discuss COVID-19 related issues and that the county has increased testing availability. County officials have also been passing out informational cards to local businesses, and have put up signs on the streets that emphasize the importance of social distancing and wearing masks while in public.

According to County Administrator Sheryl Decker, the county had not received a response to their letter as of late last week. County officials remain determined to keep all local businesses open and have worked to prove that the recent increase in COVID-19 cases are not related to businesses such as bars, restaurants, salons, barbershops, and casinos being open.

Still, officials are  hoping for the best in order to avoid any punitive action.  According to new Cripple  Creek Interim Administrator Ray White, COVID-19 safety monitoring is a top priority of the current Creek administration (see related story).  He said new coronavirus activity  between July 27 and August 9 can’t exceed the 12-case limit.  Already, the Teller area has received about five new cases since the probation period began.

White classified the efforts of southern Teller in issuing safeguards against COVID-19 as outstanding.