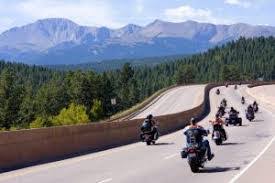 Cripple Creek’s biggest and most popular festival, the Salute to American Veterans Rally, was recently canceled by the city council, citing major safety concerns due to the coronavirus pandemic.

But according to the event’s website, the 2020 POW/MIA Recognition Ride will go on as scheduled. The web site proclaims, “The Veterans Rally in Cripple Creek has been canceled. What this means is there will be no vendors, bands, beer garden, food, ceremonies, etc. on

the streets in Cripple Creek. We will, however, be honoring our American veterans and our troops with several activities, including the 33rd annual POW/MIA Recognition Ride, the R.E.D. Friday T-Shirt giveaway, the dedication of a plaque to a fallen service member at our Memorial, and more.”

The 2020 Salute Rally would have been the 28th year for the annual event.

According to Jim Wear, president of ProPromotions, which has organized the event during the last several decades, “When the rally was canceled there were many requests and movement by the veteran community to continue the ride.”

In an interview last week, the ProPromotions president stressed the ride is a separate entity from the rally. Wear said, “I or my crew haven’t been operating the ride for probably 25-years.”

The ride is organized by a series of volunteer veteran groups, including The Brotherhood of Veterans, The Colorado Patriot Guard, The Colorado American Legion Riders, and the Kansas American Legion Riders. Wear stated his group, Pro Promotion, operated in Cripple Creek to help park the riders, and to set up the events that normally would take place had they not been canceled. He said, “All of the things that are going on with the rally has been our charge. These veteran groups are charged to run the ride.”

Following the decision to cancel the rally during a special council meeting,  Wear was asked by the veteran groups if there was any reason why they couldn’t at least do the ride. 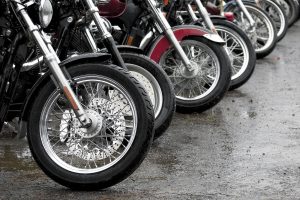 He contends that all the necessary permits are in place, including the arrangements with the Woodland Park Police and the high school. In addition, the police escort by the state patrol was set up and in place so the ride could go on, according to the ProPromotions president. Wear said he contacted all of those entities, and they all said, “We’re good to go.”

Prior to the recognition ride, which takes place on Saturday, August 22, participants in the ride will be able to join in on what Wear calls, R.E.D. Friday. According to the website, “We will be giving away 800 R.E.D. Friday t-shirts on Friday, August 21st at 11 a.m. in Woodland Park, Colorado. Join us at Bergstrom Park downtown, just across from the Ute Inn. One shirt per person please – additional shirts are $10 each and proceeds benefit a local veteran in need.”

Wear did lament the fact that the city of Cripple Creek did not allow for a “conversation about it” prior to the decision to cancel the rally. He said, “The last thing we want to do is to cause any problem to Cripple Creek, Teller County, Woodland Park or any citizen. That is not our intention.” He continued, “We totally get the concern from the city council. Our only regret is that we did not have the opportunity to help work together to make the transition smoother.”

He noted that all the municipalities have always shown great respect for the event.

Wear also emphasized he is hoping the  participants in the recognition ride will spread out around the county and bring business to Victor, Florissant, Lake George, and Woodland Park as well as Cripple Creek.

During the recent special council meeting in question, Wear and a number of rally supporters, including representatives of key veteran-related organizations, made an appeal to the Cripple Creek City Council.  They noted that this year’s rally is  more important than ever before due to the stay-at-home impacts and extended isolation for many area veterans. They believed the event would help unify veterans and provide a needed sense of healing. They urged the council not to succumb to a state of fear.

Wear emphasized that the event’s COVID-19 suppression plan  had been approved by Teller County officials. Teller County Administrator Sheryl Decker confirmed that Teller health officials gave the event the okay, but required the organizers to split the crowd up into groups of 250 people each.

Wear, according to officials, was going to have stipulate where these various groups would assemble. Decker, though, made it clear that the final decision rested with the Cripple Creek City Council

By a 4-1 vote, the council maintained they loved the event, but this was not the year for such a large gathering due to the recent coronavirus surge in Teller County. They cited serious concerns over the probable shutdown of the casinos in Cripple Creek if an outbreak occurred from such a large gathering.  That possible development would be devastating to the local economy, stated the city in an official announcement.

Virtually, all events in Cripple Creek through the remainder of this year have been either cancelled or postponed.