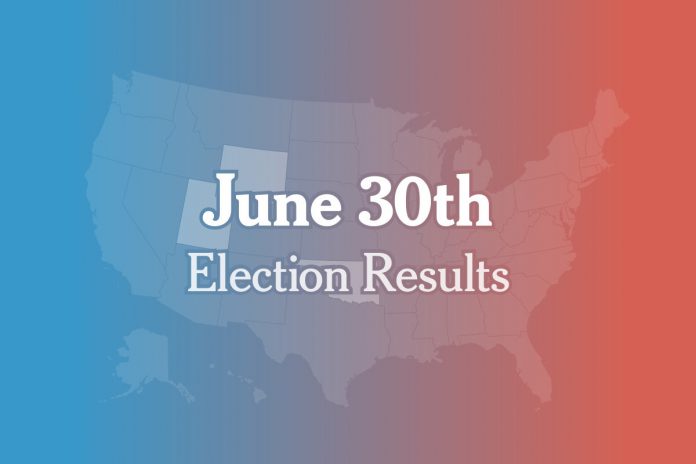 Few surprises emerged during Tuesday’s primary elections, with Teller voters throwing their support behind party favorites and the respective winners of the county assembly.

For the most part, the June 30 primary became a victory for candidates considered the favorites on the eve of the election, based on insider reports, with no upsets. The results could also equate to support for the status quo government administrations.

In the two heavily contested commissioner races, Dan Williams and Erik Stone, who won the GOP Assembly in March, snagged impressive victories in the contests for District 1 and District 3. And with no Democrats in the races, they will become the next two county commissioners in Jan. 2021. They will replace the seats held by Marc Dettenrieder and Norm Steen respectively.

Williams, banking on a laundry list of endorsements, beat David Rusterholtz, by a 3,191 to 2,452 vote margin. The race appeared to tighten up, following the coronavirus epidemic, with Rusterholtz making a strong appeal  in supporting citizens’ rights.  But it wasn’t enough to overcome Williams’ advantage, as the current Teller planner ran on  his strong military background and involvement with the community.

In the contest for District 3, Stone, who served as the chairman of the Teller County Republican Party, won a decisive win over Phil Mella, grabbing 65 percent of the GOP primary votes. Like Williams, Stone was the party’s favorite at the GOP Assembly. He campaigned on the need for the county to take a larger role in monitoring state actions, and in challenging many of the decisions made by Governor Jared Polis.

This overwhelming win surprised some political insiders due to Mella’s status in the community. Both candidates for District 3 were  high profile figures. Mella, a former Woodland Park mayor pro tem, council person and planning commissioner, gained much momentum in the early part of the race. However, according to most insiders, Stone’s campaign picked up considerable energy in the last month, especially during the coronavirus epidemic.

The commissioner candidates in both races didn’t really differ on many issues, and mostly touted their individual accomplishments.

For the district attorney race in the battle to succeed outgoing DA Dan May, Teller voters coincided with regional trends, and supported veteran prosecutor Michael Allen by a 61 to 39 percent margin over El Paso County commissioner Mark Waller. This race got extremely heated and stole the show during a candidates’ forum, sponsored by the  Woodland Park Chamber of Commerce. Both DA candidates made it clear they didn’t like each other too much.

Showdown set for Hick Versus Gardner

Teller Democrats also weren’t left out of the primary showdown on Tuesday. They joined prevailing state trends in  siding with former Colorado governor John Hickenlooper over former state House speaker Andrew Romanoff by a 1,738 to 885 vote margin for the party’s nomination for Colorado’s U.S. Senate seat.  Hickenlooper  was the emerging favorite, based on recent polls.

Hickenlooper will now square off with Republican Cory Gardner in the November contest. Gardner ran unopposed in the primary.

This contest could command center stage on a national level and may prompt a number of visits by President Donald Trump. Gardner is considered one of the at-risk Republicans seeking reelection in the U.S. Senate. This race could ultimately determine which party controls the  Senate body, which will heavily influence the national legislative agenda and play a big role for issues impacting Colorado.

Both candidates have a strong level of appeal and name recognition, but they are both loaded with much political baggage. Look for some aggressive advertising from both camps.

Another national race involves that of Congressman Doug Lamborn  for Colorado’s 5th District. He will square off with Democrat Jillian Freeland, based on Tuesday’s primary.  Lamborn is seeking his sixth consecutive term in office.  For the first time in recent years, he wasn’t challenged at the primary level.

Freeland will have her work cut out for herself in taking on Lamborn due to his big advantage in GOP voting numbers.

Nearly 50 percent of  Teller active voters partook in Tuesday’s primary elections. This surpassed the turnout in El Paso County on a percentage basis.