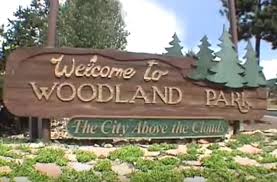 Secretary of State Requested to Investigate Ousting of Board Members

Woodland Park’s Main Street group is in turmoil, following the fallout from the ousting of three board members, with the Colorado Secretary of State being requested to investigate the situation.

The controversy hinges over reported Main Street support for a business assistance resolution the Downtown Development Authority made to the city council, which was

In mid-May, Tangeman filed a complaint with the Woodland Park Main Street Board of Directors, saying that three of the board’s members acted “unethically” during a meeting that took place on May 11.

However, Carlsen and the other two board members, Jan Wilson and Stephanie Alfieri, refute the complaint and deny any wrongdoing. The three have also sent a letter to Colorado Secretary of State Jena Griswold, claiming that the Main Street Board did not properly establish an executive session during the meeting they had to oust the three board members.

The dilemma started when Carlsen supported a resolution, proposed by the Downtown Development Authority (DDA), to recommend to the city council that Woodland Park reinstate  sales tax vendor fees  and that the business license fees be eliminated.

The DDA proposal was part of an effort to assist local businesses, in the wake of COVID-19 pandemic.  Tangeman, though, has strongly opposed the DDA resolution, saying it could have devastating financial consequences for the city and for special districts.

Tangeman then filed the complaint with the Main Street group the next day, urging the board to remove Carlsen, Alfieri and Wilson from the board of directors. “The clearly intentional and unethical conduct that occurred on the evening of May 11, 2020, should be cause for concern for any public body doing business on behalf of our community,” Tangeman said in his complaint. “If similar actions were taken by an elected body, it would surely be grounds for a recall election.”

In the complaint, Tangeman said that the three board members violated the Main Street bylaws by discussing an item that was not previously on the agenda and 48 hours’ notice was not given of the discussion. He then said that the board members did not properly establish a quorum to hold a vote because one of the five members signed off of the Zoom meeting before the vote, so there were only four members present.

However, in a letter of rebuttal about the complaint, the four former board members said that there was no agenda for that meeting.  And in a previous meeting, the board’s chairperson had given verbal notice that the DDA’s resolution could be discussed. The former directors also said that a quorum was established because the member that left the meeting returned in time to submit a vote.

Tangeman also said in his complaint that the three members violated the Main Street Code of Conduct by not giving the city or the public a 48-hour notice that the topic concerning city issues would be discussed. But, the three board members said that since there was no agenda for the meeting, they only needed a verbal notice to discuss an item, and that it was given in the previous meeting.

Tangeman also told the Main Street board that the three members violated the Main Street’s Conflict of Interest Policy and the Memorandum of Understanding (MOU) by jeopardizing their relationship with the city. “Bob Carlson, Jan Wilson, and Stephanie Alfieri knowingly voted to approve a resolution that would severely impact the city of Woodland Park’s ability to fund WPMS in the future,” Tangeman stated.

“The actions of Bob Carlson, Jan Wilson, and Stephanie Alfieri clearly attempts to damage and not establish support and participation with the local government and violates the MOU with the city, DOLA, and WPMS. These actions could result in the dissolution of WPMS as a Main Street Program.”

Position Made to Support Local Businesses

The three members, though say that they voted to support the resolution not to cause harm to any organization, but to make a move to help out local businesses in a time of need. “Bob Carlsen, Stephanie Alfieri and Jan Wilson never KNOWINGLY voted to hurt the city,” the three said in a rebuttal letter. “We voted to offer some help to our businesses. Bob Carlsen never said he didn’t care about losing the funding, He explained what he meant and the vote was NOT to cause any damage to Main Street’s relationship with the city. No one on the board cared to listen to anything any of the three of us had to say. They demanded apologies for the way we voted.”

“We do not support your resolution,” Laurie Glauth the board’s chairperson said in the letter. ”After consulting with DOLA and reviewing our Bylaws along with the Main Street mission, it became clear to us that your resolution was not consistent with our mission. Main Street organizations do not lobby, take positions, or get involved in taxation issues. Nor is it in a Main Street’s purview to attempt to influence internal procedural/policy issues within a municipality.”

Since then, the three targeted board members have continued to fight back by drafting a letter to the Colorado Secretary of State about the issue.