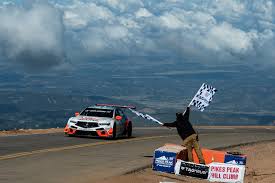 During the coronavirus pandemic, motorsports fans everywhere were at first stuck without any events to attend or watch.

However, NASCAR was one of the first major racing leagues that decided to keep running races without fans in the stadium.

Race fans can now watch NASCAR once again from the safety of their own homes, but getting the chance to see race events live this year could pose to be a challenge. When the restrictions first started getting put into place, officials of the world-famous Pikes Peak International Hill Climb decided to postpone the race from the last weekend of June to August 30.

Rumors circulated saying that the officials were applying for a variance to allow spectators at the race.

But last week, Lisa Haight, the Event Coordinator & Historian for the Pikes Peak International Hill Climb issued a press release stating that the race would go on as scheduled, but fans would not be allowed to  watch it live.

“For the first time, the Pikes Peak International Hill Climb will be staged without its loyal, enthusiastic fans lining the course and no one is more disappointed than we are,” Megan Leatham, the Executive Director of the race said. “Our staff and board of directors have discussed and analyzed multiple scenarios in which our race could be staged. However, with the government-issued long-term mandates for wearing personal protective equipment, providing appropriate social distancing, and limiting the size of group gatherings, we feel it is impossible to safely host spectators at the race on August 30.”

According to officials, all camping permits and tickets that have already been purchased will be refunded and the Fan Fest scheduled on the Friday before the race is cancelled. “For many, this is one of the highlights of the summer,” Leatham added. “It’s always exciting and packed with people. We typically welcome over 30,000 fans. But in light of current government guidelines we feel it would be irresponsible to hold the event this year. The risk to our competitors, sponsors, volunteers and our fans is just too high. We want to thank our amazing fans for their continued support and understanding and we really look forward to welcoming them back to the mountain in 2021.”

Race fans can still however enjoy the race from home, via one of the many broadcasting options. Fans can watch the race on a live stream on the race’s official YouTube Channel 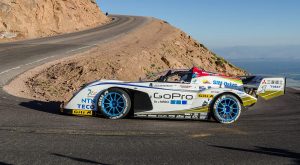 and on the Mobil 1 Facebook page. KRDO will still be covering the race on their radio stations and there will be regular updates on the races’ social media pages and the results will be posted on their website.

Fans can also enjoy a new documentary on the race on MotorTrend TV sometime in the future.

As a result of the Pikes Peak Hill Climb’s “no spectator” rule, those wishing to watch a live race may have to travel to other parts of the state. And race fans may have a few other opportunities in other locales. 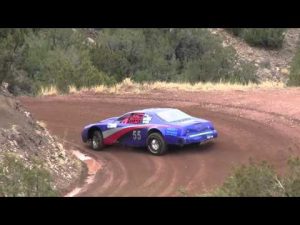 they had to cancel the race in Canon City due to COVID-19. The association’s website says that Canon City’s Temple Canyon Race will continue on a date that has yet to be determined.

The next closest race to the Teller County region is the Monarch Hill Climb near Salida on July 11 and 12. The CHCA race schedule continues with the Lands End Race in Grand Junction on August 8 and 9 and the Rangely Hill Climb, located in the eastern part of Colorado on September 12-13.