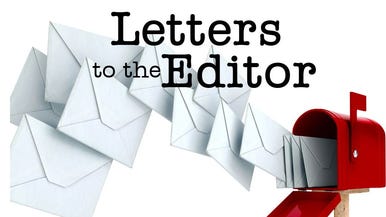 Nothing shows the true nature of a person better than a crisis.

Voters will soon have the chance to choose our Candidate for County Commissioner District 1 on June 30.  There are vast and clear differences between Dan Williams and David Rusterholtz, both in experience, leadership, conduct, and character.  Their individual behaviors during the COVID pandemic demonstrates my point.

Upon receiving the Stay and Home lock down order, Dan became part of the command group with the Crisis Response Force.  Along with our first responders, health providers, non-profits, faith based volunteers, and over 650 Teller County resident volunteers, he was part of the effort to keep us safe.  Those efforts helped keep our cases low. Recently, for Memorial Day, he and other Veterans placed flags on the graves of our fallen and raised the flags in Lions Park.  Dan supported us, led from the front, called for unity, and praised the efforts of our residents and our elected officials all working together.  Now he is meeting with business owners and beginning to look at economic recovery.

David Rusterholtz spent the pandemic putting up more signs than all of the other candidates combined and denigrating our Nation’s flag by attaching them to his campaign signs like balloons on a used car lot.

We are all sick of it.  Now he is adding signs on top of his signs and adding more flags.  Shameful.  He did not volunteer or help anyone during this stressful time.  Instead, he spent his time criticizing the efforts of our elected officials, placing the plight of our business owners on his Facebook, which caused the state of Colorado to get involved in County business.  He claims to be fighting for our rights by publicly demonstrating against our County Commissioners and the health department at the very time they were writing the variance along with other counties for relief and county control.  Now he says we wasted money for a hoax and continues attacking elected officials.

We don’t need any more divisive politicians. We will need to come together for our economic recovery. We need a strong, proven leader who actually understands the role of a County Commissioner.  Please join me in voting for a true leader for district 1 County Commissioner, Dan Williams.