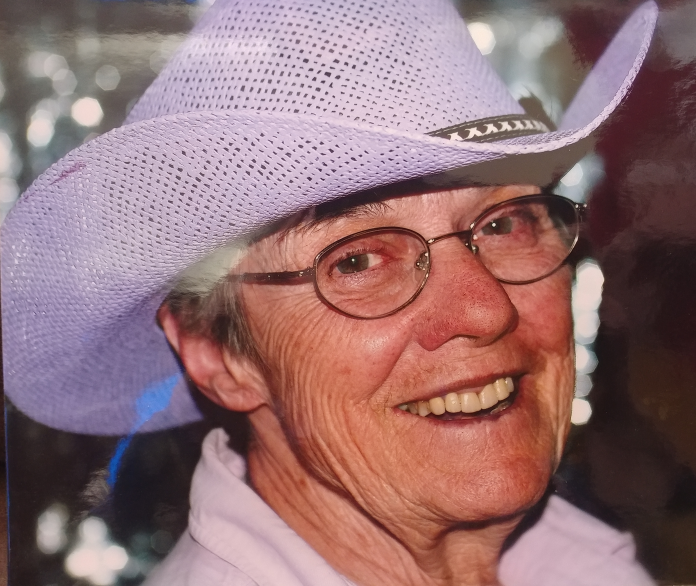 Darlene’s family moved to Colorado Springs in 1942, she graduated from West Creek grade school, St Mary’s High School in the Springs and later graduated from the University of Northern Colorado at Greeley. She taught Physical Education and Social Studies at Colorado Springs High and at Flagler Colo. Later, she worked at Mountain Bell and finished there as a Network Tech (Installer).

Darlene loved Colorado, specifically the Pikes Peak region, the Springs, Woodland Part, Florissant Navajo Mountain Mesa. In 1988 she ran for Teller County Commissioner and lost, but made many additional friends and gained the respect of all. Darlene’s middle name was go, fun, or travel, take your pick. She lived for today. She was a singer-songwriter. Among her songs is “The Mayor of Guffy Colorado”. She loved to ride horses and drive the cars. She’d run the wheels off an auto to travel to a dance, party or local celebration. She loved her home up on the Mesa and spent most of her later years sipping beer and admiring the view of Pikes Peak.

She described herself as a Mountain Woman, and she was all of that! A Celebration of Life ceremony to be held at a later date