Last week’s regular meeting of the Woodland Park  City Council dealt a surprise to the community.

The council was supposed to appoint a new councilperson to fill retired Noel Sawyer’s seat. However,  council decided to forgo the appointment and send the open seat to the citizens for a vote.

Originally, there were four people up for the position. Don Dezellem, Darwin Naccarato, Mark Agan, and Stephanie Alfieri. Council was notified that Agan decided to withdraw his application leaving three candidates.

With only six council members set to vote for Sawyer’s replacement and three candidates, the council discussed the procedure. According to the city’s charter, an appointment to the council would require four votes for the winning candidate.

As the council anticipated a large split on the vote, discussion turned to an alternative procedure. But there really wasn’t an acceptable one available.

According to City Attorney Jason Meyers, in the event of a tie, the issue would automatically be tabled to the next meeting. Meyers stated the council did have the option to present a resolution to change the issue and go on with the vote, but the council opted to send the matter to a vote of the people next November instead.

This rule was originally enacted during an approved ballot amendment, when a previous council was deadlocked over appointing a new mayor, following the resignation of David Turley in the summer of 2014. When the council couldn’t break a tie between the two finalists, the city was forced to partake in a chance drawing, involving pulling names out of a bowel.

Although Neil Levy won the pick, many complaints were registered over the process, with some civic leaders contending that it presented a bad image for the city by deciding such an important decision by chance. The city subsequently changed the way council and mayor appointments were handled.

At last week’s meeting, the council kicked around the idea of a special election, but the 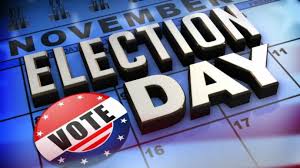 cost for such an election was estimated to be around $25,000.  The council believes that the less expensive ($10,000) November election would be a better alternative.

Since next November’s election is a regular election, all three of the candidates who applied for Sawyer’s seat will have to reapply as if they were starting all over again. Furthermore, any individual who wishes to apply for the seat may do so through the normal application process. No other sitting council members are running in this election.

In other council news, Planning Director Sally Riley was honored for her 35-years of service to the city, Jerry Smith and Robert Cowles were appointed to the Parks and Recreation Advisory Board.

Two matters were voted on during public hearings. Council approved ordinance 1378 to purchase certain water shares and approved a subdivision request by Rick Mallet of Rampart Investment Group LLC for the property located at 930 West Bowman Avenue. Both issues were approved unanimously.