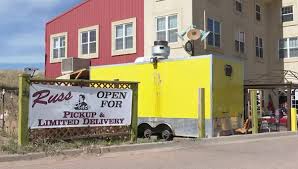 Reports of bars and restaurants operating illegally, in violation of the state’s safer-at-home orders, have exploded across the county and state.

However, this issue continues to stir much debate, with some business owners accusing regulators of Nazi-like tactics and violating their constitutional rights. On the other side of the coin, local officials say they are trying to abide by the state’s regulations to protect residents from the coronavirus pandemic.

One restaurant owner in Calhan reopened her business and has said that she will continue to stay open even if she is given a cease and desist order from the local health department.

Locally, the Teller County Health Department has been cracking down on several businesses within the county, which they say are violating Governor Jared Polis’ public health order. According to letters given to local businesses, the health department has had people calling them to report bars and restaurants allowing customers to consume food and beverages inside their establishment or in their outdoor seating areas. Plus, the lack of business operators wearing protective masks has raised many concerns.

According to local business owners, most of the restaurants and bars within the county have received some type of warning from the county health department after the agency funneled reports of them violating the public health order. Two weeks ago, Russ’ Place in Divide received a cease and desist letter that alleged that the business was allowing people to consume food and beverages on their outdoor patio.

“Since April 28, 2020, your illegal, selfish, and defiant actions have been damaging Teller County’s ability to seek a variance from the Colorado Department of Public Health and Environment to lift restrictions on businesses in Teller County,” Revello’s letter said. “Your actions may result in a longer period of time for Teller County to receive approval of its variance request, which will cause further economic harm to the majority of businesses operating in compliance with Public Health Order 20-28 in Teller County.”

The letter stressed that it was the business’ final warning to comply before they would face substantial fines. According to Colorado state statue 25-1-114, anyone violating a public health order could face up to a $1,000 fine per violation per day.

When Lemmons arrived at Russ’ Place he stressed the fact that the business should comply in order for the county to get a variance to the state’s safer-at-home order. “We are doing our job by enforcing his (Governor Polis’) law,” Lemmons said. “One thing I know that the county is trying to do is that we are trying to apply for a variance from the governor saying that we can lift the restrictions more. But what we need is, I know the law seems stupid, and what we need though is cooperation from everyone so that we can mull the stupid laws and then get a variance from the state.” 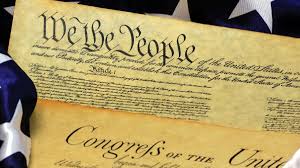 has infringed upon their constitutional rights. Many say that restricting a person from doing business violates the First Amendment’s “freedom of assembly” clause and the 14th Amendment’s Bill Of Rights that guarantees the pursuit of happiness.

Some also say that the governor’s orders go against the U.S. Constitution’s commerce clause and that anyone who enforces the governor’s public health order violates U.S. code title 18 Section 242 that bars any government official from conducting an action that violates the United States Constitution.

During the confrontation, Russ’ Place co-owner Bob Kerr mentioned the fact that other sheriffs in the state have taken a stance to not enforce the governor’s orders, and asked why that has not happened locally.

Lemmons’ only response to him was that he needed to ask the sheriff that question.

“How can anyone be selfish that is trying to make a living, and be selfish for wanting our 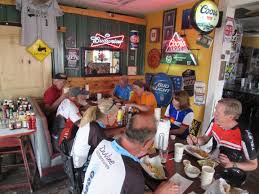 employees to be able to pay rent, utilities, or gas for their cars?”  questioned Kerr. “People taking pictures and trying to ruin businesses, and telling people how to run their lives are people who can’t find happiness in their life so they seem to decide to ruin everyone else’s lives! This is so unconstitutional it is ridiculous.”

This same conflict has also stirred mixed reactions in Cripple Creek, a town devastated by the closure of local casinos and dine-in service for restaurants.

According to Cripple Creek Police Chief Bud Bright, the enforcement of the safer-at-home orders has had a few rocky moments. “It is a tough time for everyone,” admitted the police chief.

“Our main goal is compliance,” said Bright. “We want our businesses to be in compliance with the (state) order. We try to accomplish this in the least intrusive manner. We start out with education.”

He said the main areas of violation for restaurants and food providers in the Creek have mostly dealt with social distancing requirements and the illegal consumption of beverages and food by patrons on the business’ premises. According to Bright, a number of verbal warnings have been given to local businesses, and formal complaints have been made by the county’s Public Health Department. In Cripple Creek, Bright said there are only a handful of places that can offer take-out service for food and drinks.

Last week, the department issued its first actual citation, when the owner of Ralf’s Breakroom, Chris Hazlett, a former veteran council member, received a citation for obstructing a law enforcement officer and unlawful acts. Hazlett has retained a defense attorney to fight the charges.

Hazlett did release a video on Facebook that displayed a tense conflict between himself and several police officers last week. According to Bright, the dispute actually started over a sign and an illegally parked vehicle complaint. Officers wanted to enter the restaurant, but were denied that opportunity.

Hazlett refrained from making any public comments due to the legal nature of the situation. But he received much support on Facebook from a number of posters, who referred to the police’s tactics as overbearing and uncalled for. Several of these came from a former Cripple Creek mayor and a current council member, who defended the actions of Hazlett in not letting the officers inside his establishment.

But Bright disagrees that the department is targeting Ralf’s.  “We are not hassling him (Chris Hazlett). That was an unfortunate incident,” said Bright. 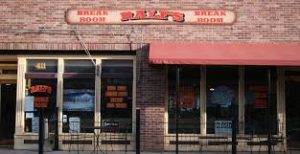 construction project occurring on that particular block, which has created access into the Ralf’s Breakroom bar/restaurant quite difficult. This is part of a $1.2 million infrastructure effort, which is scheduled to end around Memorial Day.

A sign was placed on a side street, outside the Elks Lodge, advertising a pick-up spot for customers of Ralf’s. That particular sign was authorized by a city official, according to the police chief.

Despite this dispute, Bright said the enforcement of COVID-19 protective regulations have gone pretty smooth. He did report an increase in traffic in the last week, and admitted that many folks are starting to go “stir crazy.”

The order against restaurants and bars in offering sit-down service is expected to end prior to Memorial Day, according to the Colorado governor. In addition, the county has filed an 80-page variance, requesting the opening of all businesses, including gyms, theaters, churches and casinos, as long as they adopt “common sense”  anti-coronavirus precautions in running their operations (see related story).