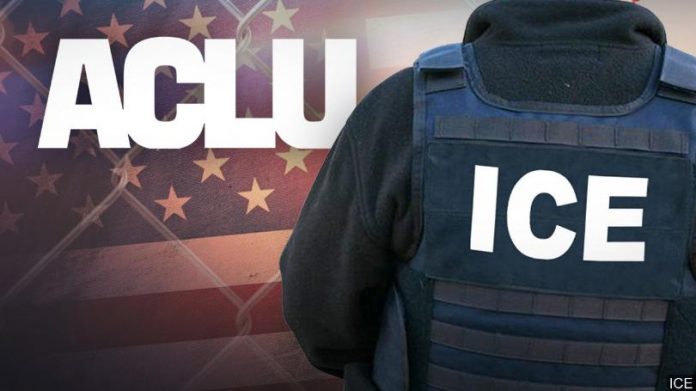 The bell has officially rung for round two of the infamous civil court battle between the Teller County Sheriff’s Office and the American Civil Liberties Union (ACLU).

The bouts between the two entities that have occurred over the last couple of years once again became a waiting game, as both sides sit patiently to hear the results of the decision from the judge. But the wait is almost over.

Jason Mikesell to dismiss the second lawsuit the ACLU has made against the county. During the hearing, the judge heard both sides and decided that he needed three to five weeks to come up with a written decision regarding whether the sheriff’s motion to dismiss the lawsuit would be accepted or rejected.

The most recent lawsuit came about when local Teller County residents, including Berck Nash, Joanna Nash, Rodney Saunders, Darlene Schmurr-Stewart, Paul Stewart, and Janet Gould (with guidance from the ACLU) sued the local sheriff’s office for deciding to work with federal immigration agencies. Quickly after the lawsuit was filed, the sheriff drafted a motion to dismiss the suit based on the fact that his 287g agreement that trained a certain number of his deputies to become certified to enforce national immigration laws was perfectly legal.

According to Teller County Attorney Paul Hurcomb, the motions hearing took place the same way as it normally would. “The hearing lasted about an hour and 45 minutes and the judge asked questions on both sides,” the county attorney said. “It is hard to predict what the outcome will be but we will find out soon.”

Hurcomb said that the judge would put out a written decision within the next few weeks. The judge said that due to his heavy caseload that it would take him three to five weeks before he would put his written statement deciding whether or not he would honor the sheriff’s motion to dismiss the ACLU lawsuit into the public record.

The bout between the ACLU and the local sheriff’s office started around two years ago when the sheriff honored a hold by the Immigration and Customs Enforcement (ICE) agency to keep a suspect in the local jail. The first round of lawsuits ended in a big win for the sheriff when a local judge decided to deny an injunction proposed by the ACLU to release the inmate in question. This decision motivated the ACLU to drop its initial lawsuit.

After the first lawsuit ended with a victory for the county, the sheriff decided to join the 287g program that legally deputized local law enforcement agents to enforce federal immigration policies. And then shortly after, a new law, dubbed the “Anti-Teller Bill,” was signed into law by Governor Jared Polis. This outlawed any local municipality from joining partnerships with national immigration agencies.

Once the law was signed, the ACLU sued Teller County once again saying that their participation in the 287g program violated the newly passed state law and the state’s constitution. Mikesell quickly responded to the second lawsuit filed by the ACLU by filing a motion to dismiss the suit based on the grounds that the 287g partnership was legal and that he believed it was needed in order to fulfill his constitutional duties by protecting and serving the citizens within his jurisdiction.