One of the key goals is to make Woodland into more of a pedestrian-friendly and appealing downtown.

This meeting, held at the Ute Pass Cultural Center, reported on progress from the initial placemaking session and gave the public a chance to come with ideas for the future.

According to a Main Street promotion, “placemaking is rooted in community-based participation and involves the planning, design, management, programming of public spaces.” Other aspects of placemaking include improving walkability, signage, and streetscape/façade improvements.

Last week’s meeting featured the project manager of Community Builders, Bud Tymczyszn, speaking about community placemaking, and what his organization has been working 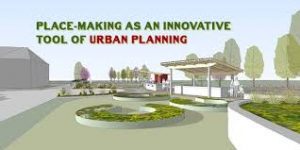 towards accomplishing. He also discussed some of the findings the group made after their inaugural meeting a year ago.

Tymczyszn also explained that signage was also an issue that came up in earlier discussions. He said that the input from the public decided that general city façade improvements were also needed.

Another speaker at the last week’s forum was Main Street Coordinator Gail Wingerd, who described some of the accomplishments that Main Street has done since the first meeting was held two years ago. Wingerd mentioned that various steps have been taken to improve the city’s walkability in the downtown area including the finishing of the north side of Antler’s Alley. She also said that the organization is planning on adding lighting to the alleyway this year. 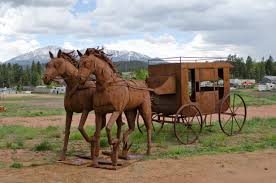 Wingerd also mentioned the addition of the stagecoach and the cog railway car on the Woodland Station property as efforts to add to the town’s walkability. The main street coordinator also brought up the fact that new signs have been added around downtown Woodland Park that help point out various points of interest in the region.

“We added 26 signs throughout the downtown Woodland Park area,” Wingerd stated. “So when people get off the highway they can actually turn and they can actually find the parking for the buildings. This next year we will be doing some way-finding signs that will be a part of the main street mini-grant. Way-finding signs are for pedestrians once they get parked and they get out and start walking around and they find that, oh the library is that way, the post office is that way, the downtown shopping area is that way, and the rest areas are this way. So, it’s really important with all of our tourists and the new people coming in and making this their home, they don’t know where things are at. So the way-finding signs will be going up sometime this summer.”

Wingerd also talked about the new banners that are hung in the downtown and added that they will be switched out periodically to portray colors appropriate for each season. She also brought up the fact that the organization started having regular meetings with local business owners to notify them of what they are planning to do in the future.

Woodland Park Planning Director Sally Riley discussed further steps the city is doing that relate to community placemaking. She mentioned a project to replace many of the non-compliant pedestrian ramps, as well as adding new sidewalks in certain high priority areas.

Riley said that the scheduled improvements were part of $1 million project that the city received grants to accomplish. “We will be seeking grant funding from the Pikes Peak Area Council of Governments and hopefully we can stretch those dollars as far as we can go,” Riley explained. “Because in order to have great walkability, we have to have a safe and inviting system. So this is one of the projects the city will be taking on this year and hopes to continue through the community to encourage walkability.”

Riley also added that the city needs improved crosswalks. Riley pointed out that the only crosswalks on the highway are those associated with the schools and the signal lights. She said that they plan on putting crosswalks on some of the streets that run parallel to Hwys. 24 and 67.

Riley also talked about the city’s ongoing battle to promote cleanliness on the streets. “Cleanliness is super, super challenging in our climate and our environment,” the city’s planning director said. “But we are hoping that this year the city is going to have a new vacuum truck which will be able to assist in washing and then being able to vacuum up the debris and water so that we will meet EPA standards and the state’s environmental standards. But, the biggest challenge is the dirt and grime that the highway produces, but yet we know how important it is to have the clean red carpet type image for our community.”

No shortage of future ideas

Other ideas brought up at last week’s forum dealt with further enhancing the city’s streetscape and making it more pleasing to the eye. Several attendees mentioned that they would like to see better permanent lighting in the downtown region to make it more welcoming.

Other ideas included improving crosswalks and ways on how to better keep up with power washing buildings on the downtown strip. Some people suggested that the area needed more attractions downtown to make it more of a destination area. Ideas related to that included putting up signs that describe the historical landmarks within the city.

One group of attendees focused on getting the mini-railroad museum up and running on the Woodland station property as well as suggesting that the town needs a theme and some sort of better branding. Other residents suggested that the city should offer short term overnight parking with hookups to attract those with RVs into the town.

As a result of last week’s meeting, the Community Builders organization will then take the ideas and come up with feasible solutions that can be used for improvements in the future.