Voters Get Inside Look Into 11 Proposed Charter Amendments

A small, but interested crowd showed up for a town hall meeting at the Ute Pass Cultural Center last week to hear an explanation of the 11 city charter amendments that will be on the April election ballot.

The Woodland Park Chamber of Commerce prepared a “blue book” listing the amendments. The book explains what a “yes vote” and a “no vote” means in regard to each issue, and gives a brief description of the arguments for and against the issues, plus the fiscal impact of each.

Former Councilwoman Carrol Harvey spoke about the amendments, one by one, and fielded questions from the crowd. She also gave a brief history of the city charter and past amendments that voters approved and denied. City Manager Darrin Tangeman was also on hand to further explain the issues and answer questions. The town hall-like forum was sponsored by the Woodland Park Chamber of Commerce.

Out of the slew of ballot issues, only three really deal with policy issues. The majority of the proposals are mostly house-keeping measures, aimed at improving operations in the running of the city. The proposed amendments commending the most attention deal with council pay, term limits and petition restrictions for changes to the charter.

The 11 amendments were discussed in the order in which they will appear on the ballot.

The first amendment is the stipend for council members and is probably the most controversial. This amendment will give each council member a $100 stipend each month to cover expenses incurred for training and duties performed outside of normal council meetings. One citizen asked what other cities also provide a stipend. Tangeman stated, about 60-percent of municipalities provide stipends.

The next amendment involves term limits of eight consecutive years for committee, commission, and board members. This one drew questions about the possibility that some boards et al positions will be difficult to fill due to the expertise required for some of the positions.

The third amendment is the removal of gender-specific language, terminology, phrases and words and replacing them with gender-neutral descriptions. This one initially raised some eyebrows as it confused some who thought it involved politically sensitive gender identifications. Harvey explained it does not. Actually, this amendment was mulled by a previous charter review group, but it never made it to the final ballot slate.

The fourth amendment will remove penalties for violations of the city charter. This one garnered a lot of questions as it confused people who think it is about accountability. 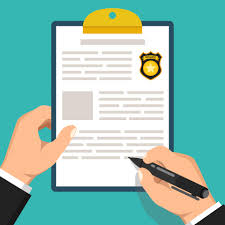 Harvey and Tangeman both explained that the wording in the current charter is not enforceable and could lead to legal action against the city, should someone be punished for violating the city charter.

The fifth amendment would align the deadline for the annual audit date to the current state statute. The state statute requires the city to file the audit within one-hundred-twenty days after the close of the fiscal year (6 months). Tangeman explained this is simply a housekeeping measure to align the city with state statutes. There was no discussion or question.

The seventh amendment would have the clerk of the municipal court report to the city manager or designee instead of city council. This is currently how this is done. It just solidifies the process into the charter. There were no questions.

The eighth amendment would use state standards for elected and appointed officials. This amendment will lower the qualification standards to run for elected office. It reduces the length of time a person must be a citizen of the United States from 7-years to 1-year and lowers age limit to run for office from 21-years to 18-years old. There were no questions.

The ninth amendment would remove the personnel merit board. If passed, matters of personnel will be handled by the city manager, should voters pass this amendment. The tenth amendment would remove specific requirements from the charter by recodifying the requirements for the budget into the city ordinances for future flexibility and best practices. There were no questions on the proposal.

Finally, the eleventh amendment would toughen the standards for citizen-initiated charter and municipal code modification petitions. City Council wishes to seek voter decision on whether or not the Woodland Park charter should be amended to increase the number of petition signatures required for a citizen initiative to change the charter. Currently, the charter requires signatures of 5-percent of citizens on an initiative petition to the charter. This amendment will raise the bar to 15-percent, plus a vote of at least 55-percent to amend the charter. It also lowers the current 15-percent of signatures to amend city code to 10-percent. Some believe this places an undue burden on citizen’s right to amend the city charter.

This plan has sparked much discussion in the community, with many critics contending that citizen rights are being challenged. On the other side of the spectrum, some leaders say the standards for changing the charter need to be tightened up.