Bright to become head cop for the gaming community

Although it’s not quite official, Charles “Bud” Bright will become the new chief of police for Cripple Creek, starting in early April.

Last week, the Cripple Creek City Council approved a plan to pick from within their current ranks when selecting a successor for current Chief Mike Rulo. Rulo, who sports more than 30 years of law enforcement with Woodland Park, the Colorado Department of Corrections and Cripple Creek, is stepping down in early April.

And the council, based on the recommendations of Rulo, favored the appointment of Bright, a long-time veteran of the Teller Sheriff and Cripple Creek police agencies, to fill his spot. He currently serves as the agency’s sergeant, and is theiir main second-in-command official. “You can’t go wrong (with Bud Bright),” said Rulo, who maintained that he developed a solid succession plan when he opted to resign, similar to what he did in Woodland Park. “I am recommending Bud Bright,” said the chief, with little hesitation.

Rulo noted that he actually began working with Bright in the early 1990s during the investigation into the Jacob Ind and Gabriel Adams murder cases, resulting in the brutal killings of Ind’s mother and stepfather. Both teens were convicted of first-degree murder with no chance of parole, following one of the most-watched and lengthy murder trials in recent history.

“It is critical that we have a seasoned professional. Bud is an honorable person and a professional person,” said the chief.

In comparison, Rulo said his recommendation is similar to the situation he faced, when he resigned from the police chief post in Woodland Park. At that time, he recommended Bob Larson, who ended up working with the agency for nearly 40 years.

Legally, the council couldn’t swear in Bright, but they pretty much assured him that he will become the next police chief.

Prior to Rulo’s comments, the council was given a variety of choices they could pursue in dealing with the chief’s departure.

According to Human Resources and Risk Management Director Carol Stotts, the city could conduct a national search for a new chief, pick from within their current ranks or delay any action to a future council meeting for more discussion.

With little hesitation, the council opted to avoid a national search and pick a chief from within their ranks. “We need folks who know the community,” said Mayor Pro Tem Tom Litherland. “It is best to promote from within the ranks.” 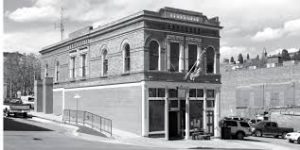 Bright will have some tough shoes to fill.

Rulo has held the reins of the police department for six years. During his tenure, he was credited for taking a lead role in initiating better training, developing a strong sense of community policing, enhancing morale and putting a stop to their revolving door syndrome. Before he became chief, the agency was rocked by considerable turnover of officers and head commanders.

Rulo will be stepping down on April 3.  Rulo told the council he would be willing to help with any transition regarding their agency or with the city itself. Besides losing a veteran police chief, the  city is now faced with the responsibility of finding a new city administrator