Over the last two years, Woodland Park got a taste of Hollywood as the big-screen production “Soul Custody” was filmed almost entirely in the area.

After the film was finalized last year, it was invited to the San Diego Black Film Festival and the Toronto Black Film Festival joining famous film director Spike Lee who was there showing a newly remastered production called “Bamboozled” starring Jada Pinkett Smith and Damon Wayans.

During the film festival in San Diego, the locally produced movie won Best Feature Film and 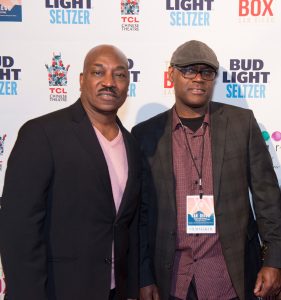 During the awards speech, Powell applauded the efforts of the production staff to welcome diversification. “To the team (Soul Custody) shape, share and give back inspiration – don’t quit,” Powell exclaimed. “For the women reach back and bring other women, for the men reach back and bring other women and men black, white, Latino, Asian, straight, gay it doesn’t matter because if you don’t it is never going to be inclusionary.”

After the film was completed towards the end of last year, the crew came back to the mountain town to put on a private screening of the movie for the many local actors, extras, and support staff last December. During the screening, the Gold Hill Theater room was packed with people eager to see the final product of their efforts.

The film features several local faces including law enforcement agents with its cast being mostly from different parts of Colorado. The production also showcases several images of beautiful landscapes including aerial drone footage from various regions in Teller County.

According to Bee, the film’s lead actress, the movie tells a story of life and death. “Life is fragile and I feel that Soul Custody demonstrates that by showing how quickly it can be 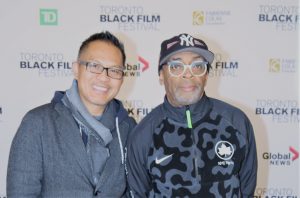 taken away, leaving us and our loved ones to be only memories,” Bee said. “It’s important that we value and love our children, significant others… our loved ones in general while they’re here. Life is short and loss is inevitable.”

The film’s writer and director, V. Vansay Zanubon, said that one of the aspects that makes the film unique is the efforts from people from diverse backgrounds. “I wanted to make a film about unconditional human connection without perpetuating race and cultural stereotyping,” Zanubon stated. “A film that touches on our everyday human and family issues sending a positive message further depicting unconditional fatherhood that is rarely showcased by Hollywood films.”

“McKim was a Green Beret, who received a Silver Star for Valor, a Bronze Star, the Purple Heart, and many other medals during his stint in the Vietnam war. McKim served with Special Operations behind enemy lines in Laos surviving many black-ops missions,” Perkins explained. “Ironically almost 50 years later, he is directed by Vansay Zanubon, a Laotian-American director whose family fled Laos during the war and settled in Colorado. A full circle of sacrifice and cultural unity coming together.”

The film currently is still in the early stages where the producers are showing their work to prospective buyers. Once the film gets purchased by a distribution company, it can then possibly be seen by the public on the big screen or in other formats such as online television and movie services.

The films crew also said that “Soul Custody” was just the start to more local productions on the way in the future. The production team said that they have plans for filming more movies in the area in the near future.

Currently, according to Perkins, the team is working on a film that will showcase a part of Colorado history. “Director V. Vansay Zanubon, Executive Producer Clay S. Walker and Producer Wendy Benge are teaming up again in late spring to produce a modern-day horror thriller inspired by a true event that deals with the American history of the Chinese railroad workers in the late 1800s in Colorado,” Perkins said.