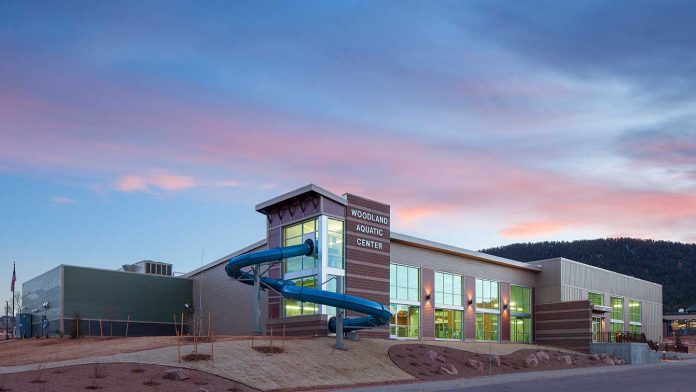 The Woodland Park Aquatic Center is now in its third year of operation and is still receiving mixed reviews.

The center opened on October 29, 2017, and has been a subject of attention, both fiscally and socially since its inception. 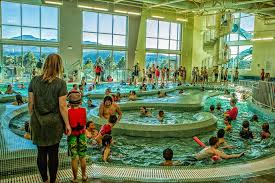 At a cost to build of nearly $14 million, the controversy over the initial cost, and maintenance was front and center in many discussions. Fiscally concerned citizens feared the center would not carry its own weight financially and would become a black hole in the city’s budget.

Proponents of the center argued that citizens of Woodland Park have been wanting a pool for decades. When the matter came to a vote, citizens decided by a 70-percent margin to approve a bond measure to construct the center.

To some extent the fears of the critics have been realized, but the city is looking at ways to increase revenues from the center. And from a social and activity standpoint, the facility has been touted as a huge success.

According to City Manager Darrin Tangeman, in 2018 and 2019, the total amounts transferred from the general fund for all three culture and recreation fund centers (Parks & Recreation, Ute Pass Cultural Center, and the Woodland Aquatic Center) were; $541,172 in 2018, and $602,300 in 2019. Tangeman did not specify how much of those totals went to the center, but according to a report from former City Finance Director Mike Farina, the city projected cost of operating the pool for 2018, was $689,400. This figure, however, did not take into account revenue received from the center’s operation. 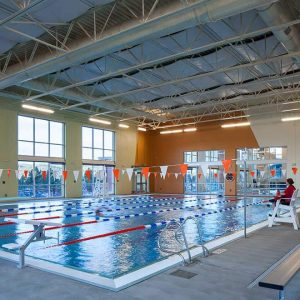 The projected transfer from the general fund for the cultural and recreation fund for 2020 is $558,911. Of that sum, 50-percent is projected to go to the aquatic center, or approximately, $322,193, according to Tangeman.

The city has based revenue estimates for the aquatic center on a 2013 feasibility study that it uses for its projections. But some concerns have mounted about the accuracy of this study.

Part of a National Trend

Residents should not be surprised that the center is operating in the red. The national average recovery revenue for a community pool/recreation center is between 60-80 percent.

In 2013 the city outsourced an independent study called the Woodland Park Aquatic Project Feasibility Study, (AKA The Ballard-King Study.) This study projected the center would generate an 81-percent revenue recovery leaving a 19-percent deficit for the city to absorb.

Tangeman pointed out several things that that estimate could not have foreseen. State-mandated increases to the minimum wage has affected the personnel costs for the culture and recreation fund, in particular for the aquatic center. Lifeguards will be bumped from $11.10/hour to $12/hour starting January 2020.

Utility costs have also increased substantially. Tangeman pointed out the utility cost estimates in the 2013 study was in the $87,000 range but are now $125,000.

The study’s 81-percent recovery estimate also seems extremely optimistic, given the fact that the national average recovery rate is between 60 and 80 percent, according to 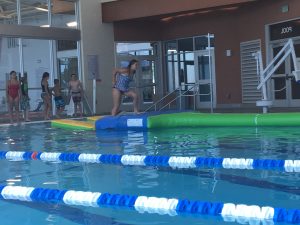 Tangeman. Tangeman said, “Our staff did not necessarily agree with the study’s outcome of this. Eighty-one percent of between 60-80 percent was extremely optimistic. This really optimistic perspective put the staff in a really uncomfortable position. I’ll just leave it at that.”

While the center is still struggling to show a profit, the city is actively pursuing ways to increase revenue from the center.

Tangeman said the city is also going to take over the vending machine concessions and optimize the HVAC equipment to increase revenues.

Here is a description of some of the additional programs the center will be implemented in 2020.

*Spring Board Diving. This class will introduce the basics of springboard diving. Students must be comfortable in deep water and be able to swim one length of the pool without stopping. Classes begin in February and run on a monthly session base.

*Dive In Movies. Movies are shown on the new LED Scoreboard, thanks to the scoreboard sponsors: Peak Swim, WPSD RE-2, Teller County Waste, and have popcorn available for purchase. These movies run each month and are scheduled on Saturday evenings starting at 4:00 pm. Regular pool admission applies, or punch cards and Annual Passes may be used as well. People can bring personal rafts, inner tubes and other floatable objects for inspection before the movie begins.

*After Hours Rentals. The Woodland Aquatic Center is available for After Hours Rentals for private pool events on Saturday nights after 6:00 pm. This provides a special and unique party venue in this great setting.

The goal for the near future, according to Tangeman, is for the center to reach a 60-percent recovery revenue rate, which will put the center at the low end of the national average recovery rate.