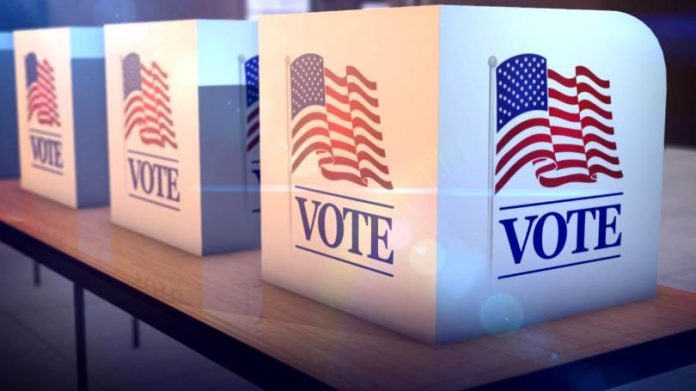 For the second time in the last several years, the town’s head cadre of elected leaders are set to pull the plug on the spring election.

The reason:  No competition for the open seats in the upcoming vote. In fact, the 2020 board will consist of all the current incumbent members, except for Tyler Stevens (who is term-limited) and one political newcomer. A final resolution to kill the forthcoming election will be voted on in early March.

This marks a big reversal from four years ago when the town sported a record number of candidates and the GMF landscape was littered with campaign signage.  In fact, for a four-year period, following a fire that torched the old town hall, GMF became a political hot bed,

with standing-room-only crowds at local meetings.

Those days are definitely in the past, with trustee meetings now only held once a month. And even then, only a handful of citizens show up.

With the probable decision to cancel the April 7 election, the stage is set for another mayoral term under the leadership of Jane Newberry and board members Margaret Peterson, Katharine Guthrie and newcomer Dyani Loo.

Stevens, who currently serves as mayor pro tem, will be stepping down. The other trustee is Chris Quinn, whose seat doesn’t expire for two years.

This will mark Newberry’s third consecutive term as mayor.

No ballot questions have been compiled, making the decision to kill the election a sure bet.

While some residents may view the new trend as a sign of apathy, the new administration made it clear last week they are pursuing an active agenda and looking outside the box in addressing the community’s woes. Not surprisingly, the issues of roads and public improvements continue to dominate the radar.

In one new development that differs from past administrations, the town, with Public Works Supervisor Jerome Lumpry at the helm, is getting away from contracting out projects and wants to do things more in-house. Last week, the board agreed to have their public works 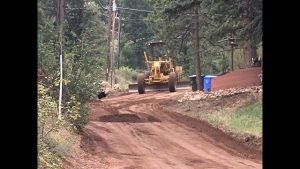 department take over two of the key flood recovery projects, instead of having outside contractors do the work. This was cited as hefty cost savings.

These projects deal with major infrastructure repairs slated for Maple Street and Midland, stemming from the 2018 floods that jolted the community. These floods crippled several key access points and devastated GMF with hundreds of thousands of dollars in damage.

Some concerns by the trustees were raised about the timing of these projects with an in-house approach. But Lumpry assured the board this would not be a problem. He estimated that the work could be completed within the next three months, depending on the weather. In fact, the public works chief even expressed confidence that all four of the town’s flood recovery efforts could be done-in-house, but only gave assurances now for two of these enhancements.

This in-house approach marks a big change from when Jason Wells served as interim town manager. The town, in fact, has used many outside contractors in the last five years, such as for road work. But according to critics, this approach has produced limited success.

The public works supervisor also wants to review the option of leasing or renting better equipment, instead of relying on old, dilapidated machinery, which it owned.  “To me, the equipment is dangerous,” said Lumpry, when outlining issues with the town’s grader and excavator. “The grader (we have now) is too big. It causes anxiety.”

He believes the town would be better poised for road improvements if it entered into a possible five-year lease for quality, equipment. Under this arrangement, he said the town could then be able to own the equipment after a certain period.

The board gave the idea an A-plus but weren’t quite ready to sign off on the financial implications. Stevens, in particular, raised a red flag on financial strains on the budget with an annual $30,000-plus lease arrangement. “We are supportive of the change, but we have to explore all of our options,” concluded Newberry.

That said, the board heavily endorsed the concept of handling more public works projects in-house.

Proposed Public and Park Improvements May Raise A Few Eyebrows

And in the arena of public improvements, the new administration and board is proceeding full-speed ahead.

At last week’s meeting, GMF Town Manager Angie Sprang unveiled a list of possible park and public improvements that sparked questions from long-time resident and former mayor Dick Bratton. Under the plan, the town should review the option of “re-purposing the pool” to consider other options, such as developing a skateboard park, upgrading the facility with a splash pad, and even closing the pool for the 2020 season

“The pool is a sacred cow,” blasted Bratton, who said this facility is revered by summer 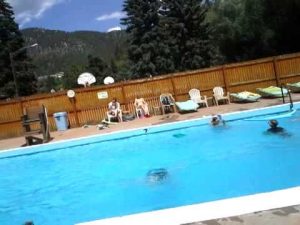 residents. He cautioned about making too many drastic changes with the pool, even though the facility runs in the red every year. Several leaders noted that the town’s pool has been financially impacted by the new aquatic center in Woodland Park and even the pool in Manitou Springs.

Some of the town manager’s other ideas included developing a dog park, improving the tennis courts, establishing a trail link between the Sallie Bush center and pool to the Gazebo Park, having a fishing pier that meets the requirements of the American Disability Act and getting more engagement with students from the Ute Pass Elementary School.

Bratton raised a few questions about the feasibility of these future plans.

Stevens, though, cautioned that these are just future brainstorming ideas and aren’t set in stone. Some of these plans stemmed from a previous workshop town leaders had with Clay Brown, the regional director of the Department of Local Affairs. Sprang said the town was making good progress in fulfilling the planning and strategic objectives it established earlier with Brown.

The town leaders last week also set the wheels in motion to form a new fire mitigation advisory committee. This new group will advise the board on fire-related issues of concern and work with the El Paso County Emergency Management Agency and the Colorado State Patrol. More importantly, it will develop a notification and evacuation plan for Green Mountain Falls.

The development of this committee has been cited as a critical need for Green Mountain Falls and one highly mentioned in its recent comprehensive master plan. Another group the town is lobbying hard for is a parks and recreation commission.

Town officials last week also announced a pot luck gathering for Feb. 18 at the Sallie Bush Center to encourage participation in the forthcoming census and to help recruit help for various committees.