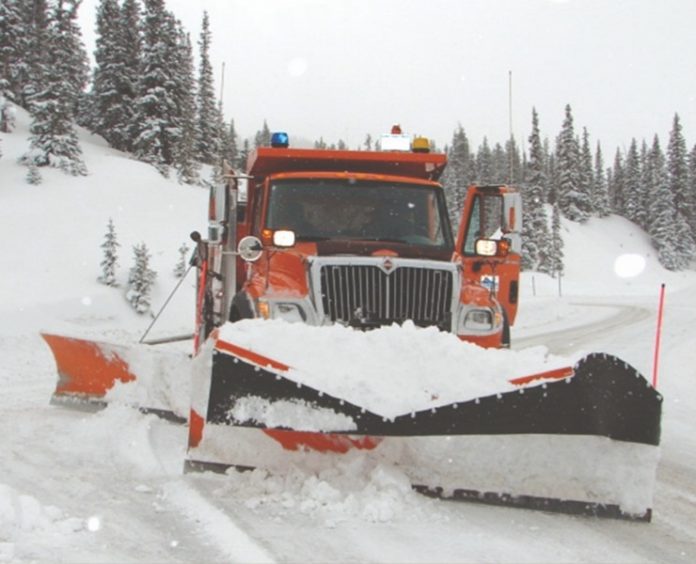 Early last week, the Teller County region was sparred any invasion of a significant snowstorm, contrary to earlier reports.

But on the downside, the roads in the area experienced a deep freeze state, with ice riddling local travelling paths and presenting dangerous conditions. The snowfall started Monday afternoon and paralyzed the area with extremely icy roads

During Monday night, Agnes Drive, a road off  Teller One leading from Cripple Creek to Florissant, was closed due to a traffic accident. A multiple car pile-up caused motorists to get stuck on the side of the road. Luckily, the local 4 Mile Church opened its doors up for those stranded and offered them a warm place to wait as well as hot chocolate.

According to Teller County Sheriff Commander Greg Couch, the multiple car pile-up occurred due to the icy conditions that were present that Monday night. “We had maybe three to four cars that were stopped along the guardrail right there at Teller One and Agnes Drive, but it was really bad. There was a sheet of ice when the snow plow came around to sand that curve, then it also became a victim of the ice and the banked roadway, and it just slowly slid into the cars there that were up against the guardrail,” Couch explained. “And I don’t think there was a lot of damage done. The plow just kind of slid over and came to rest against a car or two and nobody was injured.”

Tuesday morning several cars could be seen across the Ute Pass region stranded or wrecked on the side of the road. The sheriff commander said that despite the rather small amounts of snowfall, the conditions present made the roads dangerous.

“We have been getting the kind of precipitation that has been freezing with contact on the road,” Couch said. “Or the road is just at that magic temperature where it turns to ice. And, people should use a lot of caution on that worse kind of driving surface that you can be on. Some of the snow has been also falling and hiding the ice that’s on the roadway, so people get a false sense of security until they try to turn or stop.”

The excessive amount of traffic accidents came as a surprise to many locals who believe that the snowfall amounts were rather low for this time of year. According to local weather enthusiast and TMJ staffer Bob Volpe, Woodland Park only received a total of five inches of snow during the entire month of January, all of which occurred last week. Last Monday, Volpe measured four inches of snowfall, then on Thursday there was another inch that had fallen.

Volpe said that the month of January had less snow than any other month so far during the 2019-2020 fall and winter seasons. During the month of December, Woodland Park only experienced seven inches of snowfall spread across only two different snowstorms.

The brunt of the snow this season has come during the months of November and October of 2019. Last October Woodland Park saw a total of 22 inches of snow and last November the city got riddled with 15 inches of snowfall.

More snow is expected this week, and many locals say the area needs it as conditions are still very dry compared to moisture levels of previous years.

Remembering Those Who Paid The Price For Our Freedom.