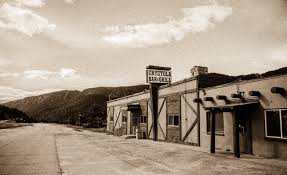 The long wait is over for fans of one of the area’s favorite watering holes and entertainment hubs.

The Crystola Roadhouse is back after four months of closure for extensive renovations, with many locals getting a preliminary glimpse of the improvements last week. 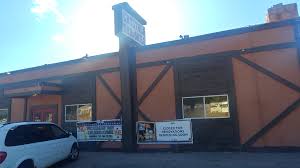 The grand opening date has not been set in stone, but is estimated to be within the next three to four weeks.

During the Thursday soft opening, the facility was packed with community members who were anxious to see the improvements made to the historic roadhouse. For weeks, speculation has abounded regarding when the Crystola Roadhouse would reopen.

In a nonchalant style, the Crystola was opened to all patrons the following day. In fact, many locals were stunned to finally see the “open” neon sign lit up as they drove down the Pass.

The owners, Stacy and Mike Sturdevant, have invested more than $200,000 into bringing the electrical and plumbing up to code and shining up the place. They also upgraded the spirits pouring system from the traditional “free pour” to a computerized measured pour. The cash register system was also computerized.

The bar itself, once owned by fabled boxer Jack Dempsey, has been repaired and resurfaced.

The floors have been redone, and the restrooms and kitchen are also completely remodeled. The dining room at the west end of the bar now sports two pool tables, which add legitimacy to the roadhouse theme.

There are also some upgrades to the stage and a digital jukebox is now in place on the petition between the restrooms.

Live music will be back. The owners screening booking agent will be bringing big name bands to the venue. They are also having local bands perform.

Future plans include building a movable outdoor stage on a flat-bed trailer, holding a farmer’s market behind the main facility, building a greenhouse to grow vegetables for the restaurant, and fixing up the old small cabins alongside the main building as B&B rentals.

They are also offering catering private parties. Details include menu, music, and more, according to information sheets at each table.

Despite the massive improvements, the atmosphere of the old Roadhouse remains intact. That is one comment many patrons on Friday made, when the facility was open to the general public.