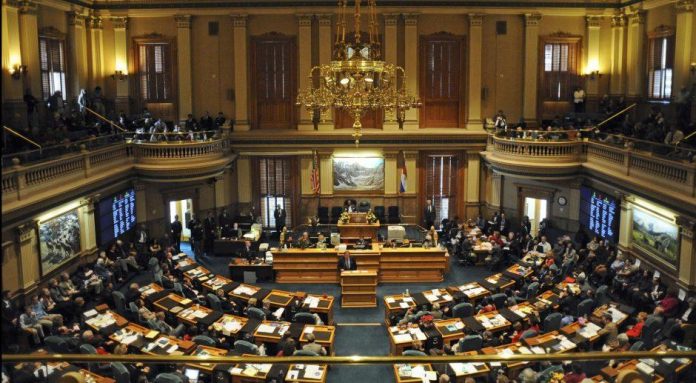 Let 2020 emerge as the year for no competitive gaming threats for Cripple Creek, a slowdown in the massive amount of pro-green legislation with a pending election, and a limit on introducing new bills.

Well, dream on, as the Teller gaming community faces an active state legislation season, capped by no shortage of state bills. That’s the assessment of Cripple Creek’s chief lobbyist, Solomon Malick of the Peak Government Affairs group, when addressing the city council last week. “I think it’s going to be an active year,” said Malick.

That could be an understatement. Similar to earlier comments by the Teller County Commissioners, the state could face a virtual legislative jungle. Malick reported that nearly 250 bills have already been introduced within the first week of the 2020 session.  This trend has prompted some concerns of legislative fatigue.

But Malick didn’t anticipate too much letup in the legislative activity. For this session, he expects much emphasis on such topics as education, mental health, health care affordability, oil and gas, and renewable energy.

On the upside, the lobbyist doesn’t see Cripple Creek and Teller County having to fend off pending threats from other towns wanting to enter the gambling arena or from the push for

video lottery terminals. However, he admitted the town can’t let its guard down. “We have to stay vigilant,” said Malick.

He also stated that much-improved relations have occurred between Cripple Creek and Black Hawk, the predominant gaming community in Colorado. In the past, the two towns have fought over gaming revenue, historic preservation guidelines and goliath casinos. But now, he indicated they have joined forces on issues dealing with the gaming industry, such as sports betting. “We are working together.”

2020 is a big election year. In most cases, this would mean the introduction of more moderate bills by the majority party. But Malick warned that trend isn’t going to happen with the current partisan atmosphere.

The Democrats now control the state House, Senate and the governor’s office. And according to Malick, they smell blood with the controversy over Republican President Donald Trump, who didn’t win in Colorado in 2016 and faces an uphill climb for the state vote in 2020.  Consequently, Malick sees no letup in the explosion of pro-green bills proposed by the Democrats, some of which will have big impacts for Teller County and other rural areas. “They don’t seem to be pulling back. They are confident,” said Malick.

He attributes much of this to the anti-Trump movement that is quite strong with Democratic leaders in Colorado. 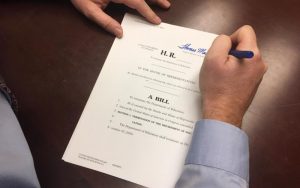 As a result, Colorado could witness an onslaught of bills, aimed at making the state a clean energy model and peppered with more health restrictions and requirements. Some of these are being closely watched by Cripple Creek leaders, who are worried about impacts for local casinos.

Malick said there has been talk about limiting the amount of bills that get introduced in the session, as last year this amount of legislation nearly hit the 700 mark.  However, the lobbyist didn’t speak optimistically about any limits getting imposed this year.

His report got a friendly response by the council, who are often quite involved in the legislative arena. Several elected leaders will be attending a forthcoming state legislative caucus.

The elected leaders also expressed relief that 2020 won’t be a time they have to worry about the expansion of gaming or big legislative hurdles.

In other city government news, Councilman Tom Litherland got the unanimous nod as the mayor pro tem for 2020. Litherland, who previously served as mayor, was elected to his second term as the Ward Four representative last November.

Litherland is one of the more vocal council members at meetings, who frequently ask questions of staff members. He has been a big advocate for developing leaner spending habits and establishing a better marketing and special events direction.

No other council members were nominated for the position.