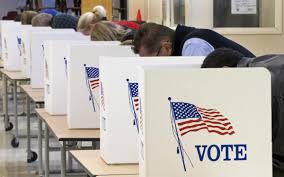 Get your reading glasses ready, as Woodland Park voters will contend with a record 11 city charter amendments during the April 7 municipal election.

Instead of choosing a few select ideas, the Woodland Park City Council last week decided to put all of the proposed amendments, recommended by a charter review committee, on the ballot. That is quite a different stand from previous councils during the charter review process.

The amendments are suggestions reached by the committee. Each amendment was presented in the form of a city ordinance. Council deliberated on each of the amendments one by one before deciding to approve all 11 of the proposals. Council also decided the order of appearance on the ballot each amendment will occupy.

Several council members made it clear their vote was not an endorsement nor a disapproval of the amendments, but only a vote to have the plans appear on the ballot.

The list covers a wide range of topics, and includes mostly housekeeping measures. However, it is capped by several big political and policy issues dealing with such matters as paying council members and the mayor, imposing term limits for members of boards and commissioners and tightening up the petition process for challenging charter amendments.

Before the reading of the amendments there was some discussion on the length of the ballot and how it affects voters. 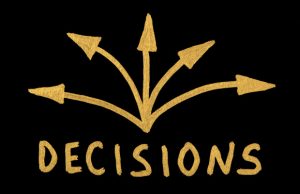 City Manager Darrin Tangeman affirmed that long ballots often suffer from “voter fatigue” and end up receiving no votes on many ballot measures. Mayor Neal Levy countered with the assumption that since it is a mail-in ballot, people will have time to digest each issue and do their research before coming to a decision.

Chamber of Commerce President Deb Miller offered to secure the Cultural Center  for town hall meetings to further educate the public on the issues.

The following is the wording and order of appearance on the ballot of each measure and how council came to approve each one.

1. SHALL SECTION 3.6 OF THE CITY OF WOODLAND PARK CHARTER BE AMENDED TO PROVIDE A STIPEND FOR CITY COUNCIL MEMBERS SERVICE AND SET THE AMOUNT THEREOF BY ORDINANCE? MAYOR – $200 PER MONTH COUNCILMEMBER – $100 PER MONTH. This measure was one of the few that garnered any debate. It is also one that has been proposed to a public vote before and has always ended in defeat. Council voted 5-1 to approve. Councilwoman Kellie Case was the only no vote.

2. SHALL SECTION 5.3(A) OF THE CITY OF WOODLAND PARK CHARTER BE AMENDED TO SET TERM LIMITS OF 8 CONSECUTIVE YEARS FOR BOARD AND COMMISSION APPOINTMENTS AS WELL AS ADJUST REMOVAL CRITERIA? There was no debate on this measure, but it still got one no vote by Councilman Noel Sawyer. The vote was 5-1 to approve.

3. SHALL THE WOODLAND PARK CITY CHARTER BE REVIEWED AND AMENDED TO REPLACE GENDER SPECIFIC TERMINOLOGY, PHRASES, OR WORDS WITH GENDER NEUTRAL FUNCTIONAL DESCRIPTIONS? This one stirred some discussion. There was some confusion that the “gender neutral” language opens the door to include individuals of non-specific gender identification. City Attorney Jason Meyers cleared up the confusion saying, “It’s not intended to add gender, it’s not intended to specify gender. It is not a legal requirement. It is a matter of housekeeping.” The vote was 6-0 to approve.

4. SHALL SECTION 15.16 OF THE CITY OF WOODLAND PARK CHARTER BE AMENDED TO REMOVE PENALTIES FOR VIOLATION OF THE CITY CHARTER? No debate. Voted 6-0 to approve.

5. SHALL SECTION 9.13 OF THE CITY OF WOODLAND PARK CHARTER BE AMENDED TO ALIGN THE DEADLINE FOR THE ANNUAL AUDIT DATE TO THE CURRENT STATE STATUTE? There was a brief discussion of the impact of this. Case argued that the city always meets the deadline. The vote was 5-1 to approve. Case was the only no vote.

6. SHALL SECTION 4.9(B) OF THE CITY OF WOODLAND PARK CHARTER BE AMENDED TO CLARIFY THE DEPARTMENT EMPLOYMENT RESPONSIBILITIES OF THE CHIEF OF POLICE? No debate. Voted 6-0 to approve.

7. SHALL SECTION 6.2(H) OF THE CITY OF WOODLAND PARK CHARTER BE AMENDED TO HAVE THE CLERK OF THE MUNICIPAL COURT REPORT DIRECTLY TO THE CITY MANAGER INSTEAD OF CITY COUNCIL? There was a brief discussion on this as there was some confusion as to why it is needed. City Manager Darrin Tangeman and City Clerk Suzanne Leclercq explained this practice is already being pursued by the city; it just needs to be codified into the charter. The vote was 6-0 to approve.

8. SHALL SECTION 3.4 OF THE CITY OF WOODLAND PARK CHARTER BE AMENDED TO USE STATE STANDARDS FOR QUALIFICATIONS OF ELECTED AND APPOINTED OFFICIALS? Meyers explained to council that the current language in the charter to run for office in the city is discriminatory. The current charter language states, a person must be, “a citizen of the United States from 7-years to 1-year and lowers age limit to run for office from 21-years to 18-years old. No debate. Passed 6-0.

9. SHALL SECTION 4.3(B) AND SECTION 13.1 THROUGH SECTION 13.4 OF THE WOODLAND PARK CITY CHARTER BE AMENDED TO REMOVE THE PERSONNEL MERIT BOARD? No debate. Passed 6-0 to approve.

10. SHALL THE CITY OF WOODLAND PARK CHARTER BE AMENDED TO REMOVE SPECIFIC REQUIREMENTS FROM THE CHARTER BY RE-CODIFYING THE REQUIREMENTS FOR THE BUDGET INTO THE CITY ORDINANCES FOR FUTURE FLEXIBILITY AND BEST PRACTICES? No debate. Passed 6-0 to approve.

11. SHALL SECTION 8.1 OF THE CITY OF WOODLAND PARK CHARTER BE AMENDED TO MODIFY THE STANDARD FOR CITIZEN INITIATED CHARTER AND MUNICIPAL CODE MODIFICATION PETITIONS? This one got some reaction from the public. One citizen criticized the amendment because it makes it more difficult for the public to petition the city. The vote was 5-1 to approve. The no vote was cast by Councilman Paul Saunier.

In other council news, the Woodland Park Wind Symphony and Woodland Music Series gave a presentation lauding the improvements to the Cultural Center lighting system and other facility improvements. They also noted their recent fundraiser raised $1850.00. Tangeman noted that revenue from the Cultural Center has increased by $31,000 over last year as well.

There was considerable debate on the initial posting of ordinance 1375, which will establish a special account within the city to earmark $100,000 per year for five years to pay down the city’s debt. The debate centered on whether this should continue past the five-year limit, whether it should include more than the $100,000, how it would affect city services, and how it would affect a possible mil levy reduction in the future.