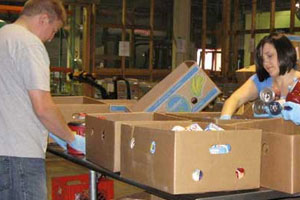 Also, they reportedly endured times where the water pressure was extremely low for nearly a month.

Many residents claimed that the water shortage left them without water,  forcing them to seek out help from friends and neighbors. In fact, they struggled to get jugs of water they could use to drink and flush their toilets.

The situation approached a crisis scenario for some. One resident even said that the residents were using several gallon jugs and filling them up with snow and melting it with heaters in their house so that they could flush their toilets.

As soon as the word got out regarding this problem, Woodland Park’s Community Cupboard Food Pantry stepped forward and offered to give out free jugs of water to residents of the area that suffered from the H2O loss. Within the first hour of the food pantry being open, group leaders saw more than half a dozen residents come in and get free jugs of water for their homes.

The nonprofit organization running the water service in the area, called the Tranquil Acres Water Supply Company, told residents that the water outages were due to low levels inside their water tower. They said that the low levels were most likely due to a leak that officials had trouble finding. As a result, the water supply Company was planning on seeking help from a third-party leak detection company. 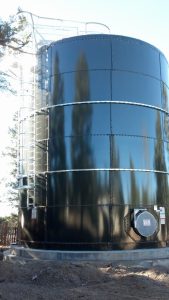 According to Joe Burke who lives in the subdivision and used to work for the water supply company, the leak in the water system caused levels inside their water tower to drop from being mostly full to sitting at about 30 percent. He said that when the levels inside the water storage tank drop at this rate, the water pressure pushing the liquid to the houses greatly decreases. This can leave people with low water pressure levels, and possibly no running water at all.

Luckily, Burke said that the water shortage has only affected certain residents of the subdivision due to the geographical terrain of the area. He said that due to the low water levels in the tank, the pressure going to houses that sit uphill from the tower have been the ones experiencing water shortages. He also said that the water company had been supplying the subdivision with more than five trucks of water a day, in an effort to counteract the low water levels.

According to Burke, houses like his, which sit downhill from the water tower, have not experienced as many issues. Burke said that he has had water running to his house about 80 to 90 percent of the time

Burke also said that the water supply company had been trying to find the leak for quite some time with no luck. “Finding leaks in a water main running underneath a street is hard to do,” Burke said. “They can only look for the leak at night when water usage from residents is the lowest. If you find the leak and then somebody flushes the toilet, the water can stop leaking.”