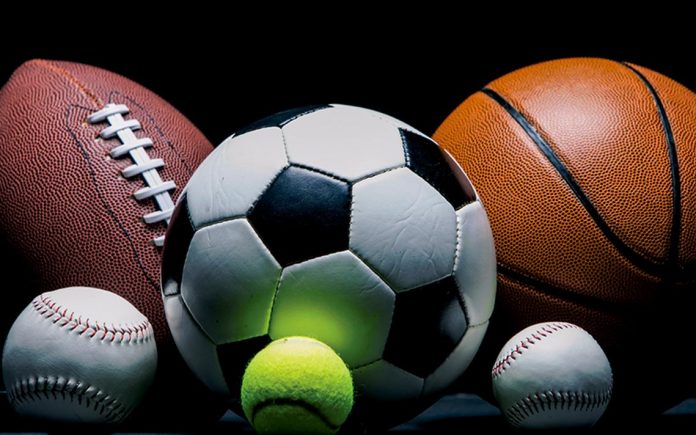 So far, the boy’s wrestling season is at its halfway mark and their season is going quite well.

According to the team’s coach Keith Sieracki, the team has suffered from several injuries this season. However, despite these setbacks, the wrestlers that have been on the mats have achieved much success.

“The biggest problem we have is that we came into the season pretty beat up,” Sieracki said. “We have one wrestler who was ranked number three in the state and he has been out with hernia surgery. And then we have another guy who was ranked number seven in the state at the beginning of the season and he has been recovering from a broken leg from football.”

However, despite being short a few key wrestlers, there are still some stars out on the mat. Plus, the two that did the best at the state competition last year are back on the mats for the 2019-2020 season. Brady Hankin, who won state last year in the 106 lbs. category, is back and wrestling at 120 lbs. Hankin has only lost one match this season and currently has a 17-1 record.

“For Brady (Hankin), his strengths have been his consistent year-round, relentless training,” Sieracki said. “A lot of times people fear somebody they go against, but he has no fear of anybody he wrestles. He doesn’t fear the wins or losses.  He just goes after every opponent with the same game plan. He is a calm, collected, very tough wrestler.”

Cole Gray, who took third in state last year, just recovered from an ACL injury but is back on the mats and currently has an impressive 8-1 record. Sieracki also said that since some of the team’s key wrestlers are injured it has given some of the younger boys a chance to get better. “Adam Gardner was a freshman last year and I don’t even know if he had a .500 record last year,” the coach said. “Now he is ranked tenth in the state at 160 lbs., so he is coming onto the scene pretty fast.”

The coach also said that there are three freshmen on the team that are stepping up and getting better every day. The coach said that he hopes he can get his injured players healthy before the season ends and continue to help his younger wrestlers improve during the remainder of the season.

Last week, the wrestling team just got back from the Cheesehead Invitational tournament in Wisconsin, which according to the coach, is one of the most premiere tournaments in the nation for high school wrestling. He said that the team was able to take six wrestlers and the boys had the chance to gain vast amounts of experience because they got to continue wrestling in a different bracket when and if they lost a match and were not completely eliminated with a loss.

Hankin went to the mid-western state and dominated in the 120 lbs. weight class and ended the tournament with a win. The feat helped Hankin jump up to being ranked the ninth best wrestler in the nation this year.

Gray also wrestled well during the tournament in the 170 lbs. weight class and took third place overall. He also won a trophy for getting the most pins in the shortest amount of time.

The Panther wrestlers have several matches this month and next month to prepare for the regional championships that take place Feb. 14-15 and the state championship tournament that is held on Feb. 20-22. The next time people can go out to a tournament and cheer on the wrestling team is on Jan. 22 at 6 p.m. when the Panthers take on Florence at home.

The Lady Panthers have so far had a rather rough start to 2020. The girls started playing just before school was back in session after their Christmas vacation and were immediately tasked with playing tough in-conference opponents.

The girls lost two games during their first week back which made their overall record drop to 2-7 and their league record start out at 0-2. On Jan. 4, the Lady Panthers played the Sierra Stallions at home where they lost 63-46. Last Thursday night, the girls challenged Widefield on the road and lost in a close one 48-46.

Despite the losses during their first two games of the year, there are some players that have put up some good statistics so far this season. Most of the games the girls have lost they stayed into it until the end and lost by close scores.

Defensively Jada Boddy has been leading the team with 36 defensive rebounds and 17 steals. Senior Delaney Battin has also been playing well as she has a total of 41 rebounds, 13 assists, and 17 steals.

The Lady Panthers continue their season this week as they play two more league games. This Tuesday the girls head down the Pass take on the 4-5 Harrison Panthers on the road. Then, this Thursday the ladies come back home to play the 4-3 Mesa Ridge Grizzlies.

Meanwhile, the boy Panthers have also struggled since the start of 2020 and they have yet to win a game in the new year.

In fact, the Panthers have now officially lost five games in a row including three they have played since they have been back from their Christmas break.

On Jan. 4, the Panthers went on the road to Sierra and barely lost the match against the Stallions by a 49-44 score. Then, on last Tuesday, the boys played their second match of the year on the road again against Discovery Canyon where they lost 71-55. Their second league match loss of the new year then came last Thursday when they played Widefield at home and were defeated 69-45.

The Panthers have so far started of their league play this season with a 0-2 record and they currently have a 1-8 overall record. The boys need to improve on both sides of the ball this year if they want a chance at playing in the post season.

Even though their record may not show it, the Panthers have good potential because some of the team’s star players have already put up some impressive statistics. Senior Markus Eiselein is so far leading the team offensively as he has scored 133 points during the first part of the season and has averaged nearly 15 points per game. Eiselein has also made 11 offensive rebounds and has made 45 field goals.

Defensively, Senior Vaughn Rea has had 32 defensive rebounds and 20 turnovers. Junior Bryson Cox also looks good this year as he has had 14 deflections and a total of 38 rebounds.

The boys will see if they are ready for the challenge when they face three in-conference teams this week. This Tuesday, the Panthers have a tough match at home against the 7-1 Harrison Panthers. Then on Thursday, the boys go back on the road to take on the 1-8 Mesa Ridge Grizzlies. To end the week, the boys play the mean 6-1 Mitchell Marauders on the road this Saturday.

With their 0-8 overall and 0-4 league record, it is probably safe to say that the Panthers do not have a chance of playing in the playoffs or getting a good ranking in their league. Hopefully, the Panthers can improve and rack up a win or two before the 2019-2020 season ends towards the end of next month.

This Friday, the Ice Panthers take on the 1-2 Liberty Lancers during an away game. Then next Saturday, the boys play a home game against the 3-7 Coronado Cougars. The Panthers then average playing a game or two a week until their last game of the season on Feb. 22.