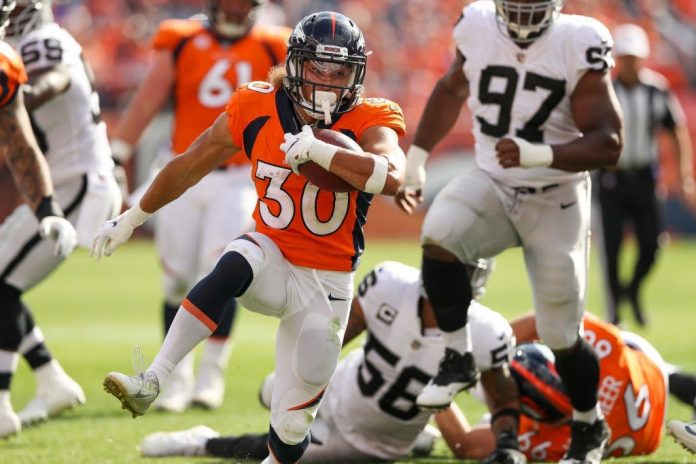 It’s hard to believe it’s the last game of the season for the Broncos. What better way to end a season than to knock off the Raiders?

After dispatching the Detroit Lions last week the Broncos are now at 6-9 on the season and have shown vast improvement over the Flacco games. Drew Lock is the real deal. He’s improved in every game he’s played with an asterisk behind the Chief’s game.

Last week the young feller threw for 192 yards on 32 attempts and no interceptions and one TD. 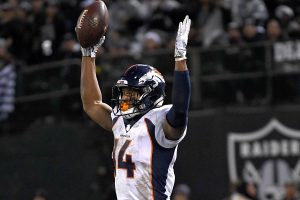 When the Raiders come to town next week they’ll still be fighting for a playoff spot. If the Week 17 games all go their way, it would result in a four-way tie between the Steelers, Titans, Colts, and Raiders.

The Colts would knock the Titans out on the divisional tiebreak. Since Oakland beat Indianapolis in Week 4, this would give the Raiders the nod over the Colts. The Raiders would then have a tiebreaker over the Steelers due to the “strength of victory.”

The Raiders beat division rival Chargers last week. Raiders quarterback Derek Carr had a good day against the weak Chargers pass defense. He passed for 291 yards on 30 attempts and one TD. Carr’s favorite target in the passing game lately is wide receiver Hunter Renfrow. Renfrow had seven catches last week for 107 yards and one TD.

Coming into Denver expect the Raiders to try to establish a run game with their number one running back DeAndre Washington. Washington had a good game last 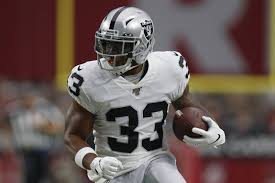 week, but the Raiders exploited the weak Charger pass defense and only ran the ball to Washington 23 times. Washington ended that game with 85 yards and no touchdowns.

The Broncos have been battling injuries on defense, but expect DeMarcus Walker to be back at defensive end. That will help, especially since Malik Reed is back from his injury. Reed had one sack and one tackle for a loss last week and we’ve missed him the last few games that he was out.

Denver quarterback Drew Lock is spreading the ball around like he’s giving out Christmas presents. Last week he connected with nine different receivers. Since

Courtland Sutton was double-teamed throughout last week’s game, DaeSean Hamilton and Tim Patrick became the go-to guys and they didn’t disappoint. Hamilton caught six passes for 65 yards, one TD, and Patrick hauled in five for 48 yards.

Lock is looking good. He still has a few mechanical deficiencies, but he is getting serious velocity on his passes and is showing he can fit the ball into tight windows. Last week was his first game without an interception and his second game without a sack.

The second string defense, and even the guys pulled up from the practice squad, have held their own. With Walker’s return and Reed back they can put the heat on Carr next week.

This will be a serious dog fight, but I think the Broncos pride will overcome the Raiders push to the playoffs. Official TMJ New prediction: Broncos stuff the Raiders 27-10