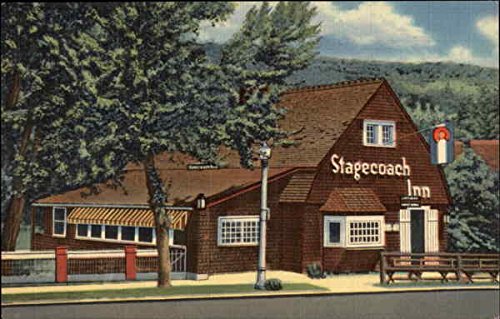 Although opened in 1881 and now known as P.J.’s Stagecoach Inn, the historic restaurant at the western end of downtown Manitou Springs has officially shut its doors indefinitely following a recent series of lawsuits and other financial woes that have plagued the business. 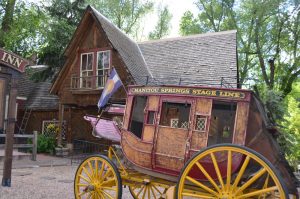 The Stagecoach Inn has served as an iconic eatery and historic landmark for years. The current owners are Paul Jakubczyk (AKA PJ) of Woodland Park and Joanna Barczynska, who purchased the restaurant in 2015. Jakubczyk also owned a small cafe known as P.J.’s Bistro farther down Manitou Avenue. It opened in 2002 and closed earlier this year and is now the location of Babu’s Indian and Nepalese Cuisine, which opened in October at 915 Manitou Ave. The Bistro was closed with the

intention to relocate to 1015 W. Colorado Ave., the former location of the European Cafe, which was operated by his mother. The plan to merge the businesses was started in 2013. He moved the business and, in 2016, returned to Manitou Springs.

The Stagecoach Inn underwent renovations for several months early in 2018, which included adding an outside deck. It also began expanding their live music offerings, changed their menu and hired a new executive chef.

The restaurant was closed recently after the city of Manitou Springs shut off its water on Dec. 4 for failure to pay a bill totaling $2,685.58, which included a past due balance and a restoration fee imposed by the city.

Previously, the owners faced a series of legal battles after former bartender Andrea 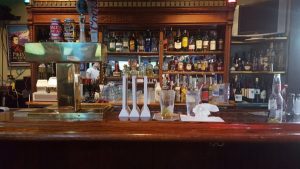 Schaus filed a class-action lawsuit against the owners for failure to pay money owed from tips. She filed a suit against them stating they did not pay tips left by customers on credit card payments totaling more than $300. A previous employee also made similar claims. According to local residents, the restaurant owners also had issues with income taxes. The restaurant also failed to pay into worker’s compensation and unemployment, so all current employees of the company are now out of work without recourse during the holiday season. Anyone employed at PJ’s Bistro or the Stagecoach Inn during the past three years is encouraged to contact the law offices of Gregory Givens at 291-4353, if they have questions about this situation.

A hearing is scheduled for the class-action lawsuit on Tuesday, Jan. 14 at the federal courthouse, 212 N. Wahsatch Ave. in Colorado Springs.

This is not a new issue in the Pikes Peak region, as several restaurants have closed for failure to pay income taxes, most recently a pizza chain in Colorado Springs, Borriello Brothers, who were closed for failure to pay $121,570 in sales tax revenues to the state, all the Denny’s restaurants, including a former one in Woodland Park, and a burger place once housed in the Manitou Spa Building.

The Stagecoach was a popular restaurant for local residents, tourists and visitors to the area, and had a strong historic tradition in Manitou. The Stagecoach Inn was built 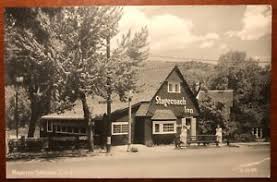 in 1895 by William Bell, one of the founding members of Manitou Springs. Despite its barn-like appearance, it was never actually a barn. Bell built a giant wheel in Fountain Creek with the intention of producing electricity to serve the newly formed town. It never worked properly, so he later installed a coal plant to produce steam, but it was only enough to light the street lamps in Manitou Springs.

After that, it housed the Manitou Journal, which later became the Pikes Peak Journal. In 1941, the building was sold to a paperboy, A.B. Armstrong, who turned it into a restaurant.