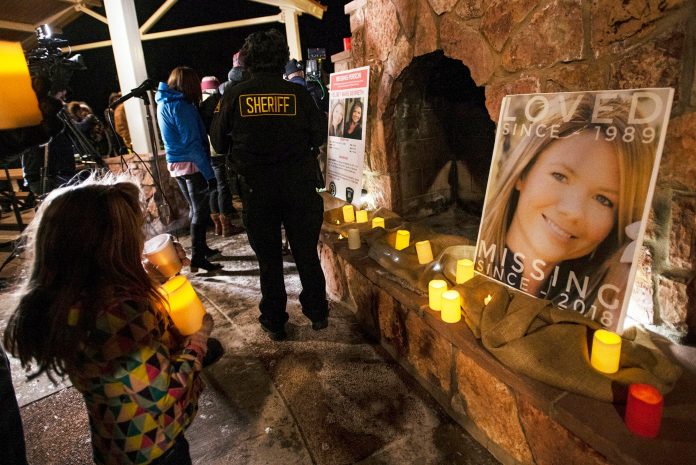 When a tragedy like the sudden and unexpected death of Kelsey Berreth takes place in a small mountain town like Woodland Park, the impacts are felt across the community.

Even though few locals personally knew the young mother who had not lived in the town for a significant period before her devastating disappearance on Thanksgiving Day, 2018, and the subsequent murder case that commanded national attention, the events that took place motivated community members to get together and figure out how local residents could show support for Berreth’s devastated family.

Even though nothing anyone could do would bring back the beloved mother, daughter, sister and friend that left the world way too soon, some members of the small town community found a way to help the family. A key business member 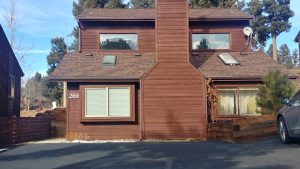 recently announced that many residents and business owners teamed up to renovate Berreth’s former residence in attempts to cleanse the property of any negative connotations it may have incurred due to the fact that it was a crime scene, where a horrific and brutal killing occurred.

Previous media reports stated that the residence could get labeled as a “stigmatized property” as a result of the negative opinion the property could get due to the excessive media attention Berreth’s tragic homicide received over the past year. However, for the last several months, a crew of volunteers have secretly been working towards making Berreth’s former townhome a place that should not be tagged as “stigmatized” or having any sort of negative aura surrounding it.

Within a few months of Patrick Frazee getting arrested for Berreth’s murder, the owners of Williams’ Log Cabin Furniture Vickie and Jerry Good, figured out a way they could help the Berreth family and organized a crew of concerned citizens that would 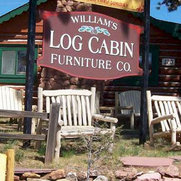 work towards revamping the property that once was the site of a disturbing crime scene. The furniture store owners met the Berreth family shortly after her death was announced to the public, and instantly started searching for ways they could help them.

Eventually, they came up with the idea to renovate Kelsey’s former home. The Goods started utilizing their resources and reached out to other residents and local business owners for help.

An Unprecedented Level of Community Support

According to Jerry Good, everyone they reached out to was more than willing to provide what they could to assist the Berreth family after the tragedy they suffered. Just by asking, the Goods were able to get the help from more  than a dozen people and local businesses.

Butch, Ian, and friends from Factory Direct Flooring not only donated flooring materials free of charge, but they provided their labor to put in the new floors. Mountain Aspen Granite gave the home new countertops while Woodland Hardware offered up other essential building supplies.

Other entities, such as the city of Woodland Park, Tweeds Fine Furnishings, and Jeff Smith of Smith Woodland Inc. with T.J. and Sean also helped move the restoration process along. Local residents like the Goods, Jason Memmer, Kyle Klug, Bob McCrorie, Drew Scharff, and Mike and Donna Hauck were also a part of the team that donated their time and labor to help the Berreth family.

Now, Berreth’s former home has been renovated, just like it is brand new. 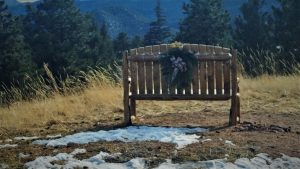 Furniture that was placed near Berreth’s former residence as a memorial for the young mother who was loved by many and left the world before she should have.

A local woman also hand-made a blanket with the name of Berreth’s daughter Kaylee stitched into it.

The Goods said that they organized the renovation efforts to show the Berreth family that one bad apple does not mean that the entire bunch is spoiled. “We didn’t want the actions of Patrick Frazee to set a bad example for everyone who lives in the area,” Jerry Good explained. “We tried to come up with a way to show the Berreth family that our community really cares.”

The local furniture store owners also played a key role in Frazee’s first degree murder conviction by giving police investigators video camera footage that showed both Berreth and Frazee’s vehicles driving towards and away from her property where the murder occurred on Thanksgiving Day 2018.

Last week, a local community member randomly showed up at their business and gave them flowers and chocolates as a way to thank the Good family for producing 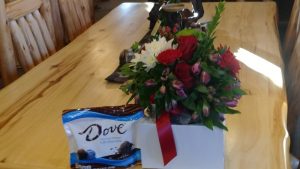 the video footage that helped the convicted murderer get locked up for life without parole,  which prevents Patrick Frazee from roaming the streets of Teller County in the future.

The Goods’ number one goal was to help the Berreth family with removing any negative connotations surrounding the young mother’s former residence so that her family could sell or somehow repurpose the Woodland Park property without having to put forth any efforts themselves.

“There was a lot of love in Kelsey’s home before her tragic murder,” Vickie Good said. “I want everyone to know that her home should not have a stigma. These four walls hold the LOVE of the community and volunteers, and anyone who lives there should consider themselves loved and blessed!”