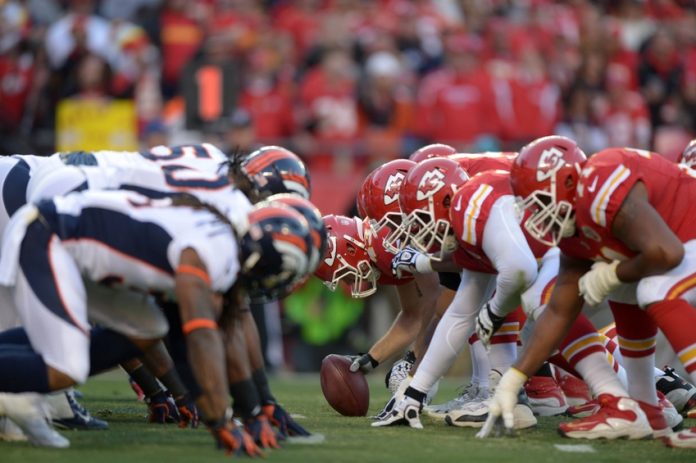 The Broncos pulled off a surprise win against the Texans last week 38-24 and it wasn’t as close as the score indicates. Drew Lock and company racked up 31 points in the first half alone.

While it may be too early to tell, whether Lock is THE guy at quarterback for the Broncos or

not, the kid has got some juice. Last week Lock won his first ever road game, had his first game passing for over 300-yards, threw three TD passes to one interception, completed 22-27 passes, and is 2-0 as a Bronco.

After the game last week, Lock was interviewed and had nothing but praise for the O-line, the receivers, backs, and especially the defense. You know the “other guys.” That was a smart move on his part to have that kind of class when you see so much confidence and swagger out of the young feller on and off the field. He could have made it all about him, but he didn’t. I like that.

Now it’s on the road again next week : This time to the dreaded Arrowhead Stadium to play the Chiefs. After a close win in New England last week, the Chiefs went to 9-4 on the season. Right now, as it stands on paper, the Chiefs, even if they win the AFC West, which they likely will, will be the third seed in the AFC Division Championship hunt. Last week the Ravens clinched a playoff spot and are 2 games ahead of the Patriots for the number-one seed.

After watching the Chiefs/Patriots game last Sunday, I see the Chiefs being beatable. Since Patrick Mahomes dislocated his knee against the Broncos in week 7 he has lost a step in his scrambling ability. Mahomes was only sacked once last week but the pressure from the Patriot’s defense forced him to throw am interception too.

The Chiefs couldn’t put together an effective run game last week either. Their leading rusher, LeSean McCoy only managed 39 against the Pats. The Chiefs only had a total of 76 yards rushing. They are vulnerable there. 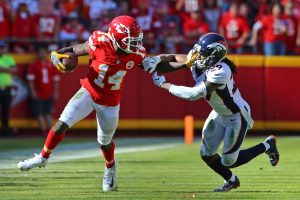 Passing has become the Chief’s single dimension. They smoked the Patriots passing with 292 yards through the air last week, but the Bronco’s secondary has been tough, sitting now in the top 5 defenses against the pass.

The Chiefs still have a deep ball threat with Tyreek Hill and Sammy Watkins. Take away those two and all they have left is tight end Travis Kelce.

The Broncos are banged up pretty bad on defense with Derek Wolff going down for the season with an elbow injury, and Von Miller nursing a bad knee, but the next men up have been doing a great job. Mahomes and Texan quarterback Desean Watson are cut from the same cloth. Both have strong arms and a great scrambling game. Last week the Bronco scrubs stepped up and got to Watson for three sacks. Backup Linebacker Jeremiah Attaochu scored two of those sacks. 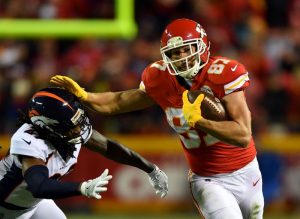 Winning in Arrowhead is as tough as it gets for any road team. The Chief fans are animals when it comes to laying down the noise. It will be interesting to see how Lock responds to his second major test against a playoff team on the road.

If I didn’t know better, I’d say this is a game that the Broncos can win. But I don’t know better so I’m going with the Chiefs at home.