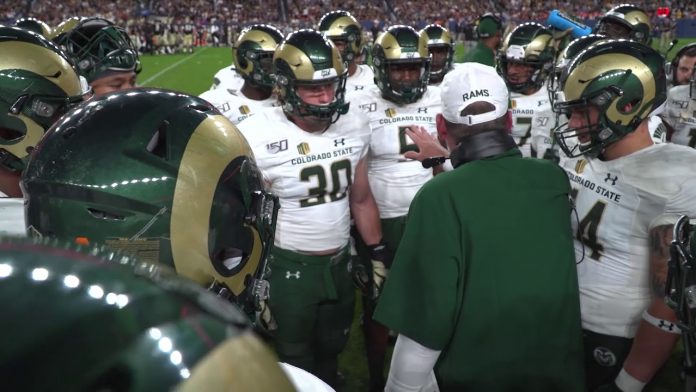 Many thought that the Rams would sport a competitive team this season, but they did not. The Rams struggled during the first part of the year, and they were unable to make up for it at the end.

During the middle of their 2019 season, the Rams looked as if they were turning things around when they won three games in a row. But, then they played tough conference teams during the last three games of the season and failed to win any of them. They did though, stay in their last three matches against their tough opponents and they were able to keep the scores rather close.

Let’s face it, nobody thought that number 19 ranked Boise State would only beat the Rams by one touchdown. When the Ram defense held Wyoming to only 17 points the week before, I was utterly shocked and amazed.

Ram fans were not the only ones disappointed with the team’s performance and rather poor 4-8 record as once their season was officially over, the university’s athletic director made a big and rather surprising move when head coach Mike Bobo was suddenly released. Early last week, it was reported that CSU and Bobo reached a “mutual separation agreement” that sent the former head coach packing with a nice conciliation prize that exceeded a million dollars.

The only question Ram fans must ask now is, who will be Bobo’s replacement for the 2020 season? Tony Alford, Billy Napier, and Billy Gonzales have all been talked about as possible options. 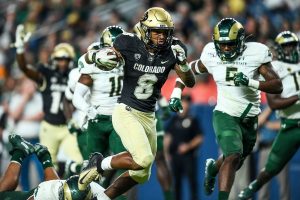 The Buffs season this year was one with quite a few hits and misses. The Buffs started out their season well but then they hit a slump during the middle part of their 2019 regular season.

The Buffs did do decent towards the end of their regular season play as they beat Stanford and Washington which were two games that I thought they would lose. The Buffaloes did, however, lose their last game of the season substantially when they got stomped by number five ranked Utah 45-15.

CU ended their year with a 5-7 overall record that doesn’t sound too horrible but their 3-6 league record stuck them in second to last place in their Pac 12 South conference. The Buffs only ranked higher than the 4-8 Arizona team in their league that Utah easily won as USC fell in second place by earning a 7-2 conference record that was only a game behind the conference champion’s 8-1 league record.

It has been a sad last two years for Buff fans, as at times looked like a football  team that could compete with the best of them. Next season, CU needs to focus on being consistent and they may be able to squeak out a winning record, something they just barely missed to accomplish during 2018 and 2019.

Well, it actually happened! The Falcons have reigned as officially Colorado’s best college football team this season and they will be getting an invite to a bowl game this winter. 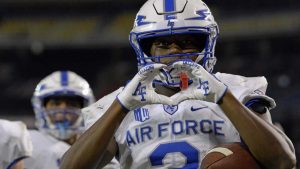 The team missed the number one spot in their MW Mountain Conference as they fell behind the number 19 ranked Boise State Broncos who earned the MW Mountain title this season with an 11-1 overall record and an undefeated 8-0 league record.

With their 10-2 overall record and their 9-1 league record, the Falcons finished the 2019 season with a national ranking of 25. The Falcons looked hot up until the end when they finished regular season play with a seven game winning streak.

The Falcon team shined mainly because of their explosive offense. The team’s defense has not looked super impressive all season, but they have been good enough to stop teams when it really counts.

However, the Falcons did play well in both of those games even though the teams were some of the country’s best. The Falcons only downfall is that they struggle to stop stellar offenses from scoring.

It is not yet known where or when the Falcons will play in a college football bowl game, but many predictions say that they will play in the Lockheed Martin Armed Forces Bowl in Fort Worth, Texas on January 4 and many think that they will take on the 8-4 Western Kentucky University Hilltoppers who placed second in their Conference USA East league.