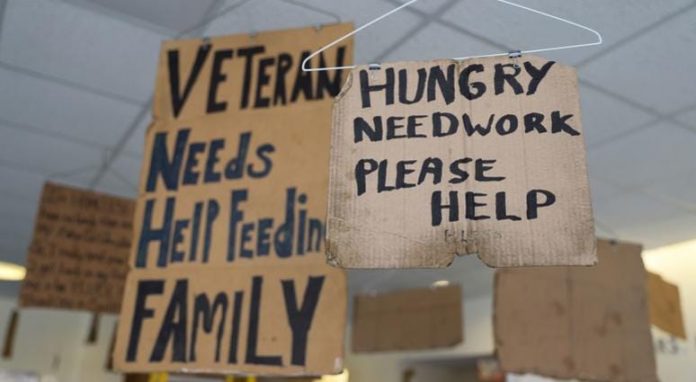 Christmas came a little early in Cripple Creek for a slew of nonprofit groups, thanks to the charitable but business-like and no-nonsense attitude of local students.

The Cripple Creek City Council last week opted to hand out nearly $20,000 in grants to many area groups and organizations. This is a process done twice a year and is part of the city’s community allocation dollars.

And with no exceptions, the council took the complete advice of the allocation recommendations made by students associated with Cripple Creek/Victor RE-1 School District’s Pioneers In Public Service Funding program. The program enables high school students to take a leadership role in government.

Ted Borden, executive director of the Aspen Mine Center, lauded the program, and the energy and passion invested into the effort by local students.

And if local nonprofit leaders thought they were going to receive softball questions from high school kids and get off the hook easily in the funding interview process, they encountered a big surprise. That was one point stressed by Borden,. The Aspen Mine director praised the questions the students asked the various representatives of nonprofits. He quipped that representatives of these groups were quite impressed by the scrutiny their programs received.

Altogether, 10 groups made requests for money. In order to receive the funds, the groups had to do programs that benefitted residents in southern Teller. Some of the top recipients included such groups as Teller Senior Coalition, Community Partners, CASA, and the Cripple Creek Care Center.

The Pioneers group had a lead student to address each funding request.

The council didn’t make any changes in the recommendations and praised the work of the students and the overall program. Altogether, the students recommended releasing $17,500 in this funding cycle. This marked the 18th year of this program, which formerly existed under a different name

On the upside, the city’s community allocation funding effort has occurred in a rather non-political manner and with no controversies.

A similar program in Woodland Park has often ignited big debates. But that hasn’t been the case in Cripple Creek with the council rarely altering any of the recommendations made by the high school kids.

However, on the downside of the community outlook, the council last week heard a plea from a resident of the Lost Burro campground area, who wants to see the city do more to address the situation with homeless individuals, and those who don’t have permanent dwellings to reside in.

The female resident suggested that the city donate some land for a homeless shelter area, or place for people to camp. She cited this as a critical issue and indicated she had a plan for combating the problem. The woman said the homeless plight of many individuals can get worse if they can’t get out of their current situation. She said this problem leads to drug and alcohol addiction, domestic struggles and other related woes.

“The one thing missing is housing,” said the speaker, who at times got quite emotional in discussing her own personal struggles with homelessness in a variety of locations, such as Trinidad and Sedona, Arizona. The woman, who addressed the council during a period reserved for public comment, said the initial 48-hour period when a person and their immediate family becomes homeless is critical in devising a solution. She described many of these people as “home free.”

Councilman Tom Litherland, who ran last week’s meeting, directed the resident to check out the services offered by the Aspen Mine Center.

No specific details were unveiled for a solution by the Lost Burro camper or the council.

This is not the first time the plight of unsheltered folks has been mentioned at a city council meeting. Southern Teller has always dealt with a transient population, with many unable to secure a permanent roof due to the lack of affordable housing.

In a recent 60 Minutes show focusing on the homeless situation across the nation, statistics indicate there are now more than 500,000 unsheltered people in the United States. But the face of the homeless sector is vastly different than earlier perceptions, with many of these folks holding full-time jobs, according to the 60 Minutes segment. Some end up living in their vehicles for an extended period due to financial reasons. Anderson Cooper, who aired the special segment, referred to these people as “unsheltered.”

The book Nomadland by Jessica Bruder depicts a similar picture, showcasing the growing flock of Americans who don’t have a home and live in RVs and modified vans.

The issue of homelessness often triggers mixed sentiments in Teller County. Many officials and social service workers want to do more to help these individuals, while others from homeowner groups are bothered by the sight of people living on the land and in their vehicles.  The county, for example, has imposed sterner regulations regarding camping on vacant lands for extended periods.