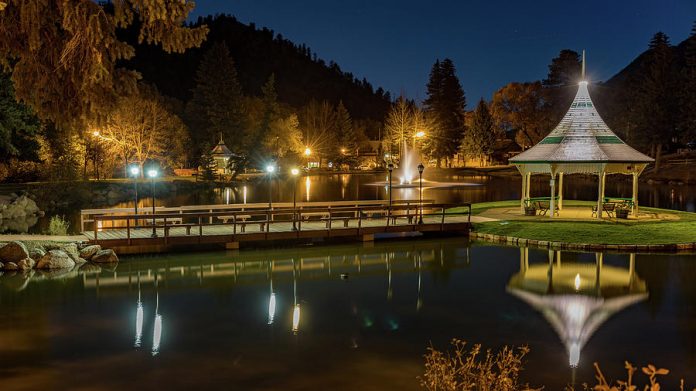 In a rare move for a local government in the Pikes Peak area, the town of Green Mountain Falls has proposed slicing its public meeting schedule in half as a way to increase efficiency.

The plan, submitted by new Town Manager Angie Sprang, was approved by the board of trustees last week. It will go into effect shortly.

Under the new approach, both the board of trustees and the planning commission will only meet once a month, unless a special session is requested by the mayor or by several trustee members.

In a previous staff report, the changes were recommended for “efficient use of staff time, and a respectful and efficient use of elected officials and volunteers time.” The plan also could reduce certain legal review costs.

With this proposal, the regular trustee meetings will occur the first Tuesday of the month, with the planning commission session scheduled for the second Tuesday.

In the last year, the town government has been riddled by poor attendance at public meetings and canceled sessions. This marks a big change from four or five years ago, when trustee sessions had huge crowds, as the town was quite divided over key issues, such as law enforcement, a new town hall, road improvements and a town manager form of government. The press often labeled these sessions as the best entertainment show in the region, with some meetings nearly turning into shouting matches.

Recent trustee sessions, though, have hardly generated any comments. At times, meetings have only lasted a little more than 30 minutes. That is a big change from several years ago, and even during the reign of interim town manager Jason Wells, when the town combated several unprecedented emergencies.

Canceled meetings have bogged the current government down, even with changes calling for a fewer number of elected leaders.

On the downside, the new changes could limit the time for official public input and gripes over familiar issues concerning roads and maintenance. The subject of This public work was highlighted in a comprehensive master plan, adopted in 2019. Also, some concerns may arise over the reduced meeting schedule, giving the town enough time to conduct business.

Plus, the town now must deal with the biggest annexation bid for a commercial project proposed in years, with plans for taking in the Joyland Church and Red Devil Mountain parcels, encompassing an approximately 32-acre area.  This annexation, requiring a lengthy 16-step process, could set the wheels in motion for a major hotel project at the former church property.

However, in the new reduced meeting schedule, the door is open for special meetings and workshops. A second meeting could occur if a business is expected to take an hour and a half or longer, according to a recent staff report.

Still, this move sets GMF apart from other towns in the area. In Woodland Park, meetings have typically almost occurred on a weekly basis in the last year, with sessions sometimes lasting more than five hours.

Both the Cripple Creek and Victor councils meet twice a month, and run their sessions in a fairly prompt manner, with meetings rarely extending over an hour.

The Teller County commissioners, meanwhile, also meet twice a month, with their sessions running between one and three hours.

As a result, GMF would be carving a new path with this meeting schedule.

In other GMF news, elected leaders last week approved the 2020 budget, calling for a general fund spending level of  $602,777, which is fairly similar with the previous year. The next year’s fiscal blueprint also calls for a capital improvement fund of $453,206.

The town is also eying some key grants, such as for fire mitigation, a planning code update, construction of a fishing pier at the lake that meets American Disability Act guidelines and upgrades for public restrooms.

In a related fiscal matter, the town leaders approved the tax rate for next year, calling for an assessment of 17.588 mills.