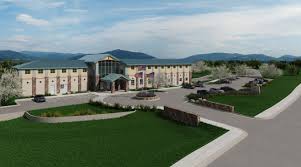 Recently, the Teller County commissioners approved an increased budget next year for the sheriff’s office that is slated to help with many issues.

This is one of the highlights of the county’s proposed $39 million fiscal slate for 2020, with a hefty hike in the general fund.

The first big plus of this increase is that the commissioners approved more money for the sheriff’s department to give their deputies raises and make their pay more competitive with other law enforcement agencies in the state.

Secondly, the commissioners have signaled the green light for $7 million-plus on upgrading and expanding the old sheriff’s office building. The office expansion has been in the works for several years and the commissioners have pulled money out of the budget each year to save up for the new building’s $7.2  million price tag.

According to Teller County Sheriff Jason Mikesell, the extra money for their deputies has been in need for quite some time. The salaries that the sheriff’s office has been paying their deputies are lower than the wages of law enforcement agents in neighboring counties.

This is one of the reasons causing much turnover in the past.

Mikesell said that when Sheriff Mike Ensminger was in his office, the department had a 200 percent departure rate. This means that the sheriff’s office gained an entirely new staff twice each year during Ensminger’s tenure.

He said that some of the turnover was due to the county’s inability to pay competitive wages. Initially, the sheriff wanted to propose a mill levy increase, but the county commissioners figured out a way to tweak the county’s budget in order to allow for local deputies to get paid more money.

The sheriff also said that the wage increase was needed to attract more applicants to the department. According to Mikesell, recently the sheriff’s office posted five open positions and they only received one application after a month of advertising for the jobs.

“The problem is that we’re in the lowest  10 percent in pay for deputies across the nation,” Mikesell said. “I mean it’s really to where deputies can’t live here anymore. 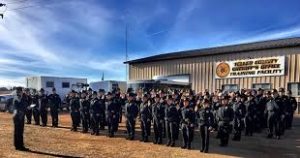 They can’t afford to work here anymore. And it was really bothering me when that seemed to be the case when I have deputies working every day and they have done such incredible work within the county on stemming the marijuana issues.”

Mikesell emphasized the fact that due to low wages the law enforcement agency is often understaffed and they are only able to send one or two deputies to respond to any given situation. This often causes injuries when the suspects turn violent towards the first responders working to keep the peace.

The county sheriff said that last year 11 deputies suffered on-the-job injuries. He also pointed out one incident where a Cripple Creek police officer and a Teller deputy had an incident where the suspect tried to kill one of the law officers.  The officer was forced to shoot the perpetrator in order to stop a potential murder.

Mikesell said that injuries resulting from incidents like these can put officers out of work for an unknown period of time. When some officers are forced to miss work due to injuries, it sometimes requires other deputies to work overtime to fill in the missing slots.

He hopes that the increase in wages department-wide will help stem some of the issues the agency has faced in the last year or so because they will be able to attract more qualified law enforcement officials. Mikesell believes that offering better wages will also help lower the office’s turnover rate that has a history of being excessively high.

The other big money item that was budgeted towards the sheriff’s department involved the mega expansion of their headquarters’ facility located in Divide. According to Mikesell, the expansion has been needed for years.

Some critics have labeled this as a “Taj Mahal” expansion that is way too big for Teller County. But county officials say a  larger facility is overdue.

The sheriff said that the building the sheriff’s office has been conducting their operations for several years was originally built decades ago, and was designed to house a small fire department. The lower level of the building was initially only made to house fire trucks and not people.

But, ever since the sheriff’s department took over the structure, it has served as a rather ill-equipped sheriff’s department headquarters. Mikesell said that the building did not have central heat and that his staff was forced to work in areas that were not designed for people to be working inside.

All of his supervision staff, consisting of his lieutenants, sergeants, and commanders, was forced to share one small office to work inside. His dispatch team was also forced to conduct their operations inside the warehouse-like atmosphere.

The old building also proposed challenges for the sheriff’s department when they tried to conduct interviews with both suspects and victims. Before, the sheriff’s building did not have separate areas where you could interview a victim and a suspect at the same time without them being in the same room.

“What I have now is almost nothing. I have two bays for deputies to work out of,” the sheriff explained.

The new expansion, which will encompass 15,000-square feet, triple the size of what they have now,  should be completed by late 2020.  A lead architect and contractor has already been approved for the project.