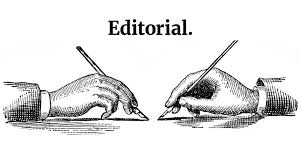 Winners and Losers of the 2019 Election

Pound the drumbeats and bring out your crying towel.   Here is TMJ’s acclaimed list of winners and losers of our recent election.

The Status Quo Administration of the City of Cripple Creek

No question about this one. Milford Ashworth’s strong showing in the mayor’s race served as a definite pat on the back for the current administration, led by Mark Campbell. If Meghan Rozell had triumphed, big changes may have occurred, or at least been proposed. Plus, the big local win of the sports betting question in the Creek, 2C, showed that locals are heeding the words of their city leaders, who lobbied hard for the support of this issue, or at least in educating folks on the importance of this proposition.

The same logic can’t be said for county voters, who snubbed the state sports betting issue, Proposition DD. That verdict is a big mystery to us. Do they not know they live in a gambling county?

The Lobbying Effort for Sports Betting

It was a little too close for comfort, but Prop DD, the state sports proposition. squeaked by in the end. As a result, kudos would have to go out to the city of Cripple Creek’s head lobbyist, Solomon Malick of the Peak Government Affairs group. The Creek and the other two gaming towns, and many lawmakers, took a gamble by trying to lobby hard for getting lawmakers to put the sports betting issue on the ballot. If the proposition failed, they would have been playing defense for years in preserving the limited monopoly they have in allowing this activity to occur in the gaming towns only.  Cripple Creek may have been on the road to bankruptcy.

As it is, the gaming towns emerged as a big winner, even though the state issue turned out closer than many expected. If anything, it will add a little more excitement with another form of betting. Just don’t bet on the Denver Broncos.

Well, maybe it wasn’t exactly a marriage made in heaven, but give credits where it is due. The Teller County Republicans organized a staunch campaign against Prop CC, the Taxpayer Bill of Rights tampering  measure, and they delivered a simple and effective message: This is your tax money, and don’t believe the promises of the state. It worked, with 75 percent of Teller voters casting no tallies against Prop CC. Talk about an absolute slaughter. We just wonder if the anti-state sentiment may have led to the surprise “no” tally against Prop. DD. The vote against DD county-wide was strange to say the least

Across the state, love him or hate him, most Coloradoans favor Doug Bruce’s TABOR law, and don’t want it to be tampered with. This message was relayed loud and clear. Colorado Springs Mayor John Suthers, who we rarely agree with, had a good point the evening of Nov. 5. According to Suthers, the state does a plain lousy job in explaining how they are going to use extra tax money, while local entities rise to the occasion on this front. Look how successful Colorado Springs was in gaining approval of fiscal spending issues for parks and roads passed. This occurred in the hub of anti-tax land itself.

Teller County generated a turnout of close to 50 percent. That wasn’t bad for a coordinated election, with only two questions for many voters. It’s not super, great, but could serve as an inspiration for next year’s presidential vote. We wouldn’t be surprised if turnout exceeds the 90 percent level for that one.

A campaign organized by many former employees and parents against Board President Tim Braun finally hit pay dirt, with Braun’s official ouster. After several years of talk and allegations, critics of the school board finally got their wish.

Tim, in our opinion, made a blunder when he tried to fight this in court and in filing one appeal after another. Better resources would have been spent on hitting the campaign trail and in emphasizing the highlights of what the district achieved under his board leadership.  The court maneuvers just made more folks question his agenda. And then the situation got worse with the resignation of two other targeted members of the board, leaving Braun out to hold the recall bag on his own And to top matters off, the mailer Tim Braun and folks sent out was just too confusing for most voters.

The big Gov may have gotten his first real ass whipping since getting elected a year ago, whether he wants to admit it or not. The big defeat of Prop. CC was a reality check for his administration, and a signal that many don’t trust the spending aspirations of his administration. Coloradoans may support Polis on many of his pro-green and progressive social issues, but when it comes to their pocketbook, the stakes are different.

We can remember shortly several years after gaming got approved, one of the veteran business/casino owners, (no names will be  mentioned to protect the guilty) who played a role in the original campaign, commented to us.  “Cripple Creek is still a good ol’ boys town, and  maybe that’s a good thing.” He was referring to fears that the town could get taken over by big money gaming ties and outside influences.

Election 2019 showed that many familiar local community ties are still quite dominant in the Creek, and social media posts are not widely accepted as the truth. But hopefully, many of the reform-based ideas, especially in having more town meetings/forums on key issues, are looked at more closely. One issue both sides definitely agree on is the need to diversify the economy and bring a more board demographic to town.