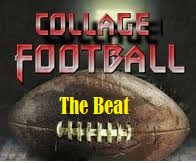 The Falcons still look good this year even though they stumbled a bit last week against their Army rivals.

It was surprising that for once the Falcons played a very defensive game at least in the first half as the score was 6 to 3 Army.

The Falcons did step up defensively that game as they made it hard for the Army offense to get into the end zone. However, the Falcon team’s biggest weakness this year is still their defense which is a fact that could haunt them later on in the season.

This week, the Falcons play against the New Mexico Lobos during a match that should be an easy one for them to pick up another “W.” The Lobos are in the same conference as the Falcons and it is possible that they could upset them. However, the Lobos look less than mediocre this year as they even lost to the Colorado State Rams. The fact that they are playing at home could help them but the odds are definitely stacked against them winning.

Trevor’s Prediction: The Falcon offense should be able to gain points during this game quickly. The Lobos are known to let opposing offenses get away from them and score several points. Therefore, I think that is exactly what will happen. I’m taking the Falcons on this one by a big margin. Air Force 48, New Mexico 14. 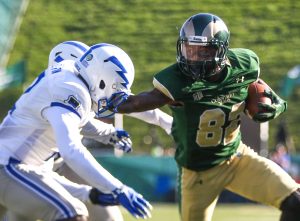 around for the season. Their big win against Fresno State did seem to help them gain some momentum.

They came into their match last week against UNLV and looked stellar right off the bat. The Rams were able to quickly put points up on the board in the first half. The team’s defense also held through in the first part of the game and did not allow any points in the first have giving the Rams a 24-0 lead at halftime.

However, it is still yet to be known if the Rams can keep up this streak of playing well. I believe that there still could be a chance that later on in the season we will be seeing the Ram team that we saw earlier in the year once again.

This week, the Rams have another week off but then they come back from their break to take on the Air Force Falcons that seem to be on fire this season. The Falcons have looked good recently as they have smoked teams that were really good and surprised many sports predictors including myself.

Trevor’s Prediction: Being a Ram fan I can commend my boys in yellow and green on how they have improved recently. However, I think for one that it is too little, too late, and for two that their streak will come to an abrupt end when they play the Falcons at home next week. Air Force just looks too good this season to fall to the Rams even though they seem to have turned things around for the time being. Air Force 38, Colorado State 28.

Colorado Buffaloes Square Off With Stanford 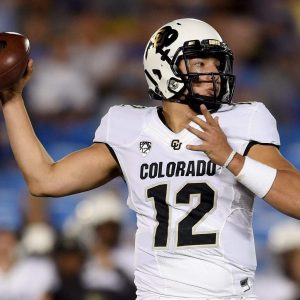 fans false hope in the beginning of the season each year. Last year, they were undefeated in the first half of the season and then lost every game in the second half to end the year with a .500 record.

This year, the Buffs didn’t start undefeated due to their loss early in the season to Air Force, but they did look decent. But then again as the season wears on the Buffs are starting to look worse and worse. Not too long ago the Buffs struggled and suffered from a four game losing streak in the middle of the season.

And, unfortunately for Buff fans I don’t see the rest of the season getting any better for the Buffs. This week they take on Stanford at home during a game that I think will be tough for them to win. 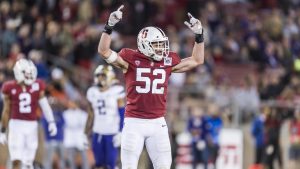 winning games. Besides a stumble a few weeks ago against UCLA, Stanford has been looking quite stellar.

Trevor’s Prediction: The Buffs will show this week that they are still riding on the struggle bus right now and they probably will be for the remainder of the season. The Buffs chances at doing well in the Pac 12 or getting an invite to a bowl game are virtually over. However, Stanford still has something to fight for this season and I think they will come out swinging big time. Stanford 38, Colorado 17.