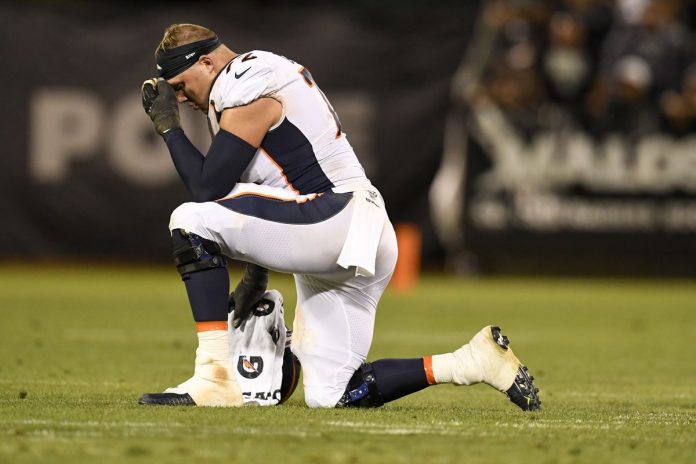 It’s always good to have a bye week around mid-season. A bye after game 7, 8, or 9, allows your injured and tired players to have a chance to recharge without having more than as many as 9 games left to play in the season. A bye too early and the players get worn down late in the season, a bye after mid-season and players can be too beat down to recover with just the extra week rest.

Well here we are with 9 games down and 7 to go. The Broncos are 3-6 on the season. So how did we get here and what does the future hold?

Here’s a look at how we got to this point. For openers, the Broncos faced the 2nd toughest schedule on paper coming into 2019. With the 2019 schedule, the Broncos play 5 of their 16 games against teams that were in the playoffs in 2018. Two of those teams, the Chiefs and the Chargers they play twice so that’s actual 7 times the Broncos play last year’s playoff teams.

Of the remaining schedule, the Broncos only play two teams that haven’t won at least 6 games going into week 9. So yeah, it’s been a brutal schedule this year. That is the first parameter of where the Broncos are at, at the end of nine games.

Other parameters of measuring the limited success of the Broncos to this point are: completely new coaching staff, a young inexperienced roster, an offensive line made up of injury-prone free agents and Garett Bolles at left tackle who leads the league in holding penalties for two consecutive years, and finally, the acquisition of a veteran quarterback who has never taken a snap as a Bronco.

So let’s break those down. Head Coach Vic Fangio was a mastermind as defensive coordinator with the Bears before becoming a head coach. He has never in his decades 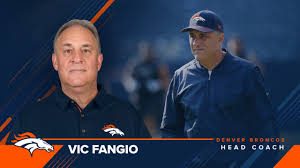 been a head coach of an NFL team. It’s taken time for him to adjust in many ways to being the top dog. Fangio is used to calling defensive plays from the booth, not the sideline for one thing.

As far as experience goes, the Broncos are the fifth-youngest team in the NFL. The average age on the Broncos roster is 25.5 years old. These guys are just pups when it comes to putting on big boy pants and playing at NFL speed, as well as adjusting to the more stringent rules in the NFL opposed to college ball. Add to that a whole new playbook to absorb and execute.

The veteran, Joe Flacco at quarterback has not performed as expected. Elway brought Flacco in to manage the game and limit common mistakes that may have happened had 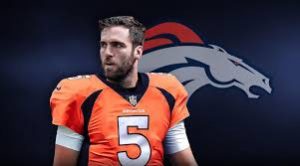 the Broncos gone out of the gate with their second round draft pick, Drew Lock. Unfortunately, Flacco was a one dimensional quarterback, and it didn’t take long for teams to learn that stacking the box and putting pressure on Flacco was a key to winning.

Finally, that offensive offensive line. Elway has spent HUGE money on two free agent linemen. Ron Leary at right guard has missed several games since signing a $18.65 million deal in 2017. He hasn’t played up to that paycheck even when he wasn’t injured.

Right tackle Ju’wann James was signed this year for a record $51 million on a four-year contract. James has only played 3 of 9 games this year.

Left tackle, Garett Bolles is pathetic. He was the Broncos first-round pick in 2017 and was given a 4-year, $11 million contract. Since his rookie year, Bolles has had 7 holding penalties in 2017, 7 in 2018, and 8 so far this year. Four alone against the Bears this year. Coaches admit Bolles just doesn’t get it.

So that is the history so far.

The good news for the Broncos is, they are a good team in a bad situation. Given the frailties I’ve outlined above, the Broncos have lost three of their 6 losses by only 2 points. All three of those games came down to the wire with the Bronco losing at the last minute. They could be 6-3 had they won those three close ones.

More good news? Brandon (who?) Alan has replaced the injured Joe Flacco at quarterback. Last week against the Browns, Alan threw for 193 yards on 20 attempts. Not earth-shattering, but he did throw 2 TD’s and scrambled out of trouble multiple times. With Alan at the helm, the Broncos scored more than 17 points for the first time this year.

The prognosis for the rest of the season? With Alan at quarterback, the Broncos are in a much better situation. That doesn’t by any means mean they are going to the playoffs. The remaining schedule is still tough. TMJ News projected future wins? At best this team wins 3 more games this year against the Chargers, Lions, and Raiders.

But who knows? Brandon Alan may be the next Gardner Minchew. The proof will be next week when the Broncos travel to Minnesota to take on the Vikings.