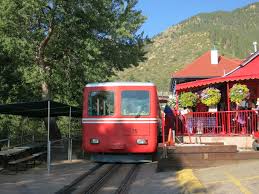 The often development-plagued Woodland Station area in the heart of downtown will feature yet another historic attraction with the addition of a cog rail car that once carried passengers up and down Pikes Peak, as part of the popular tourist railway that operated for 125 years

The attraction shut down last year for repairs and improvements, allowing the old cars to be obtained by interested parties. 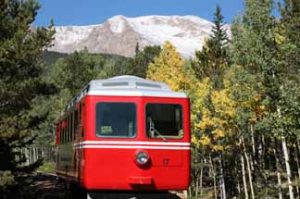 acquisition of one of the cog rail vintage cars during a second special meeting on the subject with a 7-2  vote.

During their first special meeting on the issue, mixed opinions were voiced. DDA Board Member Al Born questioned whether the car fits in with the theme of Woodland Park and DDA Board Member Ellen Carrick wondered where the money was going to come from.

Councilmen Noel Sawyer and Paul Saunier were in attendance and voiced their opinions. Sawyer felt this was not a need by the city but rather a want that didn’t necessarily meet snuff. Saunier, on the other hand, contended that the car would preserve a 126-year history of the region.

According to DDA President Merry Jo Larsen, the DDA can get the rail car for no cost for the actual vehicle, but it must foot the bill for transportation and set up. The car, if acquired will sit somewhere on the Woodland Station property.

At last week’s meeting, more testimony pro and con on occurred on whether the DDA should fund such a purchase. DDA Chairperson Merry Jo Larsen asked the board to okay the sum of $15,000 to cover the cost of bringing the car to Woodland Station and setting it up.

Those in favor believe the car will bring more tourism to the city. They also say the value of the car is like money in the bank as it can be sold on the open market if the DDA so wishes, and getting the car for no cost is too good a deal to pass up. Several citizens were in attendance who also spoke in favor of the project.

Those who oppose the purchase believe the cost of transporting the car to the city and setting it up is too expensive and have expressed concerns over using $15,000 of the organization’s estimated reserve of $30,000 for the project.

City Council Liaison to the DDA, Kellie Case, said, “I think it’s better to have that money in the bank.” DDA Board of Directors Al Born stuck to his guns insisting that the car is not in line with the western theme of Woodland Park. Born suggested a better idea would be to seek out an old steam engine that is more appropriate to the city’s railroad history.

Several DDA members who have looked into those options said steam engines are difficult to find, and when found are extremely expensive.

During the discussion Larsen said the two developers who have submitted plans for major projects at Woodland Station are in favor of the idea. She mentioned the developers’ only concern is where to place the rail car. At the moment the suggested location for the car will be on the first tier of Woodland Station behind the depot.

The DDA has been doing a lot of behind the scenes research into bringing the car to the city. One of the initial challenges for the cog rail car installation involves the soil where the car will sit. This area needs to be compacted to support the weight of the car and track. To leap this hurdle, RAM Construction submitted a bid to compact the soil for $577, which they will waive and donate to the project.

With site prep, transportation, and all that goes into it, the original estimated cost of acquiring one car was between $12,000 – $15,000. With some negotiation and research work, the board managed to lower that estimate to $10,800.

As was the case of the horse and stagecoach sculpture, the DDA is excepting donations to offset the costs.

They have teamed up with the Mountain Arts Council and have set up the Cog Train Foundation to channel donations for the project. They have also secured the services of a professional grant writer to attempt to bring in even more money. The city has also agreed to have their city crews help with the installation.

The DDA expects the car to be installed on or about November 19.  In the final vote on releasing the money for the cog railway car, Case and Born cast the only no tallies.