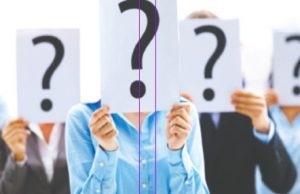 With the recent resignation of veteran Woodland Park council member Carrol Harvey, the gates are wide open for a successor, and nearly 10 candidates are heading to the starting line.

Once again, strong interest has been expressed for snagging an appointed slot, even though the term only lasts until April.

To fill Harvey’s seat council must approve a new member by a simple majority. According to City Clerk/Assistant City Manager Suzanne Leclercq, applications for individuals interested were accepted until Oct. 25 at 5 p.m.  The clerk stated that the council will review the applications and conduct interviews on November 6 during a special meeting.

The council will then vote on the candidates, with the contender getting the most votes obtaining the seat

In the event of a tie vote by council, the nominees must be approved by a vote of the citizens in a special election. In the past a council tie for an appointed slot would be broken by a coin flip, pulling names from a hat or high draw of the cards. This actually occurred during the original appointment of Mayor Neil Levy about five years ago.  Following a series of elimination tallies, the council was split between Levy and Phil Mella and had to resort to a chance drawing.

Many civic leaders were outraged at how this was handled, complaints that led to an adjustment in the city’s charter. The change required that if the council can’t reach an appointment verdict, then the matter is decided by the citizens.

But even with elections, a tie vote sometimes can’t be avoided.

The last tie in an election in Woodland Park was between Councilperson Noel Sawyer and Councilperson John Schafer in the 2018 mayor/council election. Schafer and Sawyer each received 997 votes and the winner was chosen by a draw of the cards. Sawyer drew the

queen of hearts, Schafer drew a 9 of diamonds.

The next regular election for mayor/council is April 7, 2020. Those up for reelection are Councilpersons Paul Saunier, Val Carr, and whoever replaces Carrol Harvey. Harvey’s replacement, according to the city charter may remain on council for the remainder of Harvey’s term. This means whoever takes her seat will be facing a reelection come April.

But based on past trends, whoever gets the appointment is propelled to the front-runner spot in the next regular election.

With eight contenders for the seat, the council will most likely have to conduct several votes to narrow the field. Ultimately, the candidate with the most council tallies, done usually through a ballot process, wins.

Mayor to Step Down

Levy’s seat is also up for grabs in this coming election. In a phone interview with TMJ News, Levy said he is not seeking reelection even though he is still eligible and won’t be impacted by term limits. He said, “I am not considering a run for reelection.”

After getting appointed, Levy won the mayor’s seat during the last two municipal elections.

In an email from Noel Sawyer, he confirmed he is running for mayor in April. Sawyer is in the catbird’s seat. Even if he loses his bid for the mayor’s seat, he’ll retain his seat on council for another two years.

Each council seat serves a four-year term. The mayor serves a two-year term.