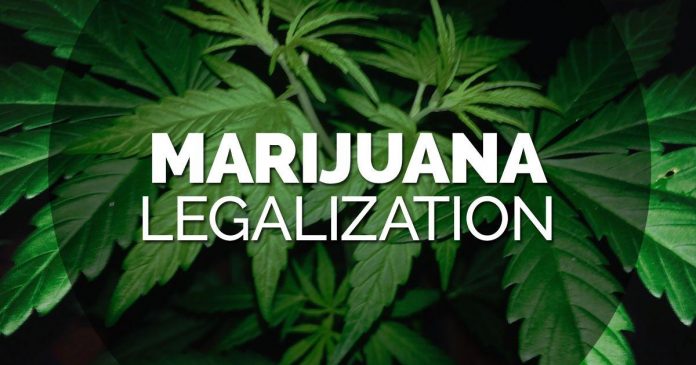 Cripple Creek may not be the only local city in the area mulling a citizens’ vote on the prospects of retail marihuana in the future.

As reported in last week’s TMJ News, Cripple Creek city council/mayoral candidates agree that the issue of retail sales of marijuana should be decided by a vote of the citizens.

During a candidates’ forum last week, hosted by the Double Eagle casino and facilitated by TMJ News, all three council and mayoral participants stood behind the idea of putting the issue of legalizing retail cannabis outlets in Cripple Creek to a vote of the people. In addition, another mayoral candidate who didn’t participate in the forum, said yes to the idea of a citizens’ vote on marijuana.

That’s a drastic turn-around from the council’s position several years ago, when the proposition was soundly trounced.

“It is something we should consider. We should put it to a vote,” said Councilwoman Meghan Rozell, one of two candidates for mayor. She contended, though, that potential development of this significance should be decided by the citizens of Cripple Creek and not by five elected leaders.

With this drastic turn around in government thinking, are other cities and entities in the area on a similar page? TMJ News decided to ask Woodland Park council members and the mayor what they think about the subject.

The main justification for the vote to ban recreational pot sales in the city was that it violates federal law. That stand was made by a council with a vastly different makeup than today.

A growing question in the community hinges on what is the council’s stand on legal pot.

Mayor Neil Levy stated, “Tough question. So many pros and cons. I’d have to think about all the ramifications. Sometimes voters are not as educated as they could be and why our republic form of government works so well.”

Councilperson Hilary LaBarre said, “Yes (bring it to a vote). Although, I don’t think this community would support it. However, they should have the opportunity to allow it if they so choose.”

LaBarre qualified her answer stating, “I recently attended the 23rd Annual UCCS Economic Forum where the economic outlook for our nation, state and the county of El Paso was discussed. During the discussion of local challenges and opportunities, the sale of medical mj and recreational marijuana came up. The director of the forum, Tatiana Bailey, Ph.D, warned that, although recreational does bring a great deal of revenue to the businesses it doesn’t necessarily bring it to the city in the form of tax revenue. She warned not to do it for the money. I have considered the fact that recreational marijuana could create an avenue of commerce for this town that could be financially beneficial to other area businesses as well. But with the economist’s warning, I’m not sure it would be wise to consider. I’m also aware that law enforcement would likely never support such a measure.”

Mayor Pro Tem Val Carr weighed in with his thoughts. Carr said, “There is a ballot initiative process whereby any citizen group can put a question on the ballot. I would welcome any citizen interested in working an initiative question for the voters to decide issues. We on council try to represent the will of the people and an initiative passing is the best method to discover that will.”

Councilperson Kellie Case said, “I guess my position is that I would almost always be in favor of allowing the people to vote for things such as this if that’s their desire.”

Councilmen Noel Sawyer and Paul Saunier did not respond by press time. In past comments,, Sawyer has adamantly spoken against allowing marijuana outlets in the city.

However, pro-marijuana supporters may have to wait a little longer to voice their opinions.

There is no proposition on next April’s election ballot regarding the legalization of marijuana in the city of Woodland Park, but it is not too late for someone to initiate the process through the collection of signatures to get such a measure on the ballot. Cripple Creek has an election on Nov. 5, and is already dealing with several other ballot issues.

To date, Manitou Springs is the only local entity in the Pikes Peak region that allows retail marijuana on a limited basis. Several other towns have placed the issue on the ballot, but the majority of the citizens said no.