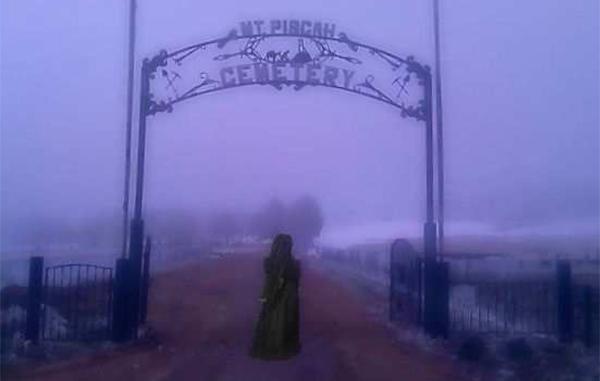 Since the turn of the century gold rush and the devastating fires of 1896, Cripple Creek has abounded with a wealth of historic buildings, many of which feature legendary stories regarding ghosts, special spirits and long-time residents. Here are a few of the most well-known stories that are often retold during Halloween time. 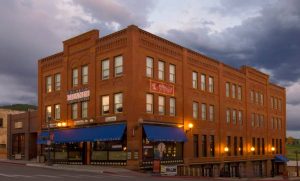 In 1896 The Colorado Grande Hotel was open for business. The hotel featured extravagant décor. Even the wall paper was imported from France.

As time passed and the pioneers of the gold rush grew old and died, some refused to give up their claims to Cripple Creek.

The Colorado Grande is, to this day, host to one of those stubborn residents. The most notable of these stubborn residents is the figure of an Irish woman wearing turn of the century garments. She often smells like roses and is seen playing slots with an unnamed male partner. Given the name Maggie, she has been spotted by security guards working at the casino after hours. She always disappears when anyone attempts to approach her. It is believed she may have been a member of the community and she seems to be relatively upbeat and pleasant despite being deceased. Her ghost has appeared as both a human figure and unexplained blue light.

Katherine Hartz, who once owned a business in the hotel is a friend of Maggie. Hartz says Maggie usually appears on the building’s two top floors, which once housed medical offices and a Masonic Lodge ballroom. Hartz first encountered Maggie in 1968  as she prepared to close up the building for the winter. Hartz was walking down the second-floor hall when she heard the sound of high heels walking on the third floor. She started upstairs to investigate. 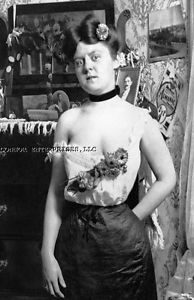 The apparition appeared to be about 25 years old, and was dressed in turn-of-the-century
Gibson Girl style. Her hair was piled up on her head and she wore a white shirtwaist, a long cotton skirt and high-heeled boots.

Hartz says she has never felt threatened by Maggie, adding that she plays a concertina, and sings in a beautiful Irish-accented soprano voice.

Hartz said, “My ghost is a beautiful human being. There isn’t any story. She’s just  a nice person. There are a lot of nice entities in our midst.”

The Grande is not the only hotel in town where those who have passed refuse to give up the ghost. The old vacant Palace Hotel, owned by Century Casino Cripple Creek, is home to other long-time residents who refuse to check out.

The Palace Hotel started out as a drug store, but in 1892, the building was transformed into a hotel. With the influx of the many miners to the region, the hotel also featured one of Cripple Creek’s original gambling dens. As one of only two hotels during Cripple Creek’s 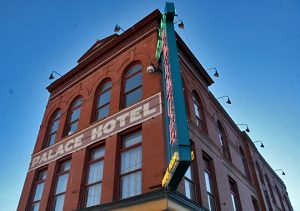 early days, the place was so crowded at times; they even rented chairs to sleep in for $1 per night.

By the turn of the century, the building was owned by a Dr. Chambers and his wife Kitty. Priding herself on service, Kitty offered a number of amenities to her guests, including placing lighted candles throughout the hotel and turning down the beds at night.

When Miss Kitty died in 1908 in Room #3 of the hotel, she evidently wasn’t ready to leave, as stories have it that she continues to reside there. Over the years, guests have told stories of how she continued to provide great service by making sure that the candles were lit and sometimes turning down the beds. Others have reported seeing a vision of Miss Kitty dressed in an old-fashioned white night gown with her long hair down over her shoulders. Yet other people have reported seeing the same figure in the window of Room #3.

Miss Kitty is not the only ghost said to lurk within these historic confines as some suggest other spirits continue to roam the old hotel, including a short fat man, a

tall woman, and a blind piano player. Reports include feelings of being watched; people who feel a gentle nudge as the walk up and down the stairs, crashing noises and footsteps in the halls when no one is there, and strange anomalies appearing in photographs.

In 2008 Don Westcliff was visiting the casino with his wife to celebrate their anniversary. They rented a room in the hotel to spend the night.

Westcliff recalled his encounter with a mysterious apparition. “At approximately 1:30 am, I awoke to hear a scratching sort of sound coming from near our overnight bag. Remembering that I had some beef jerky in the bag, I figured a mouse may have found its way into the bag. I got up and noticed that the bag was touching the bottom of a chair that was in the room. As I leaned on the chair and reached down to grab the bag, I found that the scratching sound was actually coming from the chair itself. The chair was made of stiff leather on a type of rattan or similar wood/vine. I checked the bag and found nothing wrong with it, no mouse or anything else that would make a noise. I moved the bag away from the chair and did not hear the sound anymore.”

“I fell back asleep and about 3:15 am I was in a dreamlike state I think, because I was laying on my left side facing my wife, and in this dreamy state I was trying to move my right arm so as to hold my wife but something was holding my right shoulder tight. I must have awakened while struggling to move my right shoulder and suddenly when I awoke, my shoulder was released. I laid there awake for a few minutes (actually afraid to move) and listening for anything. I turned the television on and watched for an hour or so before drifting in and out of sleep.”

“Then I heard scratching on the sheet behind me, needless to say I was wide awake again and all of a sudden the sheet behind me was pulled tight and bounced back with a slight “popping” sound. I sat straight up, looked around and saw nothing. That was the end of my 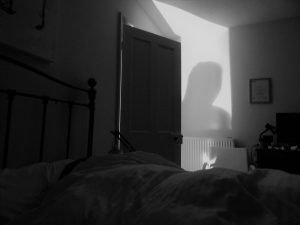 trying to sleep. I said a prayer while remembering my father always saying that a ghost cannot physically harm you, just scare you if you let them. I did not hear or experience anything else the next few hours, but woke my wife up early and told her what I had experienced. She is a very heavy sleeper and recalled nothing. We checked out by 8:30 am and have not been back since.”

Some say Cripple Creek is the most haunted place in America. But others say it is an attribute to imaginative failings of the human psyche and the fact that many of the buildings are extremely old. In any case, Cripple Creek’s ties with ghosts has prompted investigations by specialized experts and television documentaries and led to many tours.

You be the ghost judge.