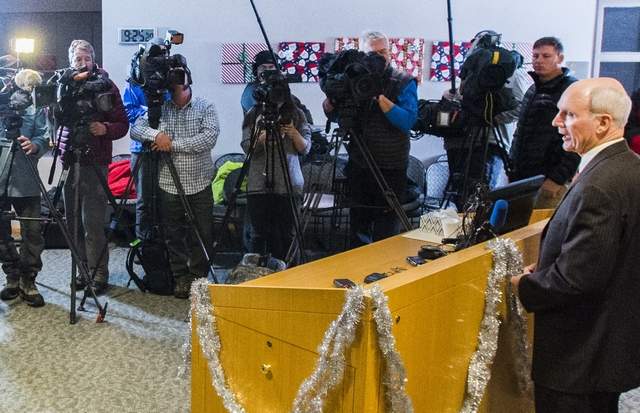 During a recent readiness hearing for local murder suspect Patrick Frazee of Florissant, a motion entered by the defense team was heard regarding live reporting inside the courtroom by reporters via social media platforms.

During the hearing, the judge outlawed either team of attorneys from holding press conferences during the trial and said that he would decide on the live courtroom reporting issue before the trial commenced.

Last Wednesday, District Court Judge Scott Sells decided to side with the defense on the issue when he released the decorum order for the murder trial and the jury selection process. “NO LIVE REPORTING OF ANY KIND is permitted from Division 11, the courthouse or surrounding courthouse property,” the judge said in the decorum order.

This amounted to a big blow for the regional and national media, with law enforcement authorities saying they will enforce this measure and confiscate devices in question. 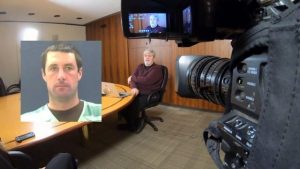 Ever since Frazee started attending court hearings for the eight felonies he faces for the first-degree murder and suspected brutal killing of Kelsey Berreth around Thanksgiving 2018, the case has experienced an unusual amount of media attention. During the first hearing in which Frazee was present, cameras were not allowed inside the courtroom but many media crews were piled in the courthouse to get shots of Frazee leaving the courtroom.

After Frazee’s first court appearance, the judge decided to crack down on the media presence inside the ill-equipped courthouse. He outlawed any audio/video recording and any photography from the courthouse.

However, for the majority of the murder suspect’s hearings up to this point, reporters were allowed to give live updates while the hearings were taking place. The district attorney also previously held press conferences on the sidewalk outside the courthouse building after the hearing to clarify certain issues for the media representatives.

Now, after the decorum order was released last week, news reporters will not be allowed to give live updates on social media platforms from inside the courtroom or anywhere on the property. Neither the defense team nor the prosecution will be allowed to conduct press conferences at all during the trial, all being done in hopes that Frazee will be able to receive a fair trial.

The defense argued to the judge that the excessive media coverage could influence witnesses or in some other way skew the jury’s opinion and affect their verdict. The prosecution has remained silent on the issue as they have not made any statements for or against the restriction of media coverage.

According to Teller County Sheriff Commander Greg Couch, the new rules will not require more security or any further strain on law enforcement agencies. “I don’t think that it (the stricter courtroom rules) will add any strain, I think that it will be up to reporters in the courtroom to abide by the rules because they are now not allowed to do certain things that they could do before the trial actually started,” Couch said. “I just remind everybody that we are officers of the court and if we see any violations of the decorum order we are supposed to take action.  And we could seize the device and we could take it and erase whatever it is. And we would have to notify the judge and there could be contempt proceedings.”

Despite the order, the trial is expected to garner national attention. Some local court observers have even referred to the case as the “trial of the century,” at least for Teller County. This will be the first time, the courthouse in Cripple Creek has hosted a trial of this magnitude in decades.

In the past, cases of this high profile were conducted in Colorado Springs. But a previous district judge maintained that the courthouse in Cripple Creek should regain its status as the county’s seat and Teller’s judicial hub of the Fourth Judicial District. 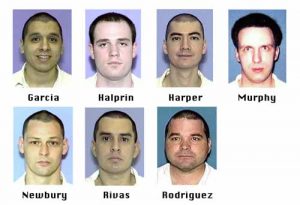 The last time, the courthouse had this much buzz was when members of the Texas Seven fugitive gang were escorted into the main courtroom for various extradition hearings nearly 20 years ago. They were captured in Woodland Park in the winter of 2001 following a prison breakout in Texas and a subsequent armed robbery and murder.

In the Frazee case, both sides have established defined strategies, based on preliminary news reports. The prosecution will undoubtedly unveil a considerable amount of evidence, capped by the testimony of  Frazee’s former mistress, Krystal Kenney Lee.  Lee, who has stated that Frazee killed Berreth with a baseball bat and that she helped clean up the crime scene, has agreed to testify against the Florissant resident. The defense, though, plans to seriously question her credibility.

If convicted of murder, Frazee faces life behind bars with no chance of parole. He will not face the death penalty, as part of a previous decision by the District Attorney’s Office.